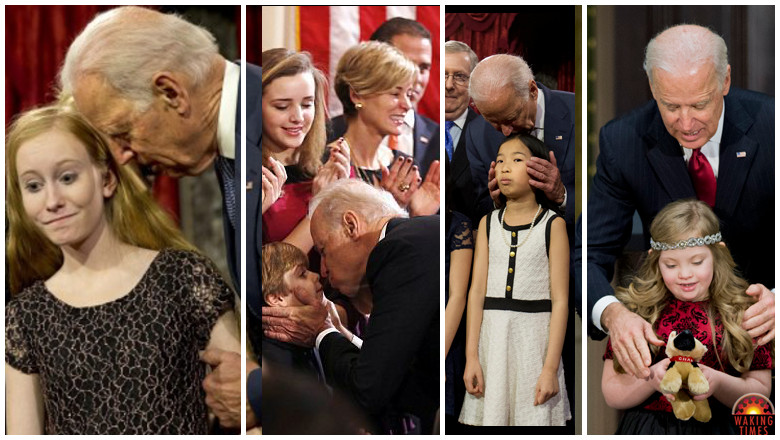 Joe Biden has been a power player for almost half a century. From his election to the Delaware Senate in 1972, to his 8 year position as Vice President of the US from 2009-2017, he is a model example of how a politician operates.

He gained from his voting in the Senate every step of the way and used his influence to further the agenda of the system for decades. He passed politics and profiteering onto his sons, using his power to pave a path for their personal gain as well.

Joe Biden was born to a father who lived extravagantly, who apparently retired with little wealth. Not much is known about Joe Biden Sr., or how he earned his wealth, but a little bit of info can be garnered from this NY Times article::

“Joe Sr. had it all in his 20s, sailing yachts off the New England coast, riding to the hounds, driving fast cars, flying airplanes. A decade later, he found himself with a wife and four children living in a two-bedroom apartment in a dreary, treeless suburb of Wilmington, selling used cars.”

Biden was raised in a Roman Catholic family. Born on November 20, 1942 in Scranton, Pennsylvania, his family moved to Wilmington, Delaware shortly after his birth, where he lived most of his life.

The fact that he is from Delaware reminds me of Jay Parker’s story. Parker claims to be a victim of extremely traumatic, violent sexual abuse as a child, witnessing the sacrifice of children and other unspeakable acts carried out by a cult in Arden, Delaware that is connected to high echelons of power.

His presentation at the third Free Your Mind Conference explains the allegations.

If Jay Parker’s allegations are true, Arden, Delaware has been a center of high level pedophilia and what can only be described as satanic ritual activity since at least the 1950’s. Arden is a 15 minute drive from Wilmington, Delaware.

It might be a stretch, but Biden was raised 15 minutes away from the place where Jay Parker said he was abused during the same years. If this is significant, perhaps it can explain why Joe Biden gropes children in front of everyone and exhibits the behavior of a pedophile today.

This video analyzes Joe’s body language as he groped children at the White House.

After graduating from school, Biden decided to pursue politics in college.

He earned a BA in 1965 from the University of Delaware, majoring in political science and history. In 1968, he graduated from the next school, Syracuse University College of Law, and he avoided the Vietnam War draft through student draft deferment and then the fact that he had asthma as a teenager.

By the late 60’s, Biden practiced law, as a public defender and a few other occupations. Eventually he won a seat on the New Castle County Council, and 3 years later became a Delaware Senator in 1972. The year he won, his wife and 1-year-old daughter died in a car accident, which also severely injured his two sons. This is commonly referenced in biographies of Joe Biden.

This is what Biden actually did with his power.

Campaigning as a Democrat, appealing to the common people and promising to oppose the Vietnam War and do the usual nice things politicians say they will do, he started off with his family members taking positions in his campaign, including his sister who would be vital in his future work, according to mainstream sources. This may suggest his family was involved with power, and he was introduced to politics at an early age.

Years after his family helped him campaign, both his sons became involved with power, from politics to corporate power backed by government figures and policy. One son, Beau Biden, passed away in 2015 after suffering from brain cancer. According to Wikipedia:

“Biden’s elder son, Beau, became Delaware Attorney General and an Army Judge Advocate who served in Iraq; his younger son, Hunter, became a Washington attorney and lobbyist. On May 30, 2015, Beau died at the age of 46 after a two-year battle with brain cancer. At the time of his death, Beau had been widely seen as the frontrunner to be the Democratic nominee for Governor of Delaware in 2016.”

During 36 years of influencing what laws are enforced by the US government, he has consistently been a supporter of the prison system, gun control, and things that advance the agenda of deteriorating people’s freedom and tightening the state’s grip on citizens. He claimed to be against most of the things people opposed, but behind the scenes he spent his career slowly increasing the power of the state.

In the 1980’s he contributed to the prison system, inviting harsher punishments by overseeing the passage of the Comprehensive Crime Control Act of 1984 as Democratic floor manager.

In the 1990’s, he pushed a hard-line with the death penalty, extending the list of crimes that could put people on death row. One of the worst things he’s ever done was creating and passing the Violent Crime Control and Law Enforcement Act of 1994.

The act also, according to Wikipedia:

– made “membership in gangs a crime”
– “authorized the initiation of “boot camps” for delinquent minors”
–  “made drug testing mandatory for those serving on federal supervised release.”
– “included a three-strikes provision addressing repeat offenders”

It even cut higher education for prison inmates. Biden massively expanded the prison system and contributed to the incarceration of untold numbers of people. The act was justified in the media by the 1993 Waco Siege, and was signed into law by Bill Clinton.

The Oklahoma City Bombing occurred a few months after the Biden Crime Law went into effect in 1995, making the sequence of events look like quite a calculated path toward hegemony if you understand a few things about the bombing that can be garnered from this Corbett Report documentary.

Biden’s work fit into the actions of Clinton like a hand into a glove. If you understand how Clinton participated in bringing cocaine into the US, and you understand the CIA connection to the drug epidemic of the 80’s and 90’s, you can see the full picture: Biden was a man helping the prison system catch-all the people influenced by the drug epidemic helped along by his own peers.

He became tight with the Clintons in the 90’s, solidifying an alliance that would influence the Obama Administration-Clinton connection in the 2010’s decade.

In 2005, he co-sponsored a Homeland Security Grant Program Amendment. It’s purpose was “To establish a Homeland Security and Neighborhood Safety trust Fund and refocus Federal priorities toward securing the Homeland, and for other purposes.” This is one small example of his consistent work, which can be found at this website examining his voting record.

Like his peers, he fear-mongered in the wake of 9/11, and from beginning to end used his power to increase government’s ability to use force against people.

He continued the prison system support and gun control agenda as Vice President: it was an 8 years so rich with efforts at this it can hardly be summarized in one article.

As Vice President, he helped crack open countries such as Ukraine for the benefit of his politician children. His son Hunter Biden was a beneficiary of the destruction of Ukraine.

At the expense of all the lives lost in Ukraine, Hunter Biden profited from Ukrainian gas company Burisma Holdings. Hunter joined the Board of Directors of Burisma in April 2014, despite Joe Biden calling the Ukrainian situation a pile of corruption, to paraphrase.

In 2016, headlines were made about how he is still buying Ukrainian gas. According to an article translated and republished on Centre For Research on Globalization:

“Entrepreneur Hunter Biden has acquired equity securities of a company in the country which his father, Vice-President of USA Joe Biden, called the most corrupt in the world.

An American businessman is increasing his assets in the energy sector of Ukraine through a third party.

According to available information, the Canadian firm Serinus Energy sold a 70 percent stake in KUB-Gas Holdings Limited company Resano Trading Ltd for $30 million – an affiliate of one of the largest Ukrainian gas companies Burisma Holdings.

As a reminder, in April 2014, Hunter Biden joined the Board of Directors of Burisma Holdings. It is noteworthy that the British side had frozen their bank assets worth $23 million, allegedly belonging to the ex-Minister of ecology Mykola Zlochevsky. Moreover, the cancellation of this judicial decision caused outrage from the U.S. Ambassador to Ukraine Geoffrey R. Pyatt.”

Burisma Holdings is the epitome of a fascist corporation: fascism of course meaning, the merger of government and corporate power. It is the largest non-government gas producer in Ukraine, but it is strategically based in Cyprus, a European tax haven.

The former Polish president (president for 10 years) Aleksander Kwaśniewski joined the Board of Directors in 2014, a few months before Hunter Biden. It’s a company involved with government power to the core.

It was founded by former Ukrainian ecology minister and deputy national security council chair Mykola Zlochevsky: a man in an authority position alleged to protect the environment. He eventually fled the country, wanted on corruption charges, until he was cleared of the charges in January 2017, along with Burisma’s charges, angering many people. While being a fugitive, he still made profit. Headlines were made about how he owned an upscale fashion store in downtown Kyiv, and that’s the least of it.

To take it further, here is one more example of government power in Burisma. According to Wikipedia:

This article can only barely scratch the surface of the Biden family’s history consolidating power in government, playing in the system.

I personally feel there is something deeper here, and that Joe Biden is part of something much deeper and more sinister than we can prove. Perhaps it lies in his Roman Catholic, Delaware upbringing, or his father who somehow was wealthy enough to ride on yachts in his 20’s. It probably lies in his alliances made later in life, with the Clinton clan and similar individuals and entities.

There is something else to this family’s story, and they will probably not cease to be power players any time soon. Hopefully this article can serve as a framework to a deeper understanding of these people, who threaten the freedom and prosperity of citizens from the US to Ukraine.

Pedro Aquila is a staff writer for Waking Times.

This article (Joe Biden – Biography of a Big Government Creep) was originally created and published by Waking Times and is printed here under a Creative Commons license with attribution to Pedro Aquila and WakingTimes.com. It may be re-posted freely with proper attribution.