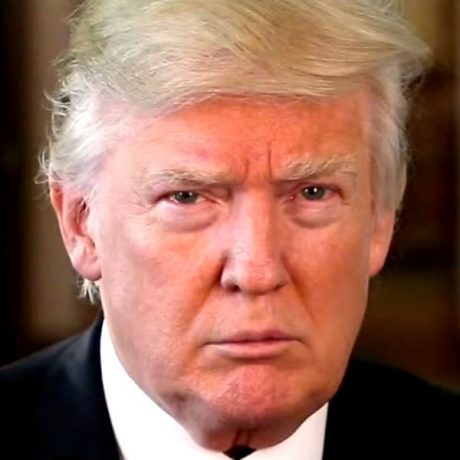 The wolves are circling, and members of Congress from both political parties are now openly talking about impeaching President Trump.  On Wednesday, speculation of a looming Trump impeachment sent stocks plunging.  The Dow was down 372 points, and the S&P 500 and the Nasdaq both experienced their largest declines in eight months.  This downturn was sparked by a New York Times report that said that a memo that FBI Director James Comey wrote in February stated that Trump requested that Comey “end the investigation into former national security adviser Michael Flynn”.  Democrats and Republicans are both jumping on this memo as potential evidence of “obstruction of justice”, but as I will explain below, even if everything that Comey is saying is true there is no evidence of obstruction of justice in this case.  However, perception is often more important than reality, and at this moment Wall Street and many of Trump’s fellow Republicans in Washington believe that the Trump administration is coming apart at the seams.  After the events of this week, it is clearer than ever that it is imperative that we get Trump some friends in Congress in 2018.

But now that the Trump administration is deeply embroiled in controversy, many fear that Trump’s pro-business agenda will never become a reality…

“A week ago, we were talking about the agenda grinding to a halt,” the Republican said. “Now, the train is going down the hill backwards.”

And even before Wednesday’s revelation about Comey’s memo, some top Republican leaders were already disavowing Trump’s agenda.  For example, just check out what Bloomberg is reporting about Senate Majority Leader Mitch McConnell…

Earlier Tuesday, Senate Majority Leader Mitch McConnell said he’s prepared to block Trump on many of his proposed budget cuts and won’t support major tax cuts that add to the deficit. Nor would he commit to building Trump’s border wall.

The financial markets had already “priced in” big tax cuts, reduced regulations and a massive increase in infrastructure spending.

If the markets believe that none of those things are going to happen now, that is likely to result in a significant downturn for stocks.

Of course the Democrats are just thrilled by these latest developments.  U.S. Representative Jim Himes told MSNBC that the Republican agenda is now “lying in ruins on the floor of this building”…

Speaking earlier on Wednesday, Rep. Jim Himes (D-Conn.), a member of the House intelligence committee, said the Republican legislative agenda “is lying in ruins on the floor of this building.”

“It was tenuous when they got through their so-called health care bill in the House.  You can still see blood on the floor here for what it cost them to get that through the House,” Himes told MSNBC’s “Morning Joe” in an interview from the U.S. Capitol.

“Now, you know, things like tax reform , which is, you know, very, very difficult in the best of times — with that cloud, with this cloud, hanging over this building, that legislative agenda is all but gone.”

Previously, I have warned about the “gangster culture” in Washington D.C., and the truth is that the “Deep State” has been out to get Trump since the moment he was elected.

There are thousands upon thousands of laws that apply to the presidency, and the jackals among the establishment have been waiting for Trump to trip up just a little bit so that they can try to take him down for good.

And things are starting to move very quickly now.

Within hours of the revelation about the Comey memo, Democratic Representative Al Green called for Trump to be impeached from the House floor: “This is about what I believe. And this is where I stand. I will not be moved. The president must be impeached.”

It isn’t much of a surprise to see this sort of rush to judgment from the Democrats, but the speed at which Republicans are turning on Trump is more than just a little bit alarming…

-Senator John McCain raised the specter of impeachment when he told the press that the crisis surrounding Trump has reached “Watergate size and scale”.

-McCain’s partner in crime, Senator Lindsey Graham, released a statement that said he “will follow the facts — wherever they may lead”.  Graham has always been one of Trump’s biggest critics, and he clearly is ready to move forward with impeachment.

-According to the Hill, U.S. Rep. Justin Amash is saying that if Comey’s memo is true “it would merit impeachment”.

But what none of them understand is that Trump has not committed any crime.

As a former lawyer with two law degrees (a JD and an LLM), it is my opinion that even if everything in Comey’s memo is true (and that is a big if), it still would not mean that President Trump is guilty of obstruction of justice.

And I am far from alone in this regard.  Someone that agrees with me is ultra-liberal George Washington University law professor Jonathan Turley…

A good place to start would be with the federal law, specifically 18 U.S.C. 1503. The criminal code demands more than what Comey reportedly describes in his memo. There are dozens of different variations of obstruction charges ranging from threatening witnesses to influencing jurors. None would fit this case. That leaves the omnibus provision on attempts to interfere with the “due administration of justice.”

However, that still leaves the need to show that the effort was to influence “corruptly” when Trump could say that he did little but express concern for a longtime associate. The term “corruptly” is actually defined differently under the various obstruction provisions, but it often involves a showing that someone acted “with the intent to secure an unlawful benefit for oneself or another.” Encouraging leniency or advocating for an associate is improper but not necessarily seeking an unlawful benefit for him.

Then there is the question of corruptly influencing what? There is no indication of a grand jury proceeding at the time of the Valentine’s Day meeting between Trump and Comey. Obstruction cases generally are built around judicial proceedings — not Oval Office meetings.

You can’t charge someone with a crime just because you don’t like that person.

We are not supposed to be a nation that conducts witch hunts.  The law is supposed to be applied equally to all of our citizens, and that includes the president of the United States.

I know that the left and the establishment Republicans that hate Trump would love to use the law as a weapon to remove Trump from office, but the truth is that there is no evidence that Trump has done anything wrong.

And if the law was actually applied objectively in our land, it is quite likely that Barack Obama, Bill Clinton and Hillary Clinton would all be in very hot water about now.  The following comes from Mike Adams of Natural News…

Keep in mind that these same discredited media outlets gave Obama a pass when he laundered $1.7 billion in cash and delivered it to Iran on a military cargo plane.

They are the same fake news media that looked the other way when Bill Clinton met with Loretta Lynch on the tarmac in a private meeting to pressure Lynch to back off any potential criminal investigation of Hillary Clinton’s long list of crimes.

They are the same anti-American media that said nothing when Hillary Clinton cheated during the presidential debates by receiving the debate questions in advance from CNN. (She also pre-sold her anticipated presidency by collecting tens of millions of dollars in “donations” and “speaking fees” from foreign interests.)

They are the same media that stood silent when former President Obama weaponized the IRS to suppress the speech of conservative non-profits. Similarly, nobody in the media seems to be alarmed at all that Obama abused the state surveillance apparatus to spy on his political opponents such as Rand Paul.

For much more on the crimes of the Clintons in particular, I would commend a book by Edward Klein entitled “Guilty as Sin: Uncovering New Evidence of Corruption and How Hillary Clinton and the Democrats Derailed the FBI Investigation”.  The fact that neither of the Clintons have ever been to prison says a lot about the state of criminal justice in America today.

It is literally going to take a miracle for Trump to survive the next couple of years.  If he can do that, we can definitely greatly strengthen his hand by sending hordes of Trump supporters to D.C. during the mid-term elections in 2018.

If the impeachment process moves forward, there are a whole lot of Republicans that would gleefully plunge knives into Trump’s back.  So Trump needs to be very careful, because he doesn’t have a lot of true friends in Congress at this point.

This is why we can no longer vote for someone just because they carry the label of “Republican”.  What we really need is a conservative revolution in this country, and my hope is that we can start a movement that will turn Washington D.C. completely upside down.