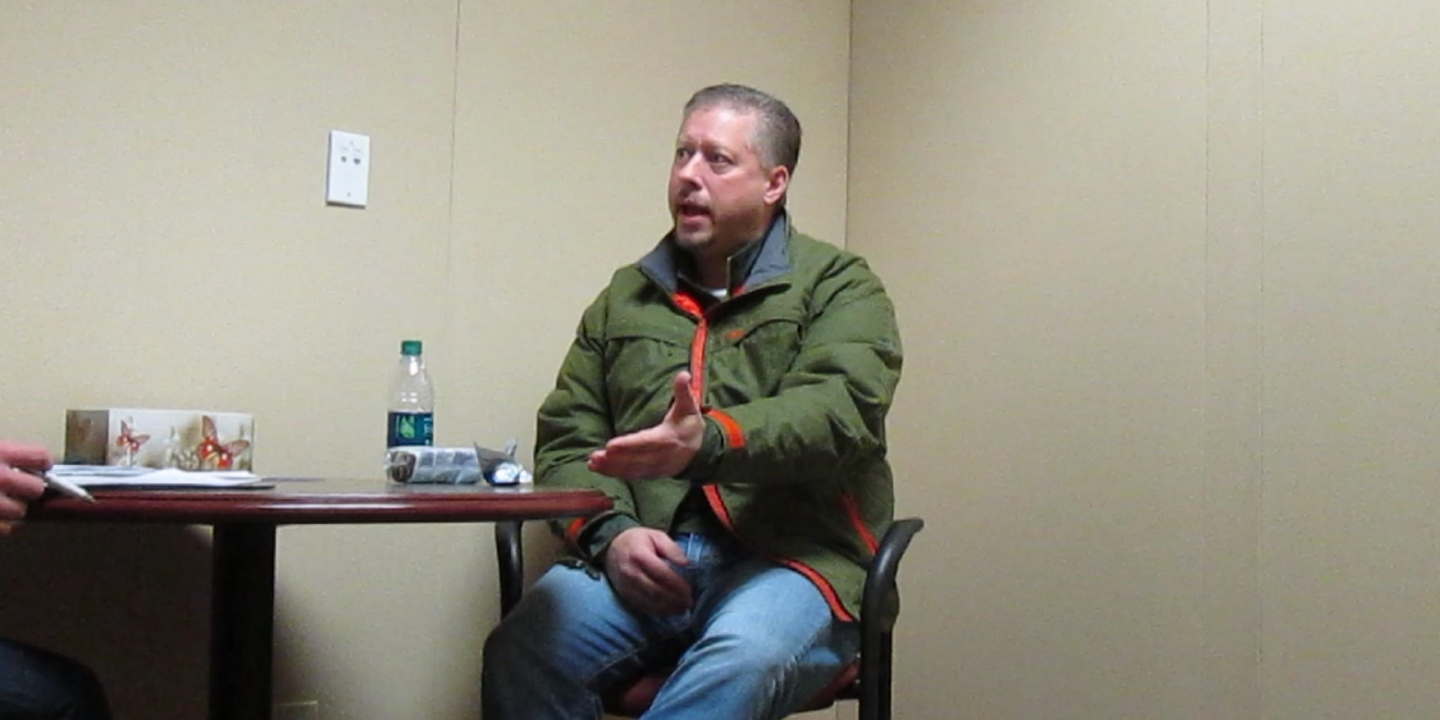 In a similar fashion as to how the prosecution in the Bundy Ranch trials tried to hide Bureau of Land Management agent Daniel P. Love’s misconduct, they seem to have failed to disclose an FBI agent’s arrest for impersonating a journalist/private investigator.

Charles Johnson, undercover agent of “Long Bow Fame,” was busted last year in Colorado for impersonating a private investigator and the government failed to inform the defense of this fact.

Trevor Aaronson reports from The Intercept:

It was February 2016, just a couple of weeks after members of the Bundy family and their supporters were arrested following the standoff at Malheur National Wildlife Refuge. At the time, Glendale’s civic life was dominated by debate over a $175 million development proposal, called Glendale 180, to create a new nightlife and entertainment district. Glendale Mayor Mike Dunafon has led the campaign to remake the city. An eccentric politician who lives in a home that looks like a castle — it has its own website — Dunafon ran as an independent for Colorado governor in 2014. Wyclef Jean even produced his official campaign song.

But Dunafon’s plans for remaking Glendale have been stalled by a local businessman named Mohammad Ali Kheirkhahi, who runs a Persian rug store on land he owns that would be a centerpiece of Glendale 180. Glendale wanted to purchase the land for the entertainment district, but Kheirkhahi had proposed developing a high-rise condominium tower on the site. The city’s tiny newspaper, the Glendale Cherry Creek Chronicle, opposed the condo development proposal, referring to it as the “Tehranian Death Star.” The newspaper quoted several citizens in its pages expressing opposition to Kheirkhani’s residential development. For reasons that remain obscure, Johnson started door-stopping people who were quoted in the newspaper, according to police records obtained by The Intercept.

On February 20, 2016, Johnson showed up at the apartment of Sherry Frame, the Glendale city clerk. Johnson didn’t identify himself as an FBI agent. Instead, he said he was an “investigative consultant” who was hired to look into an ethics complaint. As part of that inquiry, Johnson said he needed to talk to Frame.

Feeling threatened by the unannounced visit to her home, Frame called police. Detectives soon discovered that Johnson had also stopped by the homes of two people who worked at Shotgun Willie’s, a local strip club owned by Mayor Dunafon’s wife. A police officer called Johnson’s number and left a message. Johnson returned the call and left another message. Nothing more happened, until the undercover FBI agent returned to town on March 15, 2016, and contacted Douglas Stiff, a disc jockey at Shotgun Willie’s. Stiff agreed to meet with Johnson at a local restaurant, and then he too called the Glendale police.

This eventually led to police arresting Johnson and charging him with unauthorized practice of private investigations and issued a summons to appear in court. However, prosecutors dropped the charges after they received a letter from the FBI, which was headed at the time by none other than James Comey.

Johnson was one of several FBI agents who lied to Cliven Bundy and his family and recorded hundreds of hours of audio and video, claiming that he wanted “a truthful documentary,” but he was setting them up all along. Some of that footage has been used in the Bundy Ranch trials already and Johnson testified in March during the first round of defendants’ trial. Still, the prosecution saw fit not to disclose this information to the defense or the court.

“I think it’s absolutely material that could impeach the witness and should have been turned over to us,” said Bret Whipple, Cliven Bundy’s attorney. “He was breaking local law while acting surreptitiously.”

Deb Jordan with Guerilla Media Network and co-host of The Pete Santilli Show commented that this is “the third time the government has been caught withholding information that could be used to impeach a major witness for the prosecution in the Bundy case.”

“So far, the government has concealed that Greg Burleson had once been a paid informant and allowed at least two of his handlers to take the stand for the prosecution without revealing that knowledge to the defense,” she added. “Neither did they inform the defense that Special Agent In Charge Of Bundy Ranch Cattle Slaughter, BLM Dan Love – who was once their key STAR witness — was found guilty of misconduct by the Inspector General, and now THIS!”

Comey has backed the unethical and deceptive practice of having agents lie about who they are, including posing as journalists and an Associated Press Editor.

Comey wrote, “…technique [the FBI used to identify and apprehend the individual who sent the threats] was proper and appropriate under Justice Department and F.B.I. guidelines at the time” and that “[t]oday, the use of such an unusual technique would probably require higher level approvals than in 2007, but it would still be lawful and, in a rare case, appropriate.”

Previously, Comey wrote, “That technique was proper and appropriate under Justice Department and FBI guidelines at the time,” he wrote in a New York Times op-ed in November 2014. “Every undercover operation involves ‘deception,’ which has long been a critical tool in fighting crime. The FBI’s use of such techniques is subject to close oversight, both internally and by the courts that review our work.”

He said it was “lawful and, in a rare case, appropriate.”

Apparently, at the FBI, the ends justify the means.

In October 2016, the Inspector General wrote:

Over the course of 1 week in June 2007, a 15-year old high school student emailed a series of bomb threats to administrators and staff at Timberline High School, near Seattle, Washington. The threats caused daily school evacuations. The individual used “proxy servers” to e-mail the bomb threats in order to hide his location. When local law enforcement officials were unable to identify or locate the individual, they requested assistance from a cybercrime task force supervised by the Federal Bureau of Investigation’s (FBI) Seattle Field Division.

The FBI did not publicize the assistance its agents provided local law enforcement. However, on July 18, 2007, 2 days after the individual pleaded guilty, an online technology news website published an article that detailed the method by which the FBI identified the individual. Seven years later, in October 2014, The Seattle Times published an article that disclosed the fact that an FBI employee posed as a member of the news media when it contacted and then identified the subject as the author of the bomb threats. Later that same month the AP sent a letter to then-Attorney General Eric Holder protesting the FBI’s impersonation of a member of the news media in connection with the FBI’s investigation of the bomb threats. In addition, several newspapers wrote articles questioning the tactics the FBI used to identify and arrest the subject who sent the threats.

Consider that the same FBI was distributing child pornography via Operation Pacifier in 2015 in clear violation of federal law in order to catch people who viewed it! And let’s not forget Mr. Comey’s corrupt $6 million deal with a Clinton Foundation Defense Contractor and tampering with Clinton evidence.

Not only is the FBI actively engaging in activities that are deceptive, but can have a very real and chilling effect on the freedom of the press and free speech. Meanwhile, a tyrannical government continues to incarcerate men for over a year who have committed no violent acts and have not been convicted of a crime, and have yet to have their day in court.