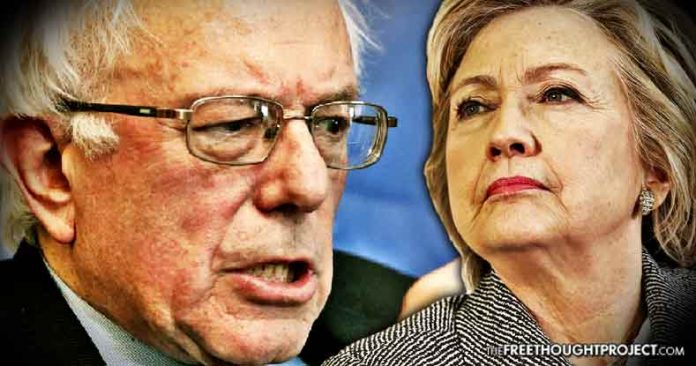 “This seems like an important case,” attorney Cullin O’Brien implored the apathetic American corporate press, discussing a class-action lawsuit against the Democratic National Committee with LifeZette this week, “as important as you can get.”

If you aren’t familiar with the lawsuit in question, blame the mainstream presstitutes — and the corporations responsible for their organizations — who are apparently otherwise preoccupied regurgitating unconfirmed, flimsy ‘reports’ from unnamed ‘officials’ declaring President Trump a de facto Enemy of the State for sharing classified information on Daesh with the Russians, just as his predecessor did, last year.

But the mainstream press has effected a “total blackout.”

To wit, Jared Beck, lead attorney in the case, lamented the “mainstream media blackout,” and told Redacted Tonight’s Lee Camp the same outlets plastered headlines during the cases of OJ Simpson, Casey Anthony, and George Zimmerman — a logical comparison, given the potential for suit to shred the Democrat establishment.

Attorneys for supporters of Bernie Sanders in the 2016 election brought the class-action suit against former DNC chair, Debbie Wasserman Schultz and the DNC over allegations of fraud — a case strongly supported in communications between the campaign of Hillary Clinton and officials with the Democrat organization.

Schultz stands accused, per the complaint, of “intentional, willful, wanton, and malicious” conduct for violating the DNC charter, whose Article 5, Section 4 states, the chair must “exercise impartiality and evenhandedness as between the Presidential candidates and campaigns.”

Fraud is only one example of the misbehaviors 150 donors to the DNC and Sanders campaign allege occurred throughout the election season — and attorneys say all the evidence necessary can be found in authenticated documents published by Wikileaks.

“We are bringing fraud claims on behalf of those who paid money to the Bernie Sanders campaign, believing that they were participating in a fair and impartial political process,” Beck told Camp. “And that turned out not to be the case as WikiLeaks and Guccifer 2.0 documents show us beyond dispute.”

But the DNC bit back, pompously arguing its charter does not hold the weight of contractual obligation — thus, the organization remains unbeholden to follow its own rules.

“It’s not a situation where a promise has been made that is an enforceable promise,” contended Bruce Spiva, lawyer for the DNC, according to transcripts of court proceedings. “We could have voluntarily decided that, ‘Look, we’re gonna go into back rooms like they used to and smoke cigars and pick the candidate that way.’”

Spiva and other defense counsel justifying the astonishing scale of unethical behavior by Schultz and the DNC as adhering to the rules dismiss the gargantuan elephant in the room — legality in no way equates morality. Nor does proffering such an argument do anything to mend the deep and bitter ravine cleaved by the DNC for cold-shouldering millions of Bernie Sanders supporters when it instead proved obstinate fidelity to Hillary Clinton’s candidacy.

But the law might not stand with the DNC.

Parties to the lawsuit, LifeZette reports, “also accuse the DNC and its chairwoman, Wasserman Schultz, of negligent misrepresentation, violation of a local District of Columbia law, unjust enrichment, breach of fiduciary duty, and negligence for failing ‘to use and exercise reasonable and due care in obtaining, retaining and securing the personal and financial information provided to them’ by people who donated to the committee.”

On April 25, DNC attorneys filed a second motion to dismiss the lawsuit, which is currently pending and is the last obstacle before the discovery process — when evidence, primarily from the private communications in documents and emails, will be presented.

Beck told the Redacted Tonight host, “There can be no reconciliation between the victim and the defendant — the perpetrator of frauds — until there has been justice. Honestly, if the Democratic party is seeking unity in a bona fide manner, then it also needs — I believe as part of that mission — has to come to terms with the fact that the people that we represent demand and need justice for what happened.”

Support, however, could be difficult to garner under the oppressive silence on the lawsuit — particularly as it extends well beyond traditional media.

“The media blackout of the case has been so extreme,” LifeZette continues, “that a Tuesday search in Google News for lead plaintiff ‘Carol Wilding’ and DNC produced just one article. Not one article in the past month or year. But one article total, a May 13 piece on the liberal progressive website Salon, ‘The DNC’s elephant in the room: Dems have a problem — it’s not Donald Trump.’

Of course, the silencing of publicity over the lawsuit by the bulk of corporate press could hardly come as a shock — revealed in documents published by Wikileaks was unabashed collusion between mainstream media and both the DNC and Clinton campaign.

Impartial — or, at least, uninfluenced — reporting fell by the wayside in the clamor to install Clinton at 1600 Pennsylvania Avenue.

Newsweek reports Scott Bolden, a Democratic strategist and former chair of the D.C. Democratic Party — who likened the critical lawsuit to a mere frivolity at this juncture, prior to midterm and 2020 elections — asserted there should be unanimity against “the real opponent,” the administration of Donald Trump, as well as the GOP.

“The DNC is not as dangerous as Donald Trump is,” Bolden told Newsweek on Wednesday. “Sanders supporters are forceful, they’re vocal, but they haven’t learned how to win yet. The importance of the DNC fraud lawsuit is that it shows they’re trying to change the rules and regulations and the leadership of the DNC so they can win in upcoming elections.”

For proponents of the lawsuit and former supporters of the Sanders campaign, however, dismissing that the DNC played bait-and-switch last year cannot be unanswered — lest the cleft become unbridgeable.

“What if Apple went into a court of law and said, ‘We actually don’t believe we have any enforceable obligations to our shareholders,’” Beck rhetorically queried during a recent interview. “What do you think would happen to the Apple stock price?”

Party insiders — inexplicably ignoring the depth of pain experienced by duped Democratic voters — find that point moot. Rather than harpoon putative past transgressions, Bolden observed, it would be in the Party’s better interests to engage effective campaigns to oust the Trump Administration and the Republican-led Congress in upcoming elections.

“I think the Democrats are still trying to win support from Sanders supporters, and whether they have been successful to date is still an open question,” Bolden opined. “You still have this lawsuit. You still have progressive factions who believe they and Sanders were wronged by the DNC. But at the end of the day, you can’t prove he didn’t get enough votes to beat Hillary because of the committee’s actions. … What you can do is move forward together, which is something [DNC Chair] Tom Perez and Sanders will have to continue to fight for.”