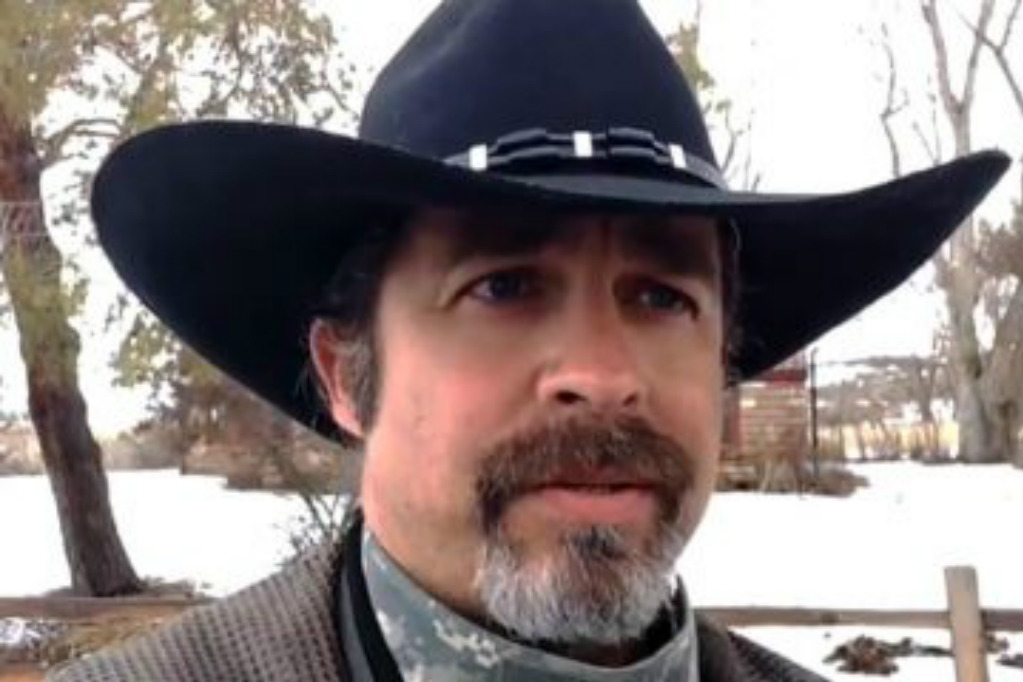 Political prisoner and reporter Pete Santilli recorded audio in which he gave an update on what has been taking place in Nevada behind the scenes of the Bundy Ranch trials. He expressed disappointment that the people have not heard the truth in the trials and that his rights and the others to have due process via a speedy trial have been trampled upon.

“If Americans knew what was happening here in Nevada, they would be outraged!” said Santilli via a phone call from the Souther Nevada Detention Center in Pahrump, Nevada.

Santilli thanked his supporters and urged unity among them. He then encouraged them to share with their friends in America what is going on.

“What this story is about, if you were to come to somebody that has no idea what’s happening here in Nevada with the American patriots, with people like myself, a journalist who has been incarcerated for the words that he used on his radio show here in the united States,” he said. “This story is about the Obama administration, the Clintons, Loretta Lynch, James Comey, the FBI director, and Harry Reid rounding up a bunch of American patriots who, since dating back to 2014, wanted to free western lands from government control.”

Santilli then pointed to the protests at both Bundy Ranch in 2014 and the protest in Oregon in 2015-16 as evidence of what he was saying. He then reminded people of who was actually using military-style force, the government. The force culminated in the murder of LaVoy Finicum.

“The FBI covered up those details,” he said. “The US government has protected their employees, who are guilty of this conduct going all the way back to 2014.”

After more than a year in jail, no central government figure or agent have been held accountable for their hand in any of this.

Santilli said the indictment against he and others was “fraudulent” and was made public by “lying, flamboyant” federal prosecutor Steven Myhre, whom Santilli says is “known for misconduct and ethical violations.”

“He [Myhre] went before a federal grand jury and blatantly lied in order to indefinitely detain all 18, 19 American patriots here in the state of Nevada,” Santilli said.

He went on to say that those who were arrested were declared by Myhre a “danger to society” and “flight risks,” though they never harmed a soul. Santilli also said the former Attorney General Loretta Lynch signed off on his arrest because his constitutionally protected free speech as a reporter is “too dangerous for society.”

From the judge to Myhre to Lynch, Santilli rightly calls them “Communists.” In fact, in May 2016, after being denied pre-trial release by Judge Gloria Navarro, he cried out in the courtroom, “I’m a journalist. This is what they do in Communist China!”

This is a huge story about whether central government is following the Constitution or not. These men are not receiving a speedy trial and not being given their day in court while the federal prosecutors want round two against 4 previously tried defendants who faced a hung jury. It’s so bad on the prosecution’s part that they actually submitted a response to Mel Bundy’s claim that he was being denied a speedy trial, something that is supposed to be guaranteed under our Constitution in the Sixth Amendment, that he could be held up to five years without a trial and it not be a violation of his rights.

While those who are accused of murder in Nevada can be granted release on bail, not one of these men have been granted such.

Now, the feds want to claim to use things that happened after Bundy Ranch, such as participation in the III% militia and Oathkeepers to bolster their claims that the defendants were involved in a conspiracy against the government.

In recalling the first trial, Santilli says that the prosecution was “gloating over the perjury” that was taking place by every federal agent that was testifying. Now, the prosecution is going to spend millions more of taxpayer dollars on a retrial of four men and push the second round of trials, which includes Santilli into September or October, almost two years after being arrested! And while the government has dismissed the remaining charges against the two men found guilty in the first round, they are unwilling to do that for the four men whom the jury could not reach a guilty verdict.

In speaking of Judge Navarro, Santilli said that she was appointed to the bench “without any experience as judge.” Consider that it was former US Senator Harry Reid that worked behind the scenes to put her on the bench, even though up until 2010, she had been only an attorney. Then, she became a federal judge, just like that! This woman has denied every single defendant a pre-trial release and yet, there really is no basis for such denials. Each one of these men wants their day in court so that they can expose who the real criminals are: The FBI, the BLM, politicians, federal agents, prosecuters and judges.

All these men have done, said Santilli, is to come to the aid of the Bundy family, who have been ranchers in the West since 1877, against a heavily armed and militarized Bureau of Land Management army, complete with snipers.

Take a listen to some of the tactics the prosecution is using against these men beginning around the 8:30 mark in the audio below and then call upon your representatives in Congress and your president and those representatives in Nevada to put an end to this corrupt and unconstitutional conduct by the employees of the central government.