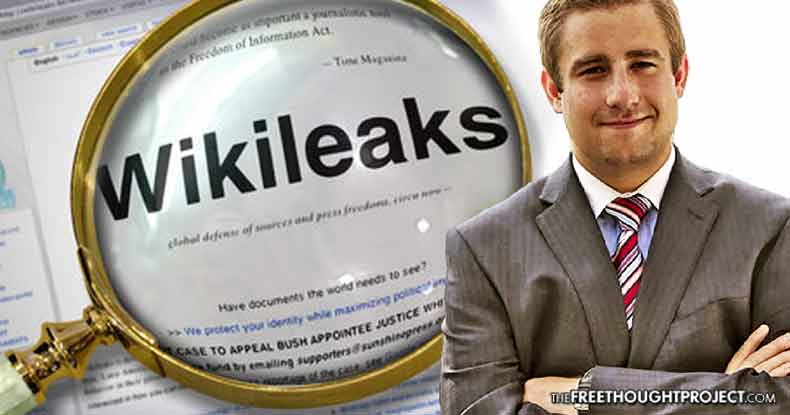 Immediately after Gingrich made his remarks, The Daily Caller News Foundation (DCNF) wrote a story titled, “Newt Gingrich Spreads Debunked Story About Murdered DNC Staffer,” written by Chuck Ross. Ross regurgitated the debunking talking points the establishment seems to be clinging to, that Rod Wheeler recanted his story, and that Rich’s family says all the talk surrounding their son’s assassination is fodder for conspiracy theory.

It’s understandable they’d feel that way. However, depending on how the story is spun, their son can either come across as a traitor (for leaking DNC documents to foreigners) or a hero (for blowing the whistle the DNC actively worked to promote Clinton over their handpicked patsy in Sanders).

Hang on folks, here’s where it gets good. Not only had The Daily Caller published two prior stories supporting Gingrich’s contention, but Ross may have inadvertently blown the Rich assassination story wide open.

Ross tweeted a link to his story, and now more information has surfaced from sources who claim to have insider information about what happened to Rich after he was shot.

Responding to Ross’ contention the Rich assassination is a myth, Darlene Totty uploaded a copy of the D.C. Metropolitan Police Report from the night Rich was shot which stated he was still alive when police arrived, and was transported to a local hospital at 4:20 am. The report also says he was pronounced dead by the attending physician at 5:57 am.

But here’s where the story takes an interesting twist. Totty also uploaded testimony from an anonymous person claiming to be a medical doctor in his fourth year of surgical residency training at MedStar Washington Hospital Center where Rich was taken.

The anonymous email was submitted on 5/17/17 and provides a stark contrast to the police report, the mainstream media’s narrative, and those who are still saying he was killed in a robbery gone bad.

“I feel I shouldn’t stay silent,” the doctor said, breaking all HIPPA laws in the process. He said Seth was very much alive when he was brought into the hospital, and was immediately taken to the operating room where an “exlap,” exploratory laparotomy was performed. In other words, the surgeons opened up his abdomen to see what damage was done when he was shot twice in the back.

The doctor stated they found damage to Rich’s liver and repaired it. They found a portion of his bowel to be damaged, and they “resect(ed)” it by cutting out the damaged portion and reconnected the bowel.

“I’ve seen dozens of worse cases than this which survived and nothing about his injuries suggested to me that he’d sustained a fatal wound,” the surgeon wrote.

“He was transferred to ICU, and transfused 2 units of blood,” he wrote before saying his blood pressure was stable and he was not on any “pressers” (blood pressure medicine). “It seemed pretty routine,” the doctor stated, but what happened next was anything but normal.

“About 8 hours after he (Rich) arrived, we were swarmed with LEO’s (law enforcement officers),” wrote the physician. Mind you, the official police report said he died at 5:57, less than 2 hours after being transported to the hospital.

“Pretty much everyone except the attending and a few ICU nurses was kicked out of the ICU,” he wrote, adding, “It was weird as hell.”

“At turnover (change of shift) that morning, we were instructed not to round (visit) on the VIP (Rich) that came in last night,” he wrote. “That’s exactly what the attending (physician) said and no one except for me and another resident had any idea who he was talking about,” the surgeon wrote.

He explained what happened next, at the moment of Rich’s death. “No one was allowed to see Seth except for my attending when he died,” he wrote. The surgeon then stated at the time of his death no attempt was made to resuscitate him. “No code was called,” which means to call for emergency resuscitation procedures.

The fourth-year surgical resident, which simply means he was almost finished with his advanced training, then stated he was disallowed from seeing the very patient he’d operated on. “I rounded on patients literally next door, but I was physically blocked from checking in on him,” presumably by the police officers standing at his door.

The surgeon admits he was shocked. “I’ve never seen anything like it before, and while I can’t say 100%, that he was allowed to die, I don’t understand why he was treated like that. Take it how you may. I’m just one low-level doc. Something’s fishy though, that’s for sure.”

It must be noted, however, we have not been able to confirm the identity of the surgeon who gave the anonymous testimony. We did consult with an Emergency Room physician who stated the dialogue in the testimony is consistent with Operating Room terminology and descriptions of surgical procedures. In other words, whoever wrote the testimony is most likely an OR surgeon.

As The Free Thought Project reported last week, more attention is now being given to Seth Rich and his assassination in July of 2016. Julian Assange offered a reward for information leading to his killers, and Kim Dotcom now claims to have written testimony confirming he was, indeed, the DNC whistleblower who gave Wikileaks the treasure trove of DNC emails. Dotcom also claims to be a close friend to Rich. With the former Speaker of the House now uttering Rich’s name and calling it an assassination, the attention given to Rich is ratcheting up to the highest levels since his killing.

Now, it seems, even the surgeons are speaking out and calling into question not only Rich’s time of death, but providing valuable insight into his good health post-operation, and how the police interfered in the standard quality of care he would have, and should have received.

On Tuesday, Kim Dotcom has promised to issue a statement to the media regarding his relationship with Rich, and the “written testimony” Dotcom has which proves Rich was the Wikileaks source.