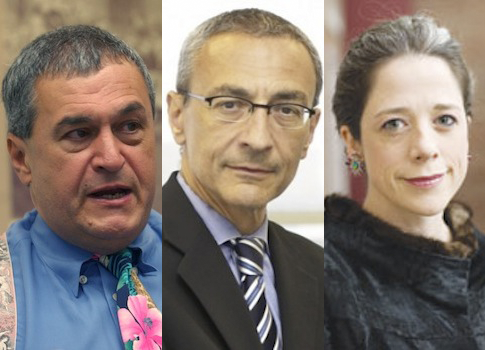 (INTELLIHUB) — According to a recent report, Fmr. Hillary Clinton campaign chairman John Podesta’s ex-sister-in-law serves on the Board of the Washington D.C. Police Foundation along with the police chief who served at the time DNC staffer Seth Rich was murdered.

Heather Podesta serves on the board alongside recent Metropolitan Police Chief Cathy Lanier, who served as police chief when DNC staffer and widely-reported WikiLeaks source Seth Rich was murdered in July 2016. Lanier stepped down as police chief the next month.

D.C. power broker Heather Podesta is the ex-wife of John Podesta’s lobbyist brother Tony, whose Podesta Group is one of the most powerful lobbying organizations in the world.

Other board members include representatives of CVS, Enterprise Holdings, Geico, PNC Bank, and Pepco Holdings.