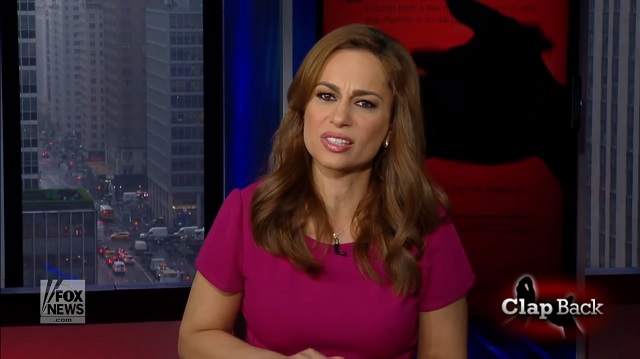 The Trump-hating Murdoch sons have apparently given russophobic Democrat Julie Roginsky her own short show online titled, “The Clapback.”

Every few days, a new segment is uploaded to FOX News’ YouTube channel — and every few days, it’s downvoted into oblivion and the comment section is filled with comments that amount to: “wtf is this sh*t?”

“We know the facts, Wikileaks was in collaboration with the Russians,” Roginsky said, struggling to read her teleprompter in her signature way. “How do we know this? Because the entire intelligence community said the Russians were the one’s who hacked into these emails.”

In point of fact, the discredited, Democrat-connected CrowdStrike firm which was hired by the Democratic National Committee to look into the alleged “hack” is the only source for the claim “Russians” “hacked” their server. The FBI was not allowed access to the server and FBI Director James Comey didn’t demand it, insisting instead that CrowdStrike is “highly respected.”

“This is not in dispute, unless you think some random guy on the internet has more credibility than our entire intelligence community,” she said.

As usual, the segment was downvoted to hell: Here’s another one of her cringe-worthy segments from last week which went viral — in a negative way, of course (1,416 downvotes to 499 upvotes).

Those conservative bigwigs who were thinking about starting a right-wing competitor to Fox should act fast.