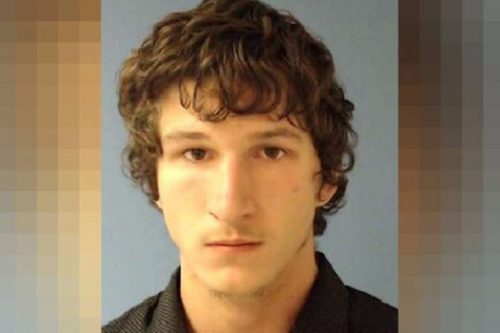 A 20-year-old man who was accused and found guilty of raping his drugged younger sister has gotten away with a violent sexual crime. A California judge insisted on the light sentence, and the man will serve only four months in jail after the judge said the “stigma” of being a sexual predator will be punishment enough.

Nolan Bruder, the convicted man, of Crescent City, was found guilty of giving his 16-year-old sister high-potency marijuana “dabs” and repeatedly asking her to have sex. She said no several times until she became so “out of it” that she no longer recognized him as her brother, the criminal complaint states.

Although Follet sentenced Bruder on May 17 to three years, most of that will be probation only. With all but 240 days suspended in favor of probation, means he faces less than one year in prison, according to the Del Norte District Attorney’s Office.

“I could not disagree more,” Trigg said. “The message that this sends to our community is that sexual predators who get their juvenile siblings stoned enough can have sex with them without any meaningful consequence. That is not the message I want to send to our community. This defendant took advantage of a position of trust as this victim’s big brother. He knew she didn’t want to have sex with him. She told him that repeatedly. So he got her stoned on dabs he gave her until she didn’t even recognize him in order get what he wanted.”

Trigg likened the light sentence to the case of Brock Turner, the Stanford swimmer convicted of sexually assaulting an intoxicated and unconscious woman. “In a lot of ways, this case is more egregious than Brock Turner. This defendant took advantage of a position of trust as this victim’s big brother,” Trigg said. “He knew she didn’t want to have sex with him. She told him that repeatedly. So he got her stoned on dabs he gave her until she didn’t even recognize him in order get what he wanted.” In all, the district attorney said the case was even worse than Turner’s crime.

In that case, Judge Aaron Persky sentenced Turner to six months in jail, citing his young age and his lack of criminal record as reasons for the lenient sentence. Turner was released from jail after three months and registered as a sex offender for life. Persky faced widespread criticism for the sentence, and more than 1.3 million people signed a Change.org petition calling for his removal from the bench. California legislators passed a bill mandating prison sentences for people who sexually assault unconscious or intoxicated victims. –CNN

In the Del Norte County case, the incident occurred prior to that law change, so it did not apply, according to Sandra Linderman, court executive officer for Del Norte Superior Court. Linderman said judicial ethics do not allow her or Follett to speak on the case.

Judge Follett said that he felt the defendant was “sorry” and that “rehabilitation” was the key factor in his decision to grant probation, according to Trigg. The judge also noted that the victim took her own clothes off and was not unconscious, Trigg said. “That to me is way out of line because you’re blaming the victim,” Trigg said.

How appalling is it that we live in a world where people like Chelsea Manning are labeled traitors for telling the truth and forced to do prison time while rapists get off with a slap on the wrist? Manning exposed the government’s crimes (he didn’t actually commit any war crimes) and paid the price, while a guy who rapes his drugged sister gets to enjoy his life with only the punishment of “stigma.”