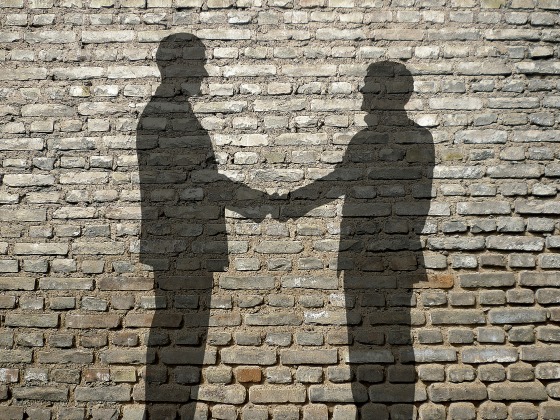 In the last few days, the campaign to impeach Donald Trump has quieted down. We’ll see what happens; but is this breathing space and pause the result of a stalemate? Do both sides have “control files” on each other? Is the underlying proposition, “I won’t spill your secrets if you won’t spill mine”?

I now refer to an article about Trump and his enemies that has been circulating online. I don’t know who the author is. His views and opinions make an interesting circumstantial case. Here is an excerpt:

“James Comey is a poisonous snake of the highest order… a deep-water Swamp Denizen who has been highly paid to deliberately provide cover for high-level corruption by the Clintons and Obama. He is has been central to trying to destroy the Trump campaign and then the Trump administration from the start. He is as dirty as they come in DC. He had highest-level cover (the FBI no less) and was deep into an effort to eliminate Trump. Trump had to move hard, fast, and at exactly the right time to cut the head off the snake without getting bitten by the snake or being finished by the other swamp denizens.”

“Begin by noticing how the President fired Comey when Comey was 3,000 miles away from his office, that Comey had no inkling he was being cut, that all his files, computers, and everything in his office were seized by his boss Sessions and the justice department. This was not a violation of protocol, it was tactical. Notice how Prez Trump compartmentalized the strike and did not inform any of his White House ‘staff’ to prevent leaks. Notice how he emasculated Comey and the swamp denizens by letting them know in a tweet that the Attorney General got information (surveillance ‘tapes’ from the seizure of Comey’s office) to let Comey and his handlers know that Trump’s DOJ has the goods on them. This was a brilliant, strategic and totally imperative move at exactly the right time against horrible, evil and corrupt powers infesting our government.”

“The swamp is on notice that the President is on to them, they are sweating bullets because their criminal games of corruption are being pursued and they know it. They are screaming and ranting because they are desperate denizens of the swamp who are beginning to realize they are roadkill.”

The article goes on to describe the purported depths of Comey’s corrupt connections to the Clintons and the Clinton Foundation, as their agent.

In the author’s view, Trump and Attorney General Sessions have the goods on the Clintons now, and also have damning evidence of crimes committed by other key players in the DC swamp.

There is another possibility.

Given Donald Trump’s history as a real estate hustler from way back, his acrobatic financial dealings with money men, his projects’ bankruptcies, his celebrity status, his impulsive proclivities, his extraordinary self-promotion, it’s obvious his enemies have compiled a “control file” on him. They have the sort of information they believe they can use as serious blackmail.

In that case, we could now be looking at a stalemate of sorts. Both sides have the goods on each other.

This is no guarantee of a permanent peace based on Mutually Assured Destruction; but MAD could form the basis of a truce. And the truce could extend into the future.

“I have your secrets, you have mine. Now let’s do business.”

Of course, we have to remember that Washington is a tinderbox at all times. It’s a dry forest waiting for a match to be struck and a spark to fly.

We will see whether Trump drains the swamp, the swamp drains him, or nobody drains anybody.

The present war in Washington isn’t for the faint of heart, or the nice people who want everybody to get along, or the suburbanites who want all participants to be awarded trophies. Washington is Crime Central and the knives are out in full view. It’s a fashion parade in the devil’s cave. To paraphrase Harry Truman, if you can’t stand the overflowing toilets, get out of the bathroom.

Washington is a land of insanity, psychosis, spying, panic, and excrement-throwing.

When you try to connect the dots, you see they have blood and lies and hatred and coup-plotting and impeachment and even the ghost of David Rockefeller embedded in them, as opening and closing little clams and sharks and crawling worms and blobs of unidentifiable species try to take Donald Trump down. And he, of course, wants to take them down…

It would be no surprise if the people who hold each other’s secrets are staring at a “nuclear freeze” pact on the bargaining table: “you can’t blow me up without me blowing you up.”

Also consider players within the US intelligence community. Both the CIA and NSA have been spying on officials in Washington and other prominent Americans for a long time. These agencies hold secrets as well.

And then there is the organization whose members and alumni Trump has surrounded himself with:

Goldman Sachs. Through his key appointees from the “vampire squid” firm, Trump is working an audacious angle. He knows that if the stock market takes a long and horrendous dive, the pressure on him is going to be enormous. The “business community” will blame him. The media will claim the economy is collapsing under his watch. Goldman can make many moves to keep the stock market up. What does the firm want in return? That’s the magic question. Threats of war, and war, in order to keep contract money flowing to the military industrial complex? Special and undetectable favors? Protection from prosecution for ongoing financial crimes? And what does Goldman Sachs know about Trump? What would they be willing to reveal, if he backs away from any part of the agreement he has struck with them?

The mutually assured destruction pact has more than two sides. Holding together a multi-faceted truce isn’t the easiest job in the world.

Everyone involved has something to gain and something to lose. Calculating upside vs. downside is a delicate proposition.

And, in the midst of this, crazy people can show up who go off on the spur of the moment. They blow their corks, and all bets are off.

For now, cooler heads are prevailing.

Blackmail, extortion. It’s not the only game in town, but it’s the big one. It lurks around every corner, it sits in every conference room, it weaves its way through legislation, policy, and judicial decision.

It’s the other branch of government.