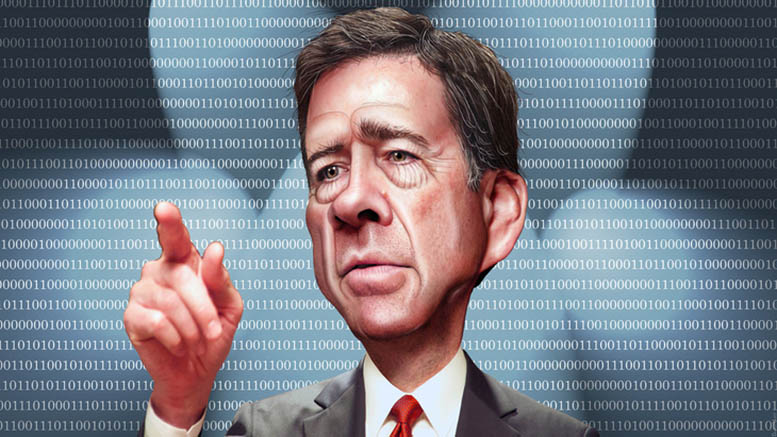 Who is James Comey? Will the real James Comey please stand up? But, even more so, will the real James Comey testify before Congress? Those questions should weigh heavily on every member of all congressional hearings since former FBI Director James Comey apparently has a ‘multiple personality’ issue regarding his entrances at “just the right time,” including many ‘transmutations’ into high level career positions seemingly not possible, if not undoubtedly by the ‘grace of the Clintons’ and former President Barack Hussein Obama.

Recently, one of the attorneys I network with emailed an exposé detailing the ‘swamp-residency-era status’ of former FBI Director Comey’s tenure, which I think ought to be known by taxpayers, the fake news media, and my readers so as to, perhaps, “level the playing fields,” as they say.

“The Inside Story on James B. Comey” Former FBI Director the Ultimate Inside Man, The Millennium Report, May 18, 2017 is nothing short of a detailed ‘road map’ of Comey’s deliberate activities of being a ‘rain maker’ strategist (an “elite fixer”?) for the Clinton—Obama ‘partnership’ and its alleged ‘illegal and unconstitutional side shows’ in governance. The author of the report, Lisa Frank, has ‘dropped a hammer’ not only on Comey but on allegations of a Clinton-Obama ‘conspiracy’ of sorts, which must be investigated on a totally separate level—how about treason for starters, in my opinion, investigating a “Russian” connection, especially with Hillary Clinton as Secretary of State [1].

According to the above Report,

Comey provided “cover” for the Clintons in their gaining incredible power and wealth after leaving office through pardoning a billionaire money-launderer, arms dealer and criminal. Comey was a key piece in how the Clintons upped their corruption game and gained incredible wealth through their foundation after leaving the White House. A huge part of the scheme was giving Marc Rich a free pass when he should have spent life in prison, and that is what Comey covered-up for the Clintons. This set up Comey to be part of the corruption machine, making him powerful and wealthy.

The obvious conclusion is that Comey was appointed to the FBI (along with other reliable Clinton-Obama cronies) to run interference for the Clinton’s and Obama’s at the nation’s federal law enforcement agency (in conjunction with a corrupt Department of Justice). Comey was and is owned by the Clintons. He owed all of his power and wealth to being part of their machine and providing them with cover.

No one in congress or federal law enforcement was intending to actually pursue the Clintons, but Judicial Watch and other independent sources obtained information proving that Hillary had been running her own server, sending out classified information, etc. This information began to come out right in the middle of her campaign to be coronated as President. A “show” investigation had to be performed to appear to look into it and clear her. Who to use?…the reliable shill James Comey.In late 2015 and early 2016, information began to come out about the Clinton Foundation and its use by the Clinton’s as a multi-billion dollar slush fund for corruption and political favors (even Chelsea’s wedding had been paid for by the “charity). [Shouldn’t the Clinton Foundation be investigated, Congress?] This was right as Hillary was beginning her campaign for President. It was revealed that the Foundation had never completed required reports or had an audit. Supposedly the FBI, under Comey, began an “investigation” of the Clinton Funds. A “professional” accounting firm was brought in by the Clintons to do a review, file some reports, make recommendations to the Clinton Foundation Board, and provide a veneer of legitimacy to the Clinton Fund operations. Predictably, one of the partners in the firm that was chosen (and paid lots of money) is the brother of James Comey (FBI Director). This brother owes James Comey $700,000 for a loan James gave him to buy a house, and presumably some of the money from the Clinton Fund was used to make payments to James on the loan. Over 2 years later and nothing has happened as a result of the FBI “investigating” the Clinton Funds under Comey.

Originally, Comey’s job was simply to totally botch the Hillary investigation and ruin the case against her and her minions within the FBI regarding he emails. At the same time Comey also started work on a parallel assignment to illegally “wiretap” and surveil Donald Trump and every other person involved in the Republican campaign. He was tasked with digging up any dirt or fact that could be used to hurt the Trump campaign later. This included using a fake “dossier” paid for by the Clinton campaign to obtain authorization for the surveillance and to try to associate Trump’s campaign with the Russians. Under Comey’s direction the Trump/Republican campaign was monitored and surveilled and all information was provided to the Obama Whitehouse and the Clinton camp all during the campaign.

Comey learns he has been fired when the media broadcasts it in California. He had no idea it was coming and he is ticked. On cue, the Democrat politicians and media begin screaming about Trump’s “interference with the Russia investigation” in accordance with the plan to set up Trump for that charge. The Swamp wants to blow up the Russia narrative using Comey, and Comey is set to testify before Congress to try to hurt Trump by saying he was interfering with the FBI investigation. Comey intends to follow through with the plan to take down Trump.

But because of his brilliant timing on this, Trump has Comey’s files, documents and information safely with Sessions at DOJ. Trump sends out a “crazy” tweet that says: “James Comey better hope that there are no “tapes” of our conversations before he starts leaking to the press.”

Lisa Frank has done a monumental job in outlining some key issues where federal agencies apparently have gone astray legally and constitutionally, and allegedly worked in collusion with Comey to ‘cover up’ malfeasances in high government offices, e.g., Secretary of State and President of the USA. Why are Congress and the mainstream, lamestream media not investigating them individually and concomitantly?

That is the question for our times, or is it who will wind up dead next?