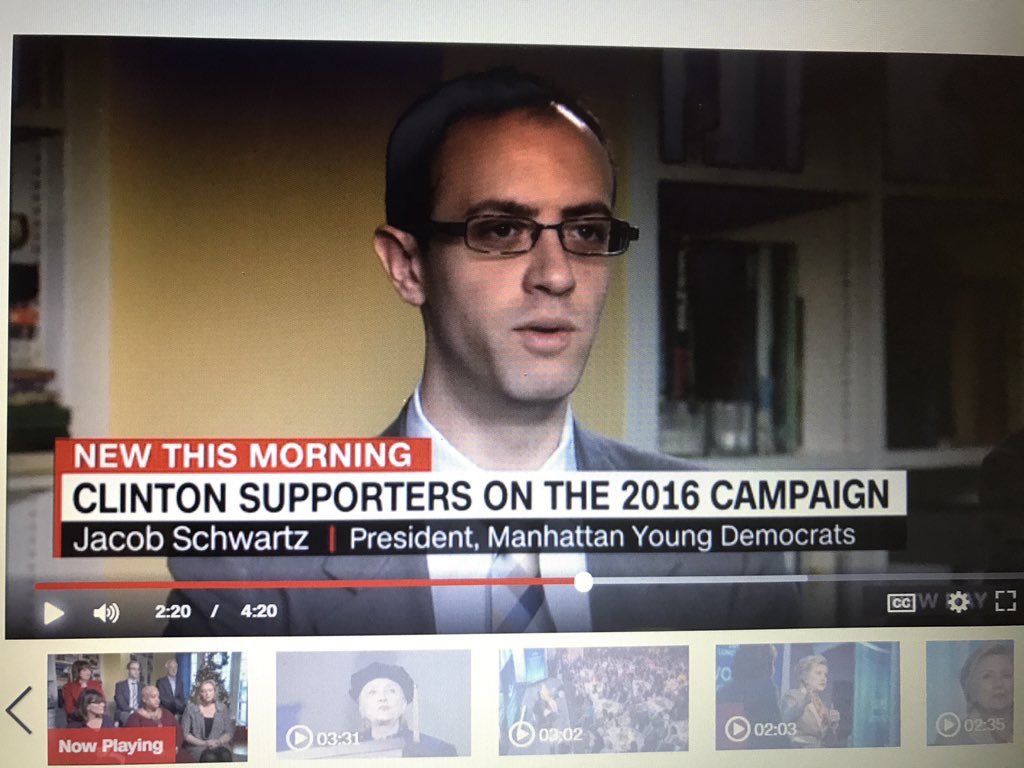 One has to be really, really depraved to see a 6-month-old baby as “sexy”.

Schwartz is employed as a $66,360-a-year computer programmer analyst in New York City’s Department of Design and Construction. Schwartz is also president of the Manhattan Young Democrats and the downstate region vice president of the New York State Young Democrats. A photo posted last year on Twitter shows him with Robby Mook, then the campaign manager for Hillary Clinton’s failed presidential campaign.

Schwartz’s father is a prominent Democratic insider — labor lawyer Arthur Schwartz, who was New York counsel to Bernie Sanders’ failed presidential campaign. Calling his son’s case “a personal tragedy,” Arthur said: “I understand these are serious charges. He’s already in therapy for this.”

Arthur Schwartz had his own brush with the law in 2015, when he was busted for removing hidden surveillance cameras trained on the front door of a $700-a-month, rent-control apartment occupied by a 93-year-old client who was battling her landlord. Prosecutors agreed to drop felony grand larceny charges in exchange for Arthur paying $720 in restitution.

Jeremy Nolt of Alt Wave Media notes that, in the wake of Jacob Schwartz’s arrest, Democrat leaders are rushing to conceal their ties to the pedophile:

In a tweet, Mike Cernovich points out that the MSM’s silence on Jacob Schwartz could have something to do with Schwartz having been a guest on CNN in December 2016, blaming Hillary’s loss on “racism” and Russia.