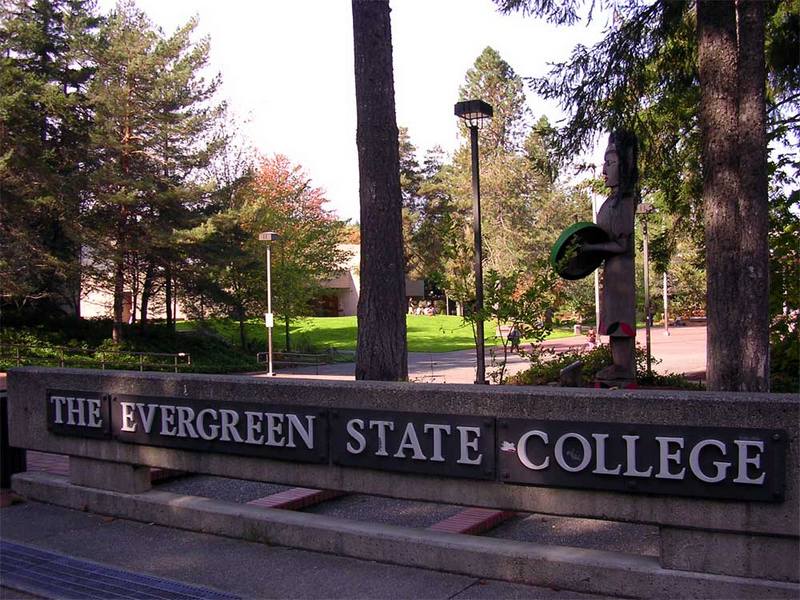 Once again showing their tolerance and willingness to accept people of all races, creeds and cultures, a mob of protesters nearly went to blows with Bret Weinstein, a professor at Evergreen State College in Olympia, Washington.

As the video shows, the mob of about 50 students gathered outside Weinstein’s classroom following demands that all white people leave campus so that the group could celebrate an “anti-racism” Day of Absence. In prior years, non-white students would leave campus for a day in protest, but this year they have called for any Caucasian students and faculty to respect their diversity by segregating themselves voluntarily.

As Tucker Carlson notes in the video segment below, “it’s so over the top it’s hard for me to believe it’s real.”

In his own words, Professor Bret Weinstein, who himself is admittedly so progressive that not even Hillary Clinton was left enough to get his vote, explains how it went down:

Weinstein: What happened is that 50 or so students decided to disrupt the class that I was holding and demand my resignation.

Carlson: Because you wouldn’t leave campus because you’re white?

Weinstein: They imagined that I am a racist and that I am teaching racism in the classroom. And that has caused them to imagine that I have no right to speak and that I am harming students by the very act of teaching them.

After campus police showed up to check on Weinstein the mob reportedly moved to the office of school President George Bridges, where they forced an open meeting to address the issue of Weinstein’s racism and to make further demands, going so far as to threaten violence if those demands were not met:

Dr. Bridges is allowing this mob to effectively control the campus and they have been in control since 9:30 on Tuesday morning.,

At this moment I believe Dr. Bridges is answering a set of demands put forward by the protesters and they have said that if he does not accept their demands that there will be violence.

… He has also told the police to stand down. And although the campus police have a sense of what needs to happen in a circumstance like this… and they have been hobbled by the fact that they answer to the college administration… and have in fact, for several days, have been barricaded in the campush police station.

As Carlson shockingly highlights, “this is like something out of another country… it’s hard to believe any of this is real.”

Professor Weinstein, who we remind our readers is a self admitted extreme progressive who no doubt strongly supported the grass roots diversity that is now mutating into all-out racism on his campus, sums it up perfectly:

No, no, not a Hillary voter. I’m a deeply progressive person.

I must say, I am troubled by what this implies about the current state of the left.

Finally, someone on the white left gets it.

Given the seriousness of what’s happening in the name of diversity and cultural acceptance at Evergreen and other campuses nationwide, we expect that Mr. Weinstein will be invited to speak about the incident on other mainstream news channels and shows outside of Tucker Carlson’s.

We’ll keep you updated as things “progress” but we’d advise our readers to not hold their breaths.