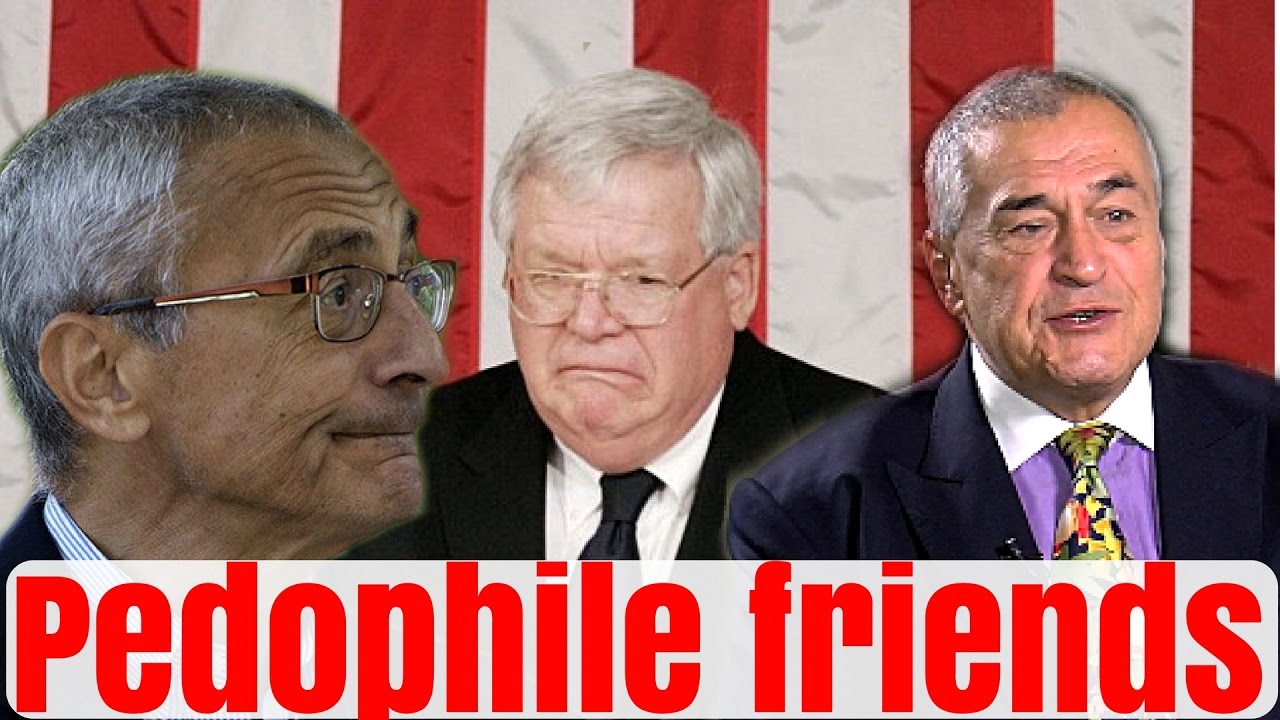 It’s every parent’s nightmare, the kind of crime which leaves one speechless, in shock, and overcome with emotion: child rape. Now, one Illinois man says he knows who raped him, and he’s no longer going to stay silent — even if his attacker is a well-connected Washington bureaucrat and former speaker of the house.

Illinois resident known as “Richard Doe” says former Speaker of the U.S. House of Representatives, Dennis Hastert is the teacher who raped him, and he can no longer stay silent.

Because the crime is sexual in nature, Richard’s true identity is being withheld. Richard says the crime happened when he was in elementary school. Because it occurred years ago, the criminal statute of limitations has expired so he is seeking compensation in civil court.

We want to warn our readers, the following information may not be appropriate for young readers and may serve as a “trigger” for survivors of sexual abuse and rape.

Richard says when he was 9 or 10, during the spring or summer of 1973 or 1974, he was biking home and urgently needed to use the restroom. He said he stopped at the Game Farm Building, which is now the Yorkville High School, and went inside to use their restroom facilities. He found the men’s bathroom, located a stall, went inside and closed the door.

That’s when he said he heard a man enter the restroom, make a comment, and then opened his stall door. The safety and security of the public restroom turned into a daytime nightmare for the little boy who says he was sodomized by the unknown assailant.

Richard says he saw the man’s face but didn’t recognize him at first. Weeks later, to his horror, he said the same large man paid a visit to his elementary school, Yorkville Grade School. Richard says the man came to his Physical Education (PE) class, spoke with his PE teacher, and walked towards him. The young boy, who’s now a middle-aged man, stated he began to shake and cry convulsively immediately after the man came into his PE class. He instantly identified the man as his rapist.

The man spoke with the gym teacher and then approached the boy, taking him by the neck into the hallway, according to the lawsuit. The man dropped to his knees and asked the boy if he told anyone about the sexual assault. The boy, crying, said he hadn’t. The man warned the accuser against reporting the attack and threatened that since his father was the sheriff, he could put the boy’s parents in jail if he said anything.

That man, according to Richard, was Dennis Hastert, the high school wrestling coach, and also town sheriff’s son. Hastert later became one of the most powerful politicians in U.S. History. As The Free Thought Project has reported, pedophiles often hold the highest levels of government.

Hastert’s career led him to quit teaching and coaching, and become a congressman, serving as a U.S. House Representative from Illinois. Later he was chosen by his House peers to become the Speaker of the House, the next person in line to become President of the United States, should something catastrophic had claimed the lives of the sitting President and Vice President.

The Tribune described Richard’s mental condition following the alleged rape, the subsequent threats, intimidation, and bullying by his attacker.

The incident caused the accuser severe mental and emotional distress, which was only exacerbated by his fear of talking to someone about the attack, according to the lawsuit.

To his credit, Richard didn’t stay silent, but he wasn’t believed either. He said he waited over a decade before coming forward with his story of being raped as a child by the sheriff’s son and high school teacher. He took his case to the State’s Attorney’s office and reported what happened to him. But no one believed him. The Tribune wrote;

In 1984 or 1985, about a decade after the attack, the accuser visited the Kendall County State’s Attorney’s office to report the crime. He was 20 or 21 at the time, according to the lawsuit. He spoke with a longtime friend and political mentor to Hastert.

Upon hearing the accuser’s story, a man there allegedly threatened to charge the accuser with a crime and accused him of slandering Hastert’s name, according to the lawsuit. The lawsuit argues that the threats were intended to benefit Hastert, whose political career was just taking off.

Hastert is currently in prison, serving the end of a 15-month sentence, not for raping Richard, but for illegally transferring millions of dollars in hush money to at least one other victim for “touching” the boy inappropriately while he was their wrestling coach. Hastert wasn’t charged and convicted of sexual assault in the other cases where he’s accused of sexually assaulting boys. However, rather, he was convicted for illegally transferring millions of dollars in payments to his victim in an apparent attempt to cover up the fact he is a pedophile and to keep them quiet.

Now, decades later, with his attacker in prison, Richard seems to feel confident enough to come forward and tell his story. Maybe this time he’ll be believed. And while some critics may contend he is just looking for a payday from someone who’s already been convicted of crimes related to his activities as a pedophile, the fact he’s only asking for 50,000 compensation does not support such criticisms. Also, he’s already come forward.

Richard will have his day in court, but if his story is true, he will likely never get over being raped by a teacher when he was 10 years old. Those memories are permanently etched into his mind, along with the knowledge that, until now, his attacker has gotten away with his crimes.