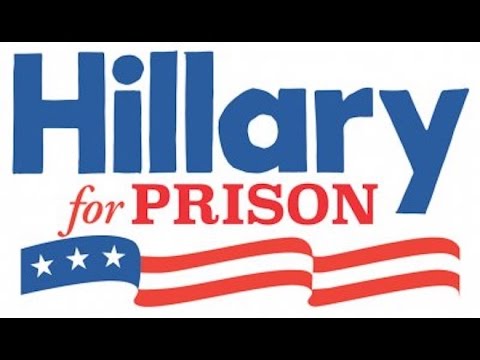 It has been over 6 months since Donald Trump won the Presidency and the leftover Clinton/Obama Leftist, Progressive, neo-Nazis in Washington are continuing to waste taxpayer millions on trying to find a nonexistent Trump/Russian connection. Hillary Clinton was the first to accuse Trump of having Russia fix the election after her and the Obama Administration thought they had the election fixed for a sure win.

Obama ordered his Department of Homeland Security to fix the election for Clinton in the guise of having them monitor the polls for security.

Several states caught DHS hacking their voter registration databases, Georgia is but just one.
So, the accusation from Clinton/Obama of election hacking is correct, it is just that who actually did it what they do not want us to know about. Russia isn’t to blame, nor is anyone associated with Donald Trump. Who is responsible is Barack Obama and Hillary Clinton via the DHS.

They did manage to fix wins for Clinton in almost every metro area in the country, what they did not expect was the overwhelming turnout of Trump voters in all rural America.

The state of Florida is a perfect example of the Clinton fix via the Obama DHS. Here we have Clinton winning in almost every urban area in the state. However, we see Donald Trump taking all rural areas and smaller cities.

The wild goose chase of trying to find a Trump/Russia connection continues today with them looking for everything from fixing the election for President Trump to accusing him of sharing sensitive US information with Russia. The bottom line is, they are going to find absolutely nothing because no evidence exists linking him to Russia, due to the pesky fact that it did not happen.

The truth is, corruption, high crimes, and treason is happening in Washington and has been going on for quite some time, but the perpetrators are Barack Obama, Hillary Clinton, and their supporters, like John McCain, for example, not Donald Trump or anyone associated with him. Those currently going after Trump are in reality, trying to deflect scrutiny away from those really responsible for committing the crimes.

President Trump had every right in firing former FBI Director James Comey since he himself is guilty of committing high crimes and treason by getting on National TV and admitting Hillary Clinton broke the law in sharing highly sensitive and classified material over a personal server and email and then let her off the hook.

Hillary Clinton is one of the most corrupt individuals we have ever had in Washington. She and her husband Bill have a long line of dead people in their criminal resume of those who were threats to them. The resurfacing of the Seth Rich murder is just one example.

A bit of strange information I got from a very reliable source concerning the DC surgeon who operated on Seth Rich states that he was alive and well after surgery and that the gunshot wounds were not life threatening. The piece goes on to say that Rich died after a number of Law Enforcement Officers showed up at the hospital and refused to let anyone, including doctors and nurses into his room.

Hillary Clinton is also responsible for the deaths of Americans in Benghazi, Libya, keeping billions of dollars meant to rebuild houses for victims of the Haiti earthquake, losing track of 6 billion dollars from the State Department, and having her personal server professionally wiped clean after being subpoenaed by a Congressional Panel investigating Benghazi, just to name a few.

Of course, those who are still in power in Washington, left over from the Obama Regime are doing everything they can to keep the heat off Hillary Clinton, primarily because if she were to get prosecuted, so would Barack Obama, since he was her boss during most of her crime spree.

President Trump needs to begin the process of getting Hillary Clinton prosecuted for high crimes and treason along with Barack Obama. These people and their supporters are the swamp scum that need to be eliminated from our government and put behind bars once and for all.

As a nation, we must purge Washington of the criminal element that has been prevalent for decades, Hillary Clinton in particular and Obama and supporters in general. True criminals we must ultimately put in Federal prison.