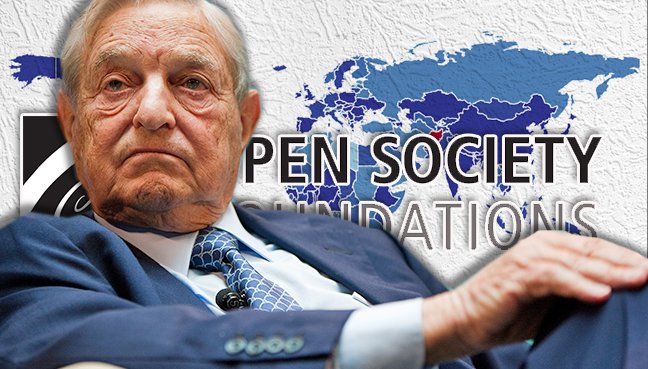 “This is our second FOIA lawsuit to uncover the truth about the scandal of Obama administration’s siphoning tax dollars to the Soros operations in Europe,” said Judicial Watch President Tom Fitton. “We hope and expect the Trump administration to finally let the sunlight in on this growing controversy.”

The lawsuit is with regard to a Freedom of Information Act (FOIA) request that was not responded to by the State Department by March 31, 2017, like many other FOIA requests that have been made by Judicial Watch.

The May 26, 2017 lawsuit, which was filed in the US District of Columbia, seeks the following information:

Several US senators sent Secretary of State Rex Tillerson a letter on March 14, 2017, calling for him to investigate ties between USAID and the Soros’ Foundations and how US dollars are being channeled by the State Department and USAID to support these organizations in places like Macedonia and Albania.

The senators not only referred to the activities of Soros in Macedonia but also referenced Albania.

Much of the concerning activity in Macedonia has been perpetuated through USAID funds awarded to implement in entities such as George Soros’ Open Society Foundations. As the recipient of multiple grant awards and serving as a USAID contractor implementing projects in this small nation of 2.1 million people, our taxpayer funded foreign aid goes far, allowing Foundation Open Society-Macedonia (FOSM) to push a progressive agenda and invigorate the political left…

This problem is not limited to Macedonia, but appears to follow a pattern of alarming activity in this volatile region. Respected leaders from Albania have made similar claims of US diplomats and Soros-backed organizations pushing for certain political outcomes in their country. Foundation Open Society-Albania (FOSA) and its experts, with funding from USAID, have created the controversial Strategy Document for Albanian Judicial Reform. Some leaders believe that these “reforms” are ultimately aimed to give the Prime Minister and left-of-center government full control over judiciary power.

Of course, when Hillary Clinton was Secretary of State in 2011, it was known that Soros had that connection with the State Department to fund his activities in Albania. According to Fox News.:

Newly leaked emails and other files from billionaire George Soros’ web of organizations are shedding light on the liberal powerbroker’s extensive influence in political and diplomatic affairs.

One email chain shows the Wall Street titan in 2011 personally wrote then-Secretary of State Hillary Clinton, urging intervention in Albania’s political unrest. Within days, an envoy he recommended was dispatched to the region.

USAID has also provided millions to “Justice for All” project in Albania.

Soros funds over 200 US organizations that seek to undercut the US Constitution and impose nothing less than Communism. He has been said to have “ruined” millions of lives and been involved in stealing elections without consequences.

Currently, he is being sued for $10 billion for manipulating politics and economics for his own benefit in Guinea, a sovereign African nation.