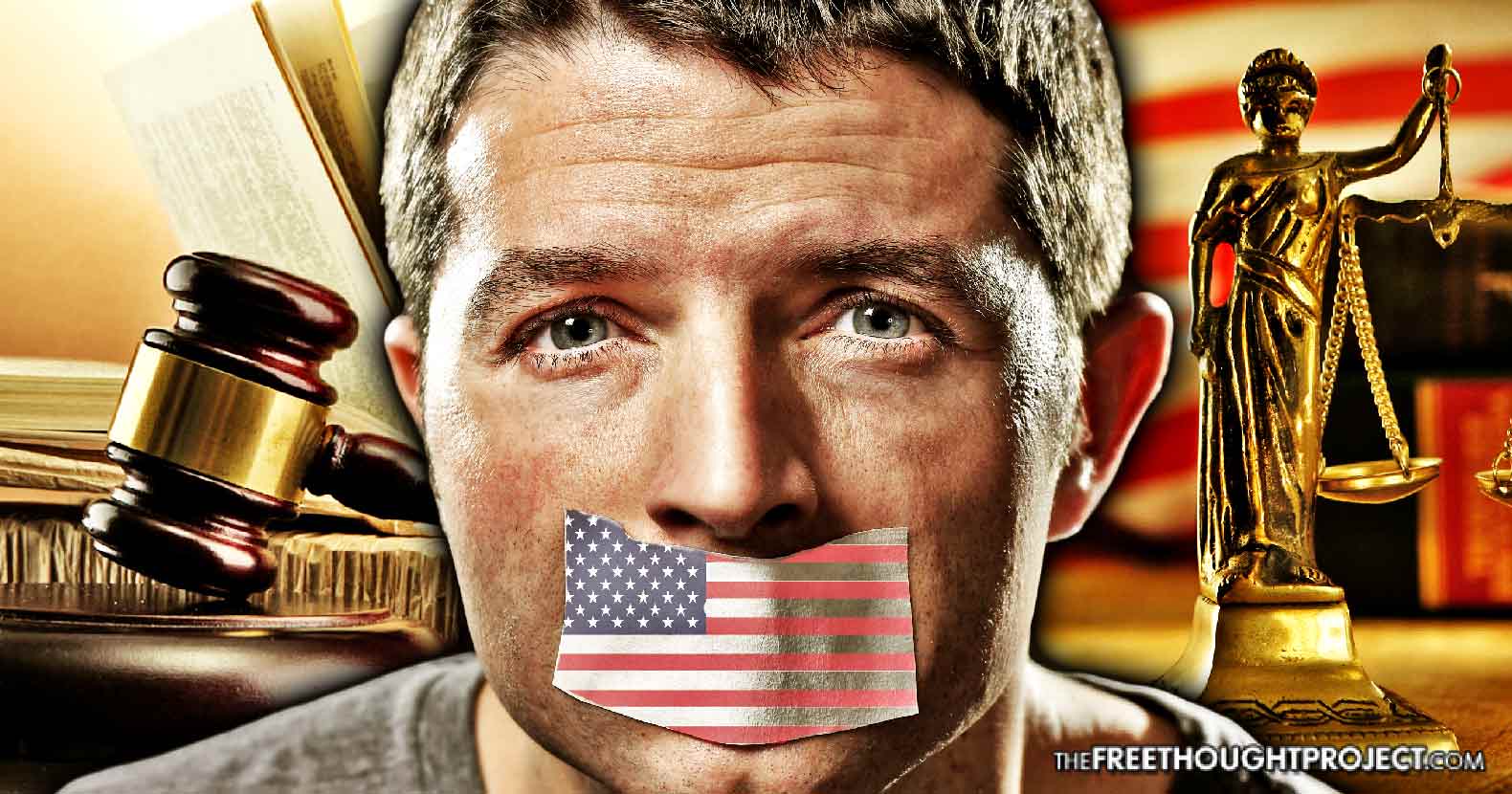 Big Rapids, MI — As constitutional rights are steadily eroded in the U.S. through the burgeoning police/surveillance state, one case in Michigan provides an example of just how dire the situation has gotten. Keith Woods, a resident of Mecosta County, was charged and recently convicted for the “crime” of standing on a public sidewalk and handing out fliers about juror rights.

Woods was exercising his First Amendment rights and raising awareness about something the courts deliberately fail to tell jurors when beginning a trial – jury nullification, or the right to vote one’s conscience. For this, Woods – a father of eight and former pastor – was charged with jury tampering, after an initial felony charge of obstructing justice was dropped following public outcry.

Even with the reduced charge, the case has very troubling implications for free speech rights. The county prosecutor, seemingly furious that a citizen would dare inform the public on jury nullification, said Woods’ pamphlet “is designed to benefit a criminal defendant.”

The prosecutor then seemed to contradict himself in a statement, saying, “Once again the pamphlet by itself, fine, people have views on what the law should be, that’s fine. It’s the manner by which this pamphlet was handed out.”

Woods, who testified in his own defense, stated under oath that he did not ask anyone walking into the courthouse if they were a juror, remained on the public sidewalk and never blocked any area. He decided to hand out the pamphlets at a Nov. 24, 2015 trial of an Amish man accused of draining a wetland on his property in violation of Dept. of Environment Quality rules.

Woods’ pamphlet did not contain anything specific to the case or any Michigan court, according to defense attorney David Kallman. But this innocuous behavior, which should be viewed as a public service, drew the attention of a judge who became “very concerned” when he saw the pamphlets being carried by some of the jury pool.

“I thought this was going to trash my jury trial, basically,” testified Judge [Peter] Jaklevic. “It just didn’t sound right.”

Jacklevic ended up sending that jury pool home on Nov. 24, 2015 when Yoder took a plea.

Jaklevic continued to testify that he stepped into the hallway with Mecosta County Prosecutor Brian Thiede when Det. Erlandson and a deputy brought Wood into the courthouse that day. Mecosta County Deputy Jeff Roberts testified he “asked Wood to come inside because the Judge wanted to talk with him,” then threatened to call a city cop if Wood did not come inside.

Wood testified Judge Jaklevic never spoke to him that day, or him any questions, before ordering his arrest. He tells FOX 17 he had concerns his case was tried in Mecosta County where all of this happened, involving several court officials including the judge.”

To recap, this judge said “it just didn’t sound right” that people were carrying informational pamphlets on their rights as jurors, and he possibly lied on the stand to justify the fact that he had Woods arrested for doing nothing wrong. What’s more, Woods was brought to trial in the same court where all of this transpired, where county officials had literally teamed up to violate his rights in the first place.

“So our taxpayer dollars are paying their salary, and they were the actors in this case to arrest me, to imprison me, and all that,” said Woods. “I did have a very great concern that they were the ones trying the case, because they work together day in and day out.”

Defense attorney Kallman notes that during Woods’ trial, they were prohibited from arguing several points to the jury.

“And of course, the First Amendment issues are critical: that we believe our client had the absolute First Amendment right to hand out these brochures right here on this sidewalk,” said Kallman. “That’s part of the problem of where we feel we were handcuffed quite a bit.”

When asked how he felt about his First Amendment rights, Woods replied, “Oh, I don’t feel like I have them.”

Rep. Babin Shreds Biden For Turning His Back On Border Crisis
January 25th, 2022 The Political Cowboy