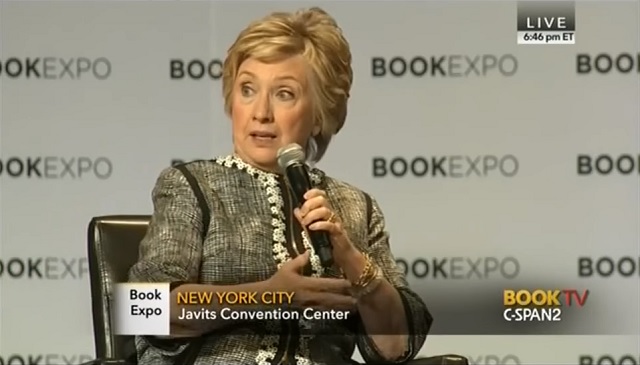 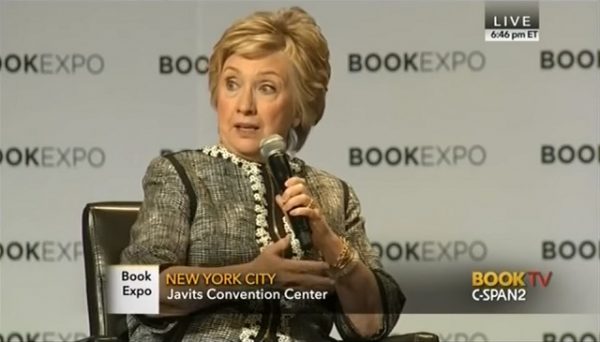 Failed presidential candidate Hillary Clinton whined on Thursday about how “difficult” it is to become president in the US.

“Our system in our country is the most difficult political environment in the world of any democracy to elect a leader,” Clinton said at the BookExpo in New York City.

“In a parliamentary system, you run in a small constituency where people actually know you. Where they can evaluate you, because maybe they’ll see you at the grocery store, or they’ve come to one of your events, or your children are in school together, whatever it might be, and then you are selected by your peers to be their leader,” she said, ignoring the fact she supported mass-immigration which has led to mass-alienation and the exact situation she’s lamenting.

While it’s hilarious she appears to be genetically incapable of taking responsibility for her own actions, the perils of mass democracy are not why she lost. Everyone in America knows who Hillary Clinton is — that’s why she lost.