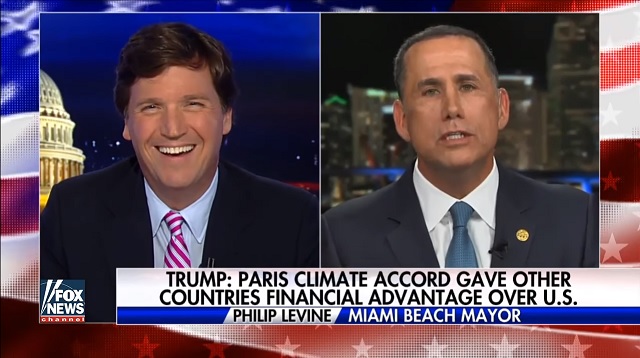 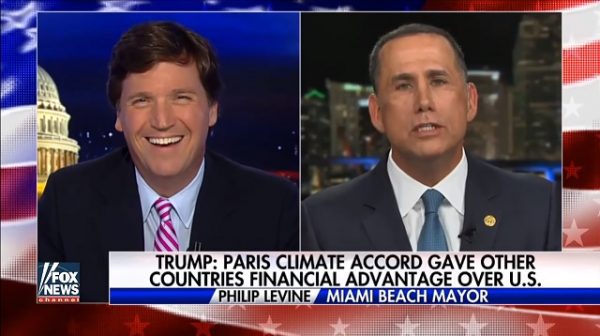 Tucker Carlson exposed Miami Beach Mayor Philip Levine on his show Thursday night by simply asking him to explain the details of the Paris Accord.

“I’m just wondering how this specific agreement sending three billion dollars a year to countries like India and China, who don’t have to lower their emissions rates, is going to fix the global warming problem in Miami Beach?” Tucker asked.

Levine couldn’t answer. Instead, he chose to ramble about “flooding” in Miami and said we “have to listen” to the “smartest minds in the world” warning us about climate change.

Rather than let him dodge the question, Tucker asked him again… and again.

After hearing the same scripted platitudes over and over, Tucker just started laughing at him and exclaimed: “Is there a single person watching the show stupid enough to be convinced by what you are saying?”