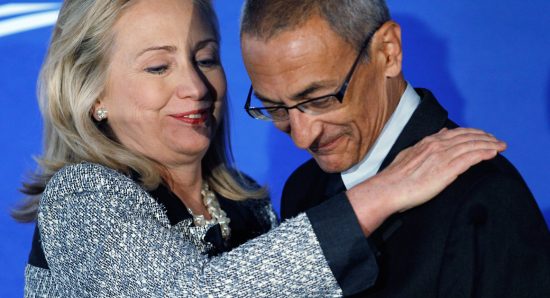 The overly creepy chairman of Hillary Clinton’s presidential campaign, John Podesta, is trying to quickly convert $40 billion of her money into gold, diamonds, and artwork. Not long after the New York Times accidentally exposed Hillary’s connections to Russia, James Comey was fired. But now with the possibility of a new FBI director, the eerie Podesta begins conversions of the Clinton Foundation’s assets.

Spirit cooking freak, John Podesta, is one of the most disturbing humans on earth and he is now helping Hillary Clinton convert her assets so they cannot be seized. It could be speculation of course, but not even a month ago, the New York Times detailed their ties with Russia and even went so far as to blame Putin for Hillary’s loss. Perhaps this all ties together.

In March, Mr. Putin’s spokesman said that Russian Ambassador Sergey Kislyak met with members of Mrs. Clinton’s campaign several times while she was running for president in 2016. Further, the campaign never disclosed the number or nature of these secret meetings. Mrs. Clinton and her associates can cry themselves hoarse that there is neither smoke nor fire here, and that Putin was behind her election loss. But all in all, the known facts suggest an unusually extensive network of relationships with a major foreign power. Anyone who cares about the credibility of the American electoral process should want a thorough investigation. –Investors.com 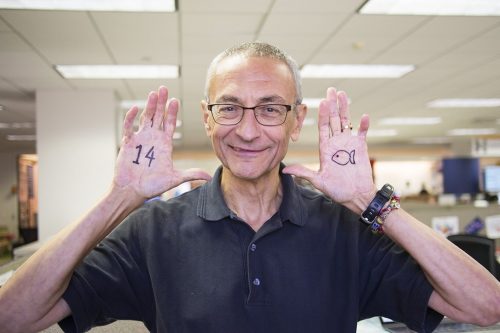 Not long after the New York Times made the mistake of ousting Hillary Clinton and her ties to Russia, James Comey was fired. Since President Trump fired FBI Director James Comey, longtime Democrat operative and Clinton loyalist John Podesta began quickly converting Clinton Foundation assets for one reason. He’s been buying up art, gold, and diamonds, and spreading them out all over the world before those assets are seized by a new FBI director.  John Podesta is in a frenzy to unload $40 billion from the Clinton Foundation.

Independent journalist George Webb said, “What you’re dealing with is Trump could go get [those] 40 billion dollars right now and seize those assets. So before a new FBI director is named — [Acting FBI Director Andrew] McCabe knows all about the $40 billion — you start moving this stuff to gold, diamonds, artwork and so forth, and you put it in your network . . . out into as many different countries as possible, so it’ll be so difficult to actually go seize. You have a contractual issue or an international issue every time you try to get some of this stuff that’s been moved. The money right now is being moved by John Podesta to artwork, diamonds, and gold.”

As of right now, speculations are all that we have because the entire government isn’t going to implicate themselves. But it does appear that the American public is being played from all sides. One thing is certain, this all ties together and Webb is certain this has to do with the death of Seth Rich. Webb sees the Seth Rich murder as just a small part of a much bigger picture of high-level racketeering by Hillary Clinton, her minions and whoever she’s fronting. It’s an outrageous amount of money that’s been amassed over some twenty years and Webb intends to put all the pieces together.

Is it getting more difficult for the corrupt politicians to hide from the public? Or does the media make it easy by continuing to cover for the most corrupt Democrats in history? It doesn’t take a genius to put all this together based on the information at hand. So why does the media insist on covering for certain politicians while a large segment of the American population keeps their heads buried in the sand?  Podesta is hiding a lot of secrets not only about himself but about the Clintons as well. Hopefully, with time, the corruption will all be revealed. But don’t count on the mainstream media to put this together.