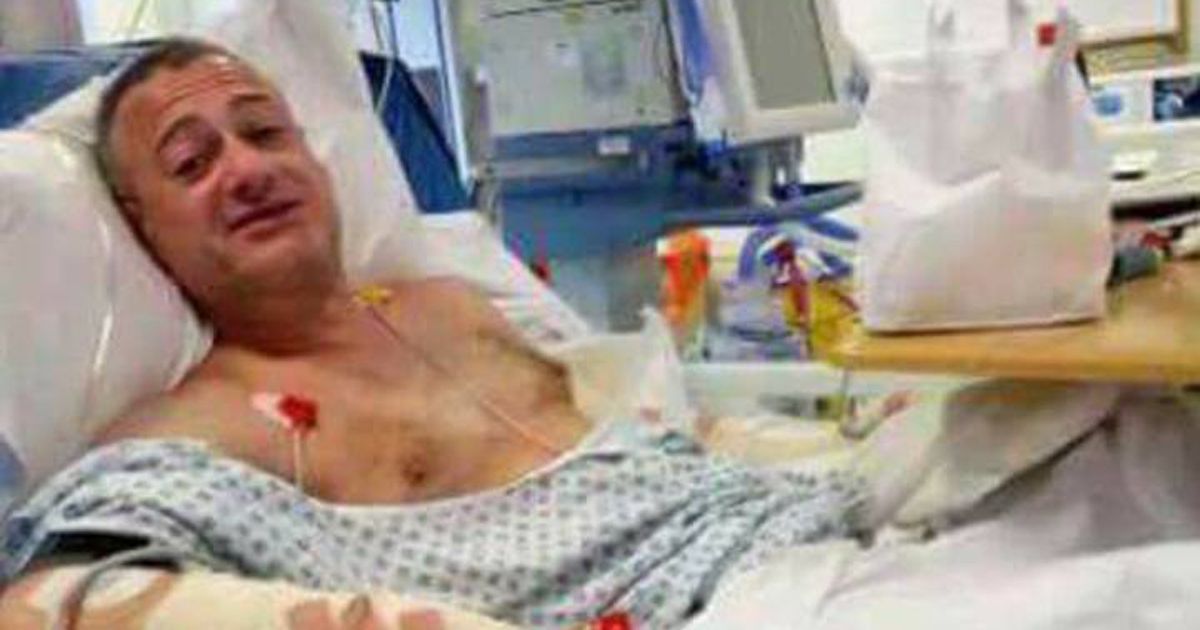 A Soccer fan in England is being heaped with praise on social media, and has been dubbed “the Lion of London Bridge,” for standing up to the knife wielding terrorists who killed 7 people in London last Saturday.

47 year old Roy Larner was eating at the Black & Blue restaurant and bar when the terrorists burst in. Rather than running away, he stayed and fought them without a weapon, which allowed other patrons to flee. As a result, he was stabbed 8 times, and had to be rushed to the hospital after the militants were shot by the police. He recently explained what transpired in the restaurant to reporters:

“Like an idiot I shouted back at them. I thought, ‘I need to take the piss out of these bastards’. I took a few steps towards them and said, ‘Fuck you, I’m Millwall’. So they started attacking me.”

He described how the three extremists smashed open the door of the restaurant to gain entry and he later saw them shot dead by police officers when they left the premises.

“I didn’t think of my safety at the time. I’d had four or five pints – nothing major,” he said. “I can handle myself. But I was out with an old person and it was out of order.”

His “Millwall” comment, is in reference to the Millwall Football Club, whose members are known for being violent hooligans. It wasn’t the last time he defiantly shouted that phrase at the terrorists.

As he shouted the same message again, the attack got even more frenzied and Roy was forced to swing wildly at the terrorists who killed seven and put 48 people in hospital in their rampage.

He added: ‘I was on my own against all three of them, that’s why I got hurt so much.

‘It was just me, trying to grab them with my bare hands and hold on. I was swinging.

‘I got stabbed and sliced eight times. They got me in my head, chest and both hands. There was blood everywhere.’

Because Larner refused to flee from the terrorists, he received a rather humorous gift from his friends.

Of course, while people like Larner were standing their ground, others did runaway, including several London police officers.

The witness told O’Carroll that armed police only arrived and opened fire on the terrorists after civilians began throwing chairs at them to defend themselves.

“The guy with the knife was killing two people. We were shouting ‘stop, stop’ and people threw chairs at them. Police came and shot straight away,” the witness said.

Journalist Onan Coca, the Editor-in-Chief at Liberty Alliance media group and the managing editor at Constitution.com, speculated that the police officers whom the witness described as “normal, community officers,” fled because they were also unarmed.

To be fair, there were also unarmed police officers who stayed to protect their fellow citizens. However, this terrorist attack is a perfect example of what happens to people living in disarmed societies. They’re not necessarily safer for it. People like Roy Larner have to stay and fight for their lives with their bare hands when the chips are down, while the people who are supposed to be protecting the public are running for their lives.