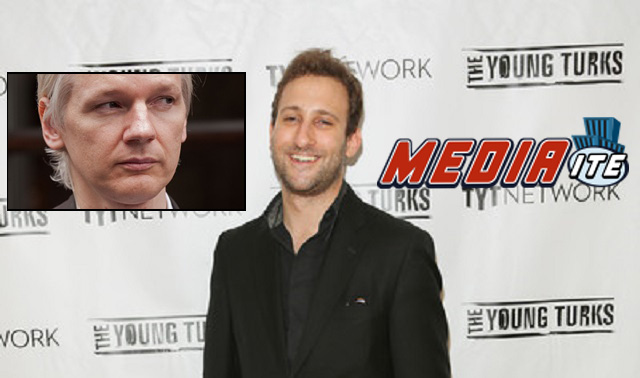 From Mediaite, ‘The Case For Droning Julian Assange’:

After a very long period of mollycoddling, the Trump administration appears to finally be getting tough with Wikileaks. During a press conference in April, Attorney General Jeff Sessions said that he was looking for ways to arrest and prosecute its mercurial leader, Julian Assange. That same month, CIA Director Mike Pompeo denounced the organization as a “hostile intelligence service,” but added that the problem of Wikileaks and Assange offered no “quick fix.”

With all due respect to the estimable CIA Director, I would proffer there is a quick fix.

We can drone Julian Assange.

In a controlled targeted strike, the United States can blow up the Ecuadorian embassy in London, where he currently resides, and put an end to Mr. Assange and Wikileaks. Now hear me out; I don’t use the “D-word” lightly. The fact is, Mr. Assange is no ordinary hacker, fleecing little old ladies or snatching R&D from Microsoft. He is a nefarious actor on the world stage. His disclosures have directly aided and abetted America’s international adversaries from Russia to ISIS, and his leaks have unquestionably made Americans and many others less safe around the world. Assange’s actions are not hacking, they are cyberterrorism — and they should be dealt with thusly.

Assange should be given an ultimatum, say 48 hours, to surrender to British authorities, or face a drone strike.

“If you accept the premise that drone attacks are appropriate in some situations where it is impossible to apprehend suspected terrorists, then a proposed drone attack against Assange seems permissible,” Robert Precht, a former public defender told Mediaite. “Giving the option of surrendering or being attacked actually seems generous.”

The amazing thing about droning Julian Assange is that, once one accepts the premise that he is drone-worthy, the elegance and humanity of that option becomes readily apparent.

The British, which the BBC estimates have spent £12,000,000 on Assange related security costs, would likely be happy enough for any solution that gets rid of him. And since there is no risk of Assange escaping, negotiations between the U.S. and Ecuador could take place with full transparency with zero risk for miscommunication.

If a credible threat of drone strike were calmly issued to the Ecuadorians, they would almost certainly eject Assange, negating the need for it in the first place. On the odd chance they refused, a date for droning could be set and publicly announced, giving Embassy staff ample time to evacuate themselves from the area. London’s finest, meanwhile, could ensure the zone was completely cordoned off from civilians.

At the risk of being trite — it would be like droning fish in a barrel.

This is your “liberal” establishment, folks. Levine’s has had this blood lust ever since Wikileaks exposed Hillary Clinton during the 2016 presidential election:

Julian Assange should be in Guantanamo Bay

Pretty ironic that @wikileaks — some of the last worthwhile journalism in the west — is now a subsidiary of the Russian government.

Incidentally, he was fine with Snowden’s leaks exposing the Bush administration:

I am old enough to remember when Wikileaks was a force for good in the world. @Snowden https://t.co/1X7CLBlsEW