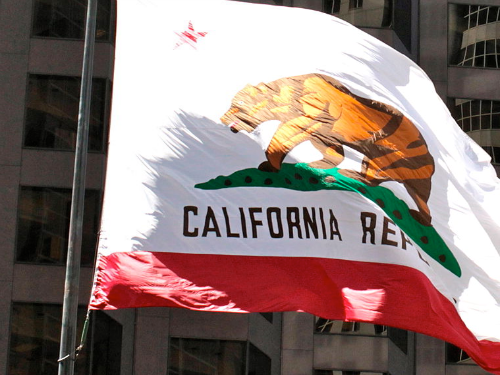 The tax increases required to implement California’s expensive government takeover of healthcare would cripple the state’s economy. Unable to make enough to cover the massive costs with an income tax hike of 15%, California would need to also jack up the sales tax rates across the state, and that would make the cost of living unbearable for most – and it still wouldn’t be enough to fund the single-payer healthcare plan.

After detailing California’s single payer healthcare plan, it was mentioned that the state still has no plan to fund this government takeover. Anyone who knows anything about economics understands that not only is taxation theft, but the higher the taxes, the harder it is to get by on a daily basis. SHTFPlan already detailed that life in Los Angeles is difficult, and the numbers of homeless have proven that. Additional taxes would simply add to that crisis. For those who have trouble putting two and two together, Los Angeles is in California.

According to Reason, the state of California’s single-payer health care proposal would eliminate premiums, deductibles, and co-pays for residents of the state, but would require massive tax increases. Those tax hikes would need to include the creation of a new, more complex version of a sales tax that would drive up the cost of living or doing business there.

There’s still no plan in the bill to cover the cost of the government’s takeover of healthcare, but the state will need as much as $400 billion annually (that’s more than California currently spends on its entire state government), and would require at least $200 billion in new revenue, if not more. Those estimates are likely conservative, however. The bill, which cleared the state Senate with a 23-14 vote on Thursday, is headed to the state House. Implementing the so-called Healthy California Act, or HCA is going to cost the residents of California, and not only in worse health care coverage but in taxes.

On top of that, without massive hikes to the income tax and the sales tax, the state simply won’t make enough money. Although the bill is silent about how the plan would be funded, an analysis published last month by the state Senate Appropriations Committee envisioned a 15 percent payroll tax increase to generate the necessary revenue. A new analysis released last week by researchers at the University of Massachusetts-Amherst, suggests that California pay for the single-payer health care plan with a new gross receipts tax of 2.3 percent, along with a 2.3 percent increase the state’s sales tax (currently 7.25 percent), “along with exemptions and tax credits for small business owners and low-income families to promote tax-burden equity.”

It’s a crime to be successful in California, and it’s punishable by taxation. But the bad news is that even with those two tax hikes, California would still only generate $106 billion in revenue. That’s far short of the $330 billion economists from Amherst say is the minimum amount needed to fund single payer. So brace yourselves, California. There will be additional taxes elsewhere if your elected officials pass this bill.

In a state that is already one of the highest-taxed in the nation, there’s good reason for officials to be hesitant about the creation of new, complicated taxes on California businesses and consumers. Gov. Jerry Brown, a Democrat, has so far mostly dismissed the idea of a single-payer health care system for California, telling reporters last month that the HCA was akin to trying to solve one problem by creating “even a bigger problem, which makes no sense.”

Residents of the state seem to feel that way too. According to polling from the Pew Research Center, less than 30 percent of all Americans (and only 40 percent of self-identified Democrats) favor having government as the sole provider of health care. In California, a new poll from the nonpartisan Public Policy Institute of California found support for single-payer state healthcare at 65 percent, but with that number dropping to 42 percent when respondents were told at least $50 billion in new taxes would be required to pay for it—and that’s an optimistic view of how much revenue would be needed

It’s like politicians don’t understand that people don’t want to pay the taxes already levied on them. Of course, they will balk at new tax hikes, and yes, that goes for Democrats too. They are showing that they also have limits when it comes to being stolen from. And if California can get this bill passed and signed into law, a mass exodus from the state by those already living paycheck to paycheck should be expected. And they’ll take all their tax revenue with them. California is fighting a losing battle and it’s amazing they can’t see it.