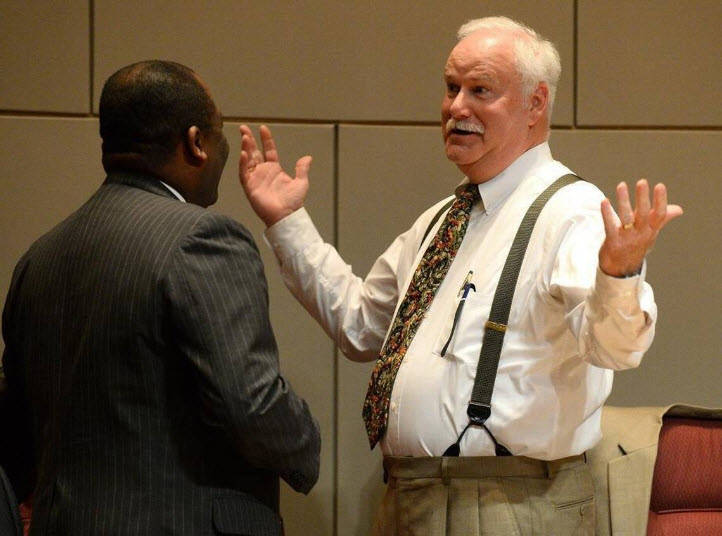 “…a proclamation honoring a specific religious holiday wouldn’t be appropriate for a government body to endorse.”

The Ramadan proclamation was added to the town meeting agenda at the last minute, but of course, there were many speakers in support of the proclamation. Those speakers also talked about the history of Islam and the traditions of Ramadan. But not the mass killing.

Further islamization of the public square. This is pathetic pandering as jihad rages across the world. Should the proclamation prevail, will these Democrat knaves designate at least one day for the thousands slaughtered in the cause of Ramadan?

Ramadan is upon us, and the Islamic State has called upon Muslims to show their piety during this month by carrying out jihad attacks in the U.S., Europe and Russia. In a new video, Muslims are told to “wait and hide for them,” that is, non-Muslims, “in houses, corners, roads,” and kill them. This is reminiscent of the Qur’an’s exhortation to “kill the polytheists wherever you find them and capture them and besiege them and sit in wait for them at every place of ambush” (9:5), and constitutes yet another reminder that Ramadan is quintessentially the month of jihad.

A jihad group explained it back in 2012: “The month of Ramadan is a month of holy war and death for Allah. It is a month for fighting the enemies of Allah and God’s messenger, the Jews and their American facilitators.” Referring to a jihad attack that happened at that time, the message continued: “One of our groups aided by Allah managed to bomb a bus full of Jewish tourists, plunderers of holy lands, after careful tracking. The holy war is not confined to a particular arena and we shall fight the Jews and the Americans until they leave the land of Islam.

During Ramadan, Muslims are exhorted to renew and deepen their devotion to Allah. Hence it is a time when they’re supposed to grow more generous and kind toward their fellow Muslims. However, the Qur’an says: “Muhammad is the Messenger of Allah, and those who are with him are severe against disbelievers, and merciful among themselves” (48:29). If the Ramadan imperative is to become more devout, the Muslim who applies himself diligently to the Ramadan observance will simultaneously become more both merciful to his fellow Muslims and more severe against the unbelievers.

Murdering infidels thus doesn’t contradict the spirit of Ramadan; it embodies it. The Kavkaz Center, a website operated by Chechen jihadists, explained in a 2010 article that the idea of Ramadan as a time for warfare against infidels went back to Muhammad’s time: “The month of Ramadan in the life of the Prophet (pbuh) and the righteous ancestors was a month of forthcoming. The greatest battles during the lifetime of the Prophet (pbuh) occurred in this blessed month, the month of jihad, zeal and enthusiasm.”

A majority of six commissioners voted to approve the proclamation at Tuesday night’s meeting. Puckett and two other county commissioners, Matthew Ridenhour and Bill James, were in opposition.

“To the best of my knowledge we have never (and I don’t think it would be proper) adopted a Resolution in support of Lent (the Judean/Christian Ramadan) Easter, Christmas, Hanukkah, Passover, Yom Kippur, Pioneer Day for Mormons, or Diwali,” Puckett said in an email to colleagues Tuesday afternoon.

The county does, however, observe Christian holidays such as Christmas, giving employees time off and closing many government offices, said Commissioner Pat Cotham. Cotham and other commissioners in support of the proclamation said some people may misunderstand Islam but that local Muslims and others around the world are warm, generous people.

At Tuesday’s meeting, Puckett told Muslims in attendance that he respected their religion and appreciated their contributions. His opposition to the proclamation, he said, wasn’t out of disrespect or dislike toward the religion of Islam or Muslims.

The board’s clerk sent an email Tuesday saying the proclamation had been added to the agenda. The co-sponsors of the proclamation are Democrats George Dunlap and Dumont Clarke, according to the e-mail. At the meeting, Commissioner Trevor Fuller took the lead on introducing speakers in support of the proclamation. Those speakers also talked about the history of Islam and the traditions of Ramadan.

But not the mass killing.

Ridenhour said Tuesday night he would have liked more time to consider the agenda item.

“It caught me very off guard,” Ridenhour said before adding that he respects Muslim beliefs and Ramadan.

But, like Puckett, Ridenhour said he feels a proclamation honoring a specific religious holiday wouldn’t be appropriate for a government body to endorse.

Ramadan began May 24 and runs to June 24. It is the ninth month of the Islamic calendar, and it’s a month in which Muslims can fast from dawn until dusk.

Jihadist propagandists have told their followers that Ramadan was a good time to kill people, and this weekend seven people were killed in an attack in London. The Islamic State claimed responsibility for the attack.

Muslim religious leaders have expressed their outrage over the attacks.

Puckett said his questioning of the proclamation is not due to terrorism.

“While I find the sentiment of the reflective and positive nature of Ramadan to be worthwhile and while this time of reflection offers hope in this religion that so often is hijacked by extremist who follow a path that is diametrically opposed to what I understand the sense of Ramadan to be, I do not support the resolution,” Puckett wrote in his email. “NOT because I have an aversion to Muslims but I have an aversion to Politics and Government tangentially endorsing a religious holiday.”

Mecklenburg County and the city of Charlotte do make Christmas an official holiday.

“If you would like to propose that Muslims be allowed to substitute taking off for Good Friday and Christmas for two days of Ramadan or any other Muslim holiday I would FULLY support,” he wrote. “Seems only fair.”