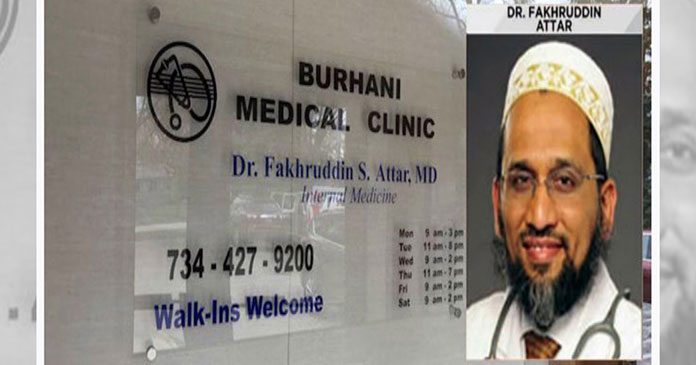 Assistant US Attorney Sara Woodward told a federal judge on Wednesday that up to 100 girls are victims of female genital mutilation in Michigan.

From the Detroit Free Press:

A federal prosecutor dropped a bombshell in court Wednesday, telling a federal judge that the government estimates that as many as 100 girls may have had their genitals cut at the hands of a local doctor and her cohorts.

Assistant U.S. Attorney Sara Woodward disclosed the information while trying to convince a judge to keep a doctor and his wife locked up in the historic case. It involves allegations that two Minnesota girls had their genitals cut at a Livonia clinic in February as part of a religious rite of passage and were told to keep what happened a secret.

“Due to the secretive nature of this procedure, we are unlikely to ever know how many children were cut by Dr. (Jumana) Nagarwala,” Woodward said, referring to the lead defendant in the case, later adding, “The Minnesota victims were not the first victims.”

Against Woodward’s wishes, U.S. District Judge Bernard Friedman granted bond to two other defendants in the case: Dr. Fakhruddin Attar, 53, of Farmington Hills, who is accused of letting Nagarwala use his clinic to perform genital cutting procedures on minor girls; and his wife, Farida Attar, 50, who is accused of holding the girls’ hands during the procedure to keep them from squirming and to calm them.

The government believes the three defendants, all members of a local Indian-Muslim sect, subjected numerous girls to genital cutting procedures over a 12-year period. To date, the government says it has identified eight victims — including the two Minnesota girls — though Woodward said the government estimates there could be as many as 100 victims. She said that’s a conservative estimate, and that it’s based on Dr. Attar’s alleged admission to authorities that he let Nagarwala use his clinic up to six times a year to treat children for genital rashes.

It’s important to keep in mind this is their culture, and therefor such actions should be considered a “benefit” of “diversity” and “cultural enrichment.” “Dr. Attar will do the jobs Americans won’t.”
Don’t think of this as “female genital mutilation,” think of it as the New York Times would say, as “genital cutting,” or “genital enrichment,” or “chastity enhancement therapy.”