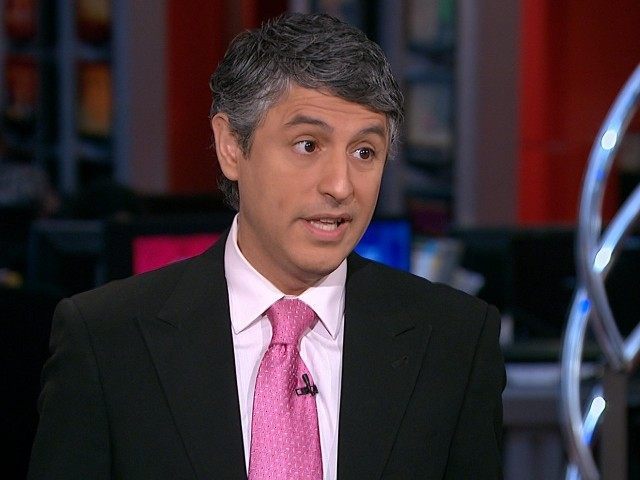 Good things come to those who blog. It certainly took those cretins at CNN long enough.

When is CNN going to give the good guys, the white hats, a show? They have been jamming this vicious propaganda down our throats for well over a decade. Basta. How about giving defenders of freedom and individual liberty rights an opportunity to  make the case for Western civilization?

CNN featured academia’s Anwar Awlaki by hosting his show proselytizing for Islam (dawah). Reza Aslan (more here and here) is the exemplar of the deceptive Islamic supremacist who is widely taken as a “moderate.” He has defamed my colleagues and me in the most obscene and deceitful terms. Robert Spencer writes that he is “thus a good illustration of how people can be taken in by such snake-oil peddlers.” Aslan claims that “women enjoy complete equality in Indonesia, Malaysia, Bangladesh and Turkey.” Yes, he is that kind of vicious liar — the bigger the better, and has made his career on lying, defaming and libeling me, my colleagues, and others. He has even fantasized about hate f**king me (raping) me.

CNN’s jihad pimp Reza Aslan is “a board member of a lobbying group for the bloodthirsty and genocidally antisemitic Iranian regime. Aslan tried to pass off Iran’s genocidally-minded former President Mahmoud Ahmadinejad as a liberal reformer and has called on the U.S. Government to negotiate with Ahmadinejad himself, as well as with the jihad terror group Hamas. Aslan has even praised the jihad terror group Hizballah as “the most dynamic political and social organization in Lebanon,” and has also praised the anti-Semitic, misogynist, Islamic supremacist Muslim Brotherhood, which is dedicated in its own words, according to a captured internal document, to “eliminating and destroying Western civilization from within.” Aslan wrote: “The Muslim Brotherhood will have a significant role to play in post-Mubarak Egypt. And that is good thing.” Millions of Egyptians obviously disagree. He has also applauded and called for the forcible shutdown of the free speech of those who hates — a quintessentially fascist impulse.”

Robert Spencer adds, “Aslan has made the ridiculous claim that the idea of resurrection “simply doesn’t exist in Judaism,” despite numerous passages to the contrary in the Hebrew Scriptures. He has also referred to “the reincarnation, which Christianity talks about” — although he later claimed that one was a “typo.” In yet another howler he later insisted was a “typo,” he claimed that the Biblical story of Noah was barely four verses long — which he then corrected to forty, but that was wrong again, as it is 89 verses long. Aslan claimed that the “founding philosophy of the Jesuits” was “the preferential option for the poor,” when in reality, that phrase wasn’t even coined until 1968. He called Turkey the second most populous Muslim country, when it is actually the eighth most populous Muslim country. He thinks Pope Pius XI, who issued the anti-fascist encyclical Mit Brennender Sorge, was a fascist. He thinks Marx and Freud “gave birth to the Enlightenment,” when it ended in the late 18th century, before either of them were born. He claims that “the very first thing that Muhammad did was outlaw slavery,” when in fact Muhammad bought slaves, took female captives as sex slaves, and owned slaves until his death. He thinks Ethiopia and Eritrea are in Central Africa.

A “renowned religious scholar” such as Reza Aslan should not make such elementary mistakes. But this is, of course, the man who writes “than” for “then”; apparently thinks the Latin word “et” is an abbreviation; and writes “clown’s” for “clowns.””

CNN no longer believes in “Believer,” the non-fiction series it launched earlier this year with Reza Aslan, the Iranian-American author and religious scholar.

“CNN has decided to not move forward with production on the acquired series ‘Believer with Reza Aslan,’” the network said in a statement. “We wish Reza and his production team all the best. “

Aslan came under fire earlier this month after using profanity to describe President Donald Trump in the wake of remarks the President made about the terrorist attacks on London. In the tweet, Aslan called Trump “a piece of s—” and expressed dismay at Trump’s use of the tragedy to promote his desire for a so-called “travel ban” on certain kinds of people hailing from specific countries in the Middle East. The author later apologized, saying, “I should have used better language to express my shock and frustration at the president’s lack of decorum and sympathy for the victims of London. I apologize for my choice of words.”

“Believer” would have entered a second season if it had been picked up.

“Obviously I am very disappointed in this decision. ‘Believer’ means a great deal to me and to the countless viewers it’s reached. Its message of religious tolerance and exploration is extremely important right now. I am deeply grateful to CNN for giving me the opportunity to launch the show and to amplify my voice on their network. I am especially grateful to the legion of people within the Turner organization who worked so hard to make the show a hit series,” said Aslan, in a prepared statement. ” However, in these politically charged times, the tenor of our nation’s discourse has become complicated, and I recognize that CNN needs to protect its brand as an unbiased news outlet. Similarly, I need to honor my voice. I am not a journalist. I am a social commentator and scholar. And so I agree with CNN that it is best that we part ways. I look forward to partnering with another platform in the future to continue to spread my message. I wish CNN all the best.”

CNN has had to grapple with other incidents of hosts and talent expressing political opinions. Late last month, the Time Warner-owned network said it would no longer feature comedienne Kathy Griffin as part of its annual New Year’s Eve broadcast, a day after pictured surfaced on social media of Griffin holding a bloody head resembling President Trump.

CNN has a significant interest in maintaining a middle-of-the-road stance to its viewers. Being non-partisan is at the root of the cable-news network’s brand, while rivals Fox News Channel and MSNBC have allowed more partisan opinion in their prime-time programming lineup. That positioning has been sorely tested in the wake of Donald Trump’s election, as CNN’s reporters and producers set about to investigate sundry controversies surrounding the Commander-in-Chief and his administration. It is not unusual during a regular CNN programming day to see “New Day” anchor Chris Cuomo grilling a Trump advisor in the early morning or Jake Tapper offering wry and unvarnished commentary about White House policy on his late-afternoon program, “The Lead.”

In January, CNN conducted an internal brand survey, eager to find out whether remarks made by Trump suggesting CNN offered“fake news” had any sort of lasting impact on prospective viewers. “There has been no diminution whatsoever in the CNN brand,” Zucker said to reporters in February. “It’s as strong as it’s ever been. It’s incredibly trusted and we see no impact whatsoever in all of those attacks on the CNN brand.”

Aslan had been seen as a notable addition to the ranks of CNN’s various non-fiction series. He co-founded BoomGen Studios, a production shingle centered on content from and about the Middle East, in 2006. He served as a consulting producer on the HBO drama “The Leftovers” and has penned best-selling books such as “Zealot: The Life and Times of Jesus of Nazareth” and “No God but God: The Origins, Evolution, and Future of Islam.” In episodes of “Believer,” Aslan examined various faiths and doctrines around the world, spending time with Orthodox Jews in Israel and a group of Indian cannibals who, in the series’ first episode, ate cooked human brain tissue.