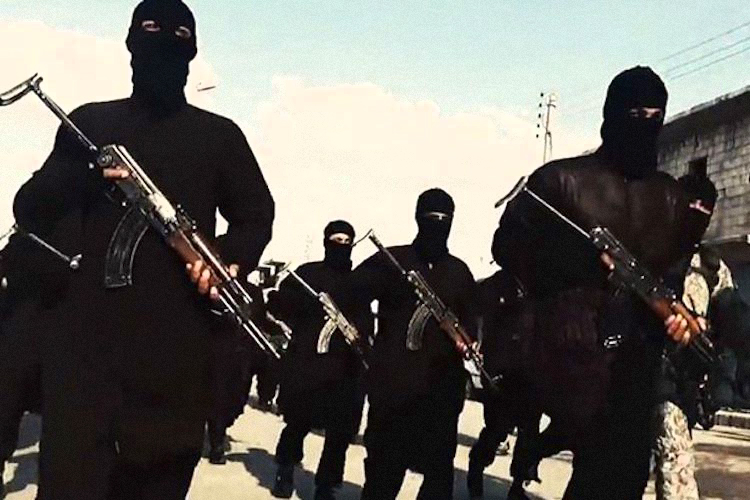 The fog of war is increasingly dense and at the center of the global war of terror, Syria, the confusion over who’s who and who’s on whose side is intentionally obfuscated by the corporate media who distracts the public with nonsense while the conflict in the Middle East escalates.

On the ground, however, the truth is no longer something that can be ignored by even the finest of American soldiers who are in the awkward position of having to train foreign fighters who are obviously coordinating with our supposed enemies, ISIS and other factions of jihadists.

Eight year Army Special Operations veteran turned journalist Jack Murphy recently penned an article titled, US Special Forces sabotage White House policy gone disastrously wrong with covert ops in Syria. The thrust of this piece is that it is impossible for American forces to tell who they are training and against whom the tactics and skills they are teaching will be applied.

“Nobody believes in it. You’re like, ‘Fuck this,’” a former Green Beret says of America’s covert and clandestine programs to train and arm Syrian militias. “Everyone on the ground knows they are jihadis. No one on the ground believes in this mission or this effort, and they know they are just training the next generation of jihadis, so they are sabotaging it by saying, ‘Fuck it, who cares?’”

“I don’t want to be responsible for Nusra guys saying they were trained by Americans,” the Green Beret added. A second Special Forces soldier commented that one Syrian militia they had trained recently crossed the border from Jordan on what had been pitched as a large-scale shaping operation that would change the course of the war. Watching the battle on a monitor while a drone flew overhead, “We literally watched them, with 30 guys in their force, run away from three or four ISIS guys.” [Source]

He goes on to explain how Syrian fighters under the guidance of U.S. forces are also working for ISIS and other combatant groups, and how this detail is being willfully overlooked or covered-up.

While the press has reported extensively on the over 100 armed groups within Syria vying for control, and the occasional report comes out about U.S. special operations troops in Syria and wasteful spending on covert action programs, the wider story about the U.S. Special Forces arming Syrian anti-ISIS forces while the CIA conducts a parallel program to arm anti-Assad regime forces has yet to be told—until now. It is a story of fraud, waste, and abuse, as well as bureaucratic infighting and a disgusting excess, which has only contributed to perpetuating the Syrian conflict.” [Source]

These statements sum up the frustration that our military personnel are experiencing in Syria, while also justifying the frustrations that an increasingly informed and concerned public have with a government who is clearly playing all sides of this conflict against the genuine interests of the American people.

As the U.S. engages the Syrian armed forces pushing us ever closer to a wider conflict with Russia, the truth about who’s who on the battlefields is being ignored and covered up by the mainstream media. In reality, the U.S. is colluding with our supposed enemies in the war-torn country, while at home terror attacks are becoming normalized. Total insanity that will lead to a major global war if unchecked.

This article (Veteran Green Beret and Special Ops Soldiers Admit U.S. Trains Our Enemies in Syria) was originally created and published by Waking Times and is published here under a Creative Commons license with attribution to Isaac Davis and WakingTimes.com. It may be re-posted freely with proper attribution, author bio, and this copyright statement.