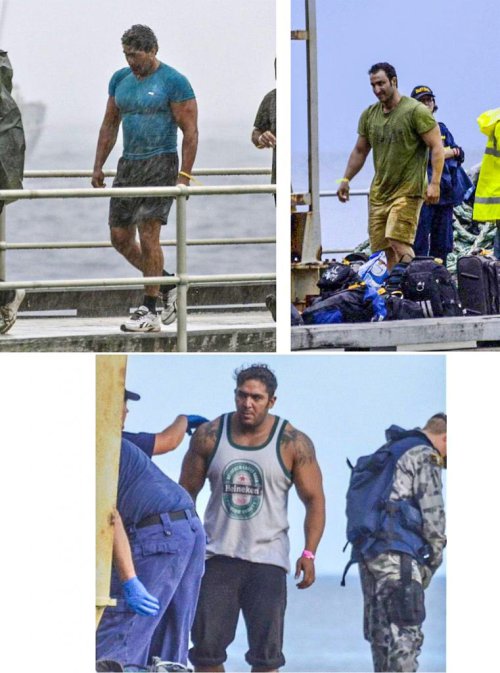 Board of directors of Byggnads, a construction workers trade union in Stockholm.

Swedish women are demonstrating their “tolerance” and “inclusivity” by having sex with so-called “refugee children” who are actually grown adult men.

The Swedish alternate news and media website FriaTider (Free Times) reports on June 4, 2017, that the trial of a woman from Arboga, a quiet town in Sweden with a population of about 12,000, has drawn attention to how middle-aged women in the political asylum industry take “refugee children” into their homes and have intercourse with them.

Note: The defendant, Johanna Möller, is accused of having a young male Afghan refugee, with whom she’s had sex, kill her father and mother.

The Swedish blog Blankspot published a comment by an anonymous woman who claims sexual relations between Swedish women and so-called refugee children are “extensive”.

As recounted by Ann Heberlein, an author and lecturer in ethics at Sweden’s Lund University, in a post for the blog Ledarsidona, the anonymous woman describes how she took a “traumatized, anxious and barely speaking” “unaccompanied refugee child” from the Migration Board to her home for a one-nighter. There she gave the “boy” a sandwich and let him sleep on her couch. The woman writes (via Google Translate):

“There will be more visits, he is located at the Migration Board’s accommodation, but I will have one night at my home. Now the sofa does not work anymore, he can bring to my bed. I text a friend, help – I have to have him in my bed! Get answers: We do it all, take it easy. It’s so, give him close proximity, that’s what you can do. I give him close proximity, he stays in a screwdriver so hard that hurts.”

Heberlein calls the anonymous woman’s account “nothing but” a description of how an adult woman uses a vulnerable, traumatized, and lonely boy or young man in a foreign country by taking him to bed to “give him close proximity.” It is a textbook example of how a sexual predator of young victims work — she seeks vulnerable, single children; connects with them emotionally; breaks down the child’s resistance by showing she cares; and becomes so important in the child’s life that he dares not protest or resist, and succumbs to her sexual demands.

“I fear that these accounts are just the tip of the iceberg. The inside stories I’ve received from acquaintances who work with unaccompanied refugees are deeply worrisome. I have heard of no less than three cases where a (female) employee resigned after marrying and / or relocating with one of the young men she’d met in her work at a HVB home. Several have told me about sexual relations between residents and employees.

‘It’s pure frame brothels,’ as someone familiar with the situation expressed it.”

Paul Joseph Watson reports for InfoWars, June 5, 2017, that a recent Swedish government study found that “extensive medical tests” show that at least 75% of so-called child refugees actually are adults. Nor are Möller and the anonymous woman isolated cases of leftist “refugees welcome” activists and volunteers having sex with migrants (not counting the ones who are raped).

“In a related story, another Swedish woman has been exposed as performing lap dances for ‘child refugees’ (migrants in their 20’s and 30’s) and having ‘intimate relationships’ with them at an asylum centre in Åmål.

Volunteers working at the Calais migrant camp in France before it was demolished were also accused of having sex with migrants by other charity workers.

A whistleblower who worked at the Calais camp said women were having sex with ‘boys believed to be under the age of consent,’ as well as prostituting themselves out to several different sexual partners every day.

The founder of CareForCalais, a volunteer charity, also left her husband for a relationship with a Tunisian migrant who later ripped her off for thousands of pounds.

Clare Moseley began a relationship with the migrant after she had ‘promoted her charity’s no sex with migrants policy’.”