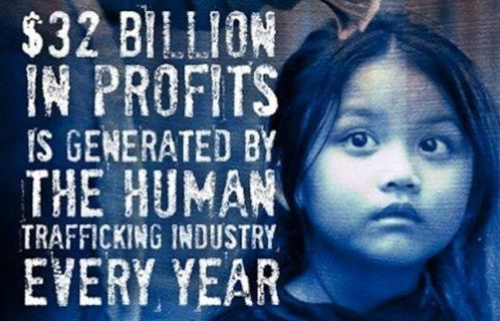 This distressing information was published in 1998-1999, but I just discovered it.

In 1998, the refereed journal Nursing Ethics (vol. 5, 6) published “Children Sold for Transplants: medical and legal aspects,” which was co-authored by:

18 years after the article was published, its “Abstract” was posted online on August 19, 2016 (source: Sage Journals):

Over the last few decades there has been a substantially higher percentage of successful organ transplants but also a significant imbalance between the demand for and the supply of organs, creating the basis for a highly profitable black market trade in human organs. Sometimes there are reports that children have been kidnapped, only to reappear later lacking one kidney, or that they simply disappear and are subsequently killed to have all their transplantable organs removed for profit. The European Union feels that there is a need for action and that it has a duty to act in this field, especially for ethical reasons. There is now established close co-operation between the various European transplant organizations. The legal protection of children with regard to organ transplantation is not specifically mentioned in the existing conventions because this issue was not foreseen at the time of their preparation. However, the issue is covered in a broader sense by more general provisions. There are endless rumours surrounding this area. Members of various organizations who travel in the suspected countries say that the trafficking in children who are sold for transplantation is well known, but it is too difficult and very dangerous to catch the people involved. We have to conclude that it has been impossible to prove or disprove the rumours, but they are consistent and we all, especially in the health care professions, have an obligation to be keenly aware of how and where organs are obtained.

The next year, on March 17, 1999, the UK paper The Guardian has this report by Mona Eltahawy on homeless children in a shelter in Menoufiya, Egypt, who were killed for their organs in a very lucrative organ-transplant black market:

Egypt‘s prosecutor-general has launched an investigation into claims that 25 children were killed at a shelter for the homeless over a three-month period and their body parts sold to wealthy transplant patients in private hospitals.

The inquiry follows allegations from members of parliament that officials in the Nile delta town of Menoufiya knew of the illicit trade and aided the shelter’s administrators. The children, many of them illegitimate, had been abandoned and left to fend for themselves on the streets.

Egypt’s Middle East news agency said the minister of social affairs, Mervat El Tellawi, told parliament on Sunday that a panel set up in June to investigate the allegations found evidence of ‘financial and administrative irregularities and that the children’s deaths were the result of gross negligence’ by those who ran the shelter. Officials there were not available for comment.

‘If these allegations are true, this is the most dangerous manifestation of the violation of the right to life,’ said Yosri Mostafa of the Egyptian Organisation for Human Rights. ‘The number of street children is increasing every day and we can’t allow their bodies to become a new source of trade.’ […]

Organ transplants from living donors must be authorised by the Medical Syndicate, which usually only gives the go-ahead when the operation involves relatives. Rich Egyptians generally travel abroad when they need transplants.

That children’s organs are illicitly harvested and sold for transplants certainly adds credibility to the speculation that very wealthy global élites may also be using children for their blood because young blood has been shown to have rejuvenating qualities.