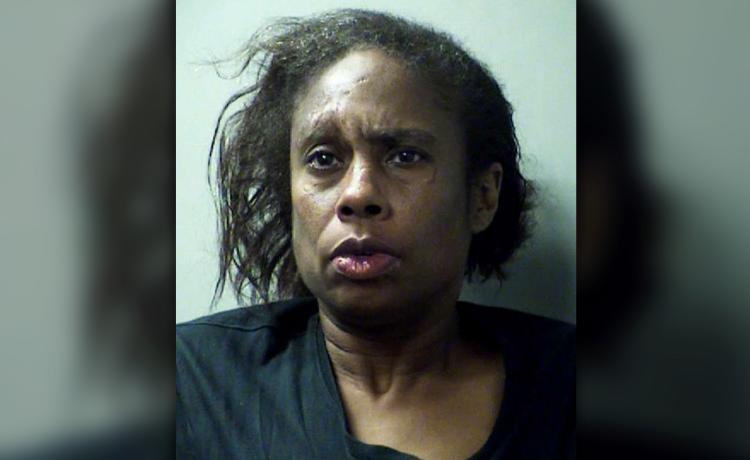 In the final months of the Obama administration, the usurper-in-chief granted clemency to a plethora of convicted prisoners, most of them for drug charges. Among those was a Texas woman, who, less than a year later, is back in prison.

Carol Denise Richardson, 49, was convicted of dealing crack cocaine and sentenced to life in prison in June 2006. Her rap sheet was quite extensive.

Now, pause just for a moment. Does anyone actually think that is a just thing to do? I’m talking about putting someone in prison for the rest of their lives at your expense for dealing drugs. If you think that is just, you really need to rethink what justice is. However, I digress.

Last July, Richardson was released from prison after Obama commuted her sentence. She was freed on July 28, 2016. However, she was to remain under supervision for 10 years.

On April 13, 2017, she was arrested by Pasadena police for theft, which violated the conditions of her release last year, according to the Houston Chronicle.

“This defendant was literally given a second chance to become a productive member of society and has wasted it,” Assistant U.S. Attorney Ted Imperato said in a statement released by the office. “She has clearly shown a willful disregard for the law and must face the consequences for her crimes and actions.”

Imperato told Ellison Thursday that, in addition to the arrest for theft, Richardson violated five separate terms of her release including failing to report that she had been arrested, that she’d been terminated from a job for not showing up and that she had changed her address.

The judge Thursday told Richardson he was disappointed that she had wasted a rare opportunity at freedom. He ordered her back to federal prison for 14 months, after which she will serve five years of supervised release.

Attorney Mark Anthony Diaz, who was assigned to Richardson’s case during the series of events that brought her back to court, said she cried throughout the hearing.

He said the theft involved $60 of stolen laundry detergent that she planned to sell to buy drugs.

So, let’s get this right. The woman was originally put away for selling crack cocaine. Her sentence was commuted by a man who smoked crack cocaine in a government whose Drug Enforcement Agency and TSA agents have been involved in drug smuggling, along with the CIA. And let’s not forget a former president’s role in smuggling drugs.

Yet, Mr. Diaz said that the root of her problem is an addiction to crack cocaine. She was clean when she got out of prison due to the fact that she had family she stayed in contact with, but later resorted right back into cocaine, which led to her stealing.

Now, Diaz has requested that she have mandatory drug rehabilitation. Fine. Who is going to enforce that and see that she gets help in that area? Who will really tell her at the root of her problem is her own sin, greed, arrogance and selfishness for doing what she is doing? Who will give her a true Gospel that will point her to a Savior from that sin and all sin, Jesus Christ?

You see, when men abandon the Law of God in terms of what is a crime and how to administer justice, they will always abandon the means of not only administering justice but providing real means for mercy and helping those who are enslaved to sin, including making idols out of substances like cocaine.

The woman most definitely needs help, but far beyond a drug rehab program. She doesn’t need prison as it is an unjust system that makes up laws and crimes in order to meet quotas and then turns and unjustly fleeces the people for the upkeep of the unjust system.

Or what of Robert M. Gill, 68, a Texas man serving a life sentence, which was also commuted by Obama in 2015, but faced 40 years in prison after attempting to buy cocaine earlier this year.

However, Obama would not issue any type of pardon for Army Lt. Clint Lorance after he saved his men from a jihad attack by ordering the killing of the jihadists, and he had nothing good to say about Edward Snowden, who exposed the crimes of our own government against us.