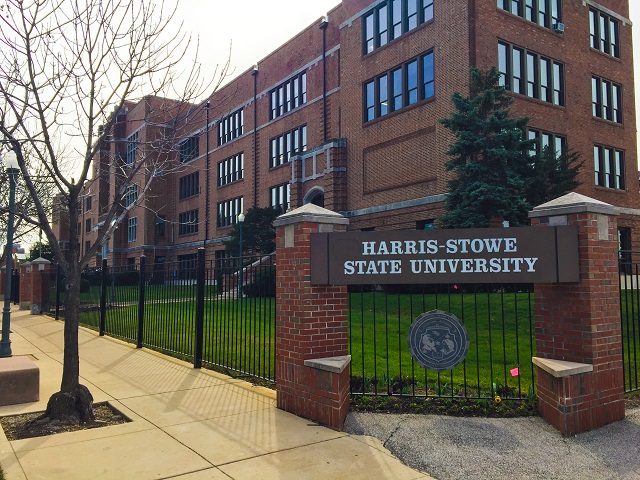 A white teacher was awarded almost $5 million in a racial discrimination suit after being fired by administrators at the historically black college of Harris-Stowe State University who were intent on making the college “blacker.”

A trial jury awarded Elizabeth Wilkins $1.35 million in compensatory damages and $3.5 million in punitive damages on her claim that she was fired in favor of less senior black teachers. She also claimed Dr. Latisha Smith, the temporary co-chair for Harris-Stowe’s Teacher Education Department, repeatedly proclaimed her belief in “black power” in emails.

Harris-Stowe’s defense was crippled by the fact that it deleted emails in Smith’s account, in violation of a court order.

“During discovery, the trial court ordered the Board [of Regents] to preserve Dr. Smith’s email account,” Judge Kurt Odenwald wrote for the three-judge panel.

“In violation of the order, the Board deleted Dr. Smith’s email account. Because of this violation, the trial court ruled, as a sanction, that the following allegations were deemed admitted: Dr. Smith’s email account contained statements expressing her desire to make the Teacher Education Department ‘blacker’ and that she recommended terminating Wilkins’s employment.”

Harris-Stowe claimed it fired Wilkins for her “inappropriate activities.”

…Writing for the unanimous panel, Odenwald noted that Wilkins earned around $67,622 a year when she was fired. She planned to teach into her 70s and had received nothing but positive performance reviews.

“The record is absolutely void of any evidence to suggest that Wilkins was unsuited for her position or that she was at risk of being lawfully terminated,” Odenwald wrote. “Yet, after her termination for ‘inappropriate activities,’ Wilkins testified that her academic reputation was ruined, that HSSU placed a letter alleging misconduct into her employment file, and that she believed she could not receive the necessary recommendations for subsequent employment. Unexpectedly thrust into the job market, the record reflects that Wilkins was interested in, and searched for, similar teaching positions at colleges or universities in the area. However, Wilkins was unable to find such a job within commuting distance of St. Louis.”

KWWL reports the appeals court ruling stated: “The Board unlawfully terminated Wilkins, not due to her competency or ability, but because of the color of her skin.”

“Rarely have we seen such manifest and open evidence of racial discrimination,” the ruling said.