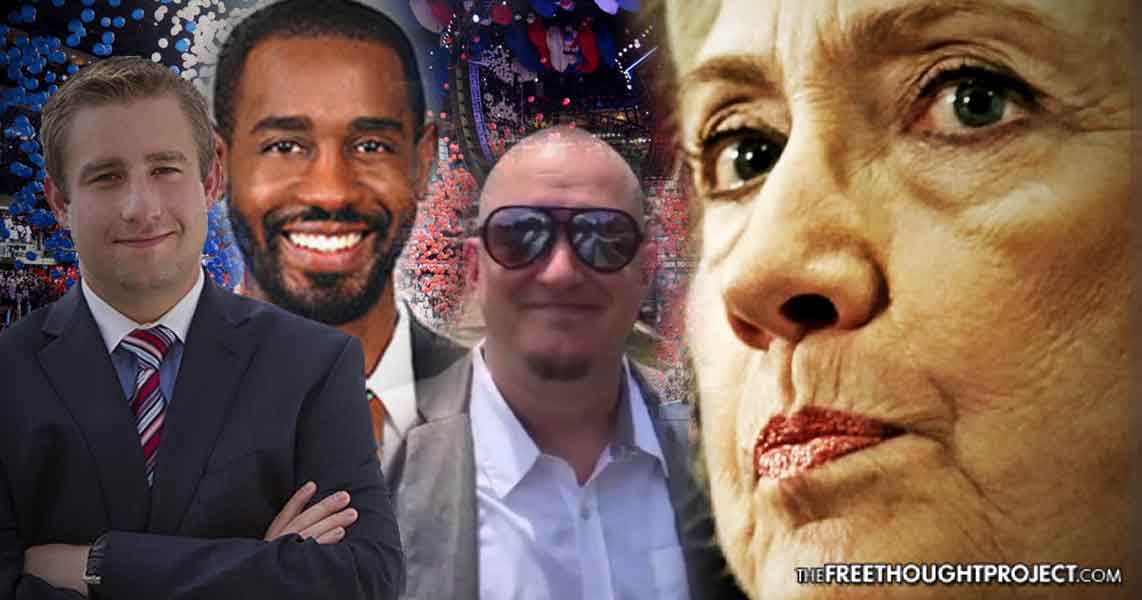 While the rest of the United States seems fixated on this week’s Senate hearing testimony of U.S. Attorney General Jeff Sessions (to discuss his involvement in the pseudo-scandal which is the meddling of the Russians in the presidential election of 2016) lawyers suing the DNC for fraud have asked for special protection for their lives.

The sheer number of plaintiffs are too many to mention in this article. The original motion to sue the Democratic National Committee and Debbie Wasserman Schultz can be seen by clicking here. They allege, thanks to leaked DNC emails published by Wikileaks, that the DNC and former Chairwoman Wasserman-Schultz actively discriminated against Senator Bernie Sanders as a DNC candidate.

All the plaintiffs who contributed to Sanders’ campaign, are members of the Democratic Party, and allege the DNC committed fraud by actively working against Sanders to help Hillary Rodham Clinton win the Democratic nomination as a presidential candidate. But that’s just the beginning. Now they’re saying they’re in fear for their lives, and they’ve described the strange things happening to some of them.

On Tuesday, six plaintiffs filed requests for special protection. Carol Wilding of Dassel, MN, a plaintiff in the case, filed a motion for special protection services. She stated in court documents someone tampered with her laptop. The computer had been moved from the mud room to the living room and placed on an end table, something she says she wouldn’t have done since she has special needs.

After picking up the laptop, the bottom of it fell open, because 10 screws had been removed. At about the same time, she noticed the doors leading into her home through her screen porch were open, and the sliding door to the home was ajar. She called the police and filed a report.

Wilding’s request for protection was the latest in a string of court filings by plaintiffs asking for special protection by the court. Four other requests were sealed by the courts and the details are unknown at this time. The first came from Florida resident Carol Wilding, of the Beck & Lee law firm.

Wilding’s employer represents some of the plaintiffs in the case against the DNC. In the court filing, she said someone called the office with a voice-masking device, and another stranger actually paid a visit to her mother’s home. The woman stated she was there to see Wilding, and asked for her by name. When her mother told her she wasn’t home, the lady left a Florida Democratic Campaign Committee “Vote-by-Mail” application with her mother.

In spite of the fact the woman had a stack of the registration forms, she did not visit any other home in the neighborhood and left as a passenger in a gray vehicle with tinted windows driven by someone else. Wilding also asked for special protection from the court.

It isn’t the first time those connected to the DNC Fraud lawsuit have been threatened or even killed. The process server, Shawn Lucas, was mysteriously found dead in 2016. He may have even known it was coming, as he actually filmed the serving of the lawsuit court documents while standing inside the Democratic National Committee headquarters in Washington, DC.

Here’s where it gets even more real. This week, Jared Beck, husband of Elizabeth Beck (principal lawyers in the lawsuit and founders of JamPac, the group suing the DNC and Wasserman-Schultz) recorded his request for special protection by the courts. In a Facebook livestream, Beck issued the following statement:

After much consideration and deliberation, we have concluded that it is time to bring these concerns to the court’s attention. As such, today we filed a motion asking judge William Zloch to issue an order providing protection of the plaintiffs, their counsel and their families, as well as all potential witnesses in the DNC Fraud lawsuit. In support of this motion, we have cited the following events: the untimely death of our process server Shawn Lucas, the unsolved murder of DNC employee Seth Rich. We believe Mr. Rich might have been a potential witness in this case. We’ve also cited the recent untimely death of federal prosecutor Beranton Whisenant of South Florida. Also recent bizarre and disturbing conduct including threats that has been directed at plaintiffs their counsel and employees, and we’ve also cited an offer to provide security by the Oathkeepers and it’s president Stuart Rose.

Beck cited three people who are no longer alive. Beranton J. Whisenant Jr., 37, was found dead at the end of May on a beach in Miami. He was working on the case.

Rich, as The Free Thought Project recently reported, is believed by many to be the person responsible for leaking the DNC’s email database to Wikileaks. And Lucas, found dead on 8/2/16 was just doing his job as a process server to legally inform the DNC of their being named as a defendant in the election rigging/fraud lawsuit.

The bodies are stacking up, and now the plaintiffs in the case are in fear for their lives. If this isn’t newsworthy to the mainstream media, one must ask the question why.