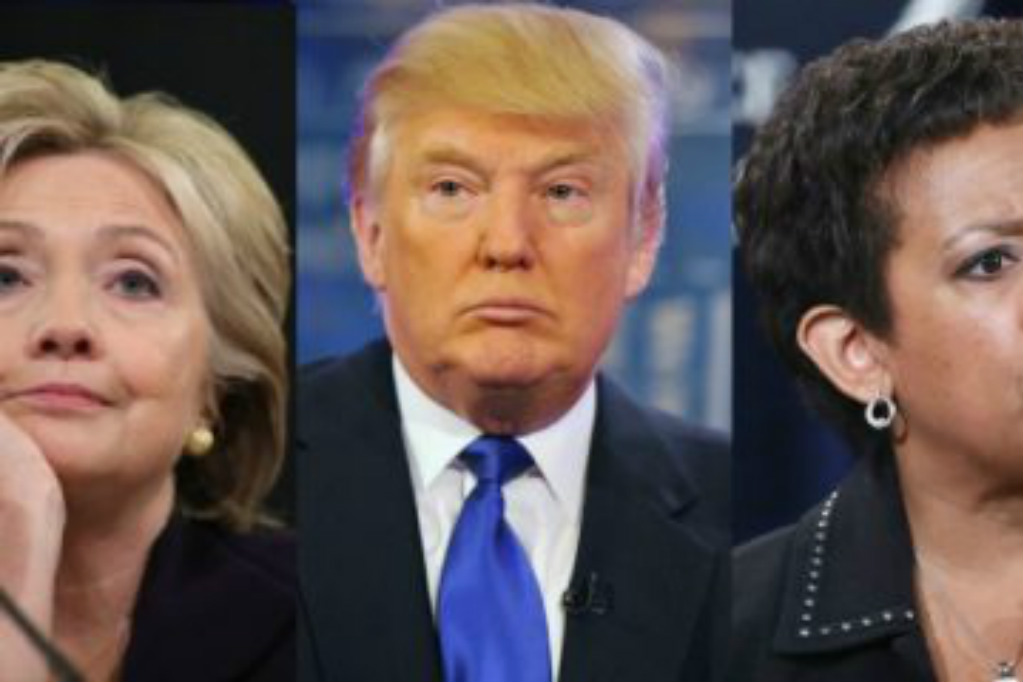 During James Comey’s testimony last week before Congress, it was revealed that former Attorney General Loretta Lynch had directed him to refer to the investigation into Hillary Clinton’s illegal email server and sending and receiving classified information through it as a “matter.” President Donald Trump took to Twitter to blast Lynch for giving Clinton a “free pass and protection.”

I’m not quite sure about the legality just yet. However, there are several things that are tied together such as the infamous tarmac meeting between President Bill Clinton and Lynch last year. We already know there was an investigation and Comey provided the nation with the results, but said he would not advise prosecuting.

Still, the fact that Lynch wanted Comey to use a Clinton campaign term such as “matter,” instead of “investigation,” should be concerning enough.

All of this also led to Senator Dianne Feinstein (D-CA), who said she was concerned about the Justice Department becoming politicized under Trump but said nothing about it when Obama and Lynch were running the show, called for an investigation to see whether or not Attorney General Loretta Lynch put pressure on former FBI Director James Comey to cover for Hillary Clinton’s presidential campaign.

“I think we need to know more about that,” Feinstein told host Brianna Keilar on CNN’s “State of the Union.” “And there’s one way to know about it, and that’s to have the Judiciary Committee take a look at that.”

Feinstein, the top Democrat on the Senate Judiciary Committee, went on to comment about Comey’s Thursday testimony before the Senate Intelligence Committee.

The California senator said in response to Comey’s claims of feeling “queasy” that Lynch asked him to refer to his investigation into Clinton’s emails as a “matter” rather than an investigation, that it would have made her feel queasy too.

“I would have a queasy feeling, too, though, to be candid with you,” she said. “I think we need to know more about that, and there’s only one way to know about it, and that’s to have the judiciary committee take a look at that.”

She then added that she did not want to mix the ongoing investigation into alleged Russian interference in the elections with a new one concerning Lynch and the Clinton campaign.

“I don’t know whether it’s obstruction of justice,” she said. “I don’t intend to draw any conclusions until investigations are finished.”

Records of that tarmac meeting may just have some much-needed answers here. Judicial Watch has sued the Department of Justice to obtain any and all information related to that meeting, including:

As for the National Security Agency, they have said they will not be releasing any recordings of the conversation between Lynch and Clinton.

I’m glad there is investigation after investigation and calls for investigations, but there needs to be resolution. The American people are weary with investigations into scandal after scandal with no resolve ever being brought from those investigations (Fast and Furious, IRS targeting, Extortion 17, Benghazi, etc.). Everyone, including the players in DC, knows Hillary Clinton broke the law with her email server, but she hasn’t even received so much as a slap on the wrist.

Now, President Trump promised the American people he would ask his attorney general to appoint a special investigator into the Clinton matter. So far, there has been absolutely no news about such an appointment.

We can sit and point fingers and raise the level of rhetoric all day long, but until the persons in the positions they are in actually do something to bring justice in the matter, it’s just more theater for political points and the people who lose in all of this are the American people.