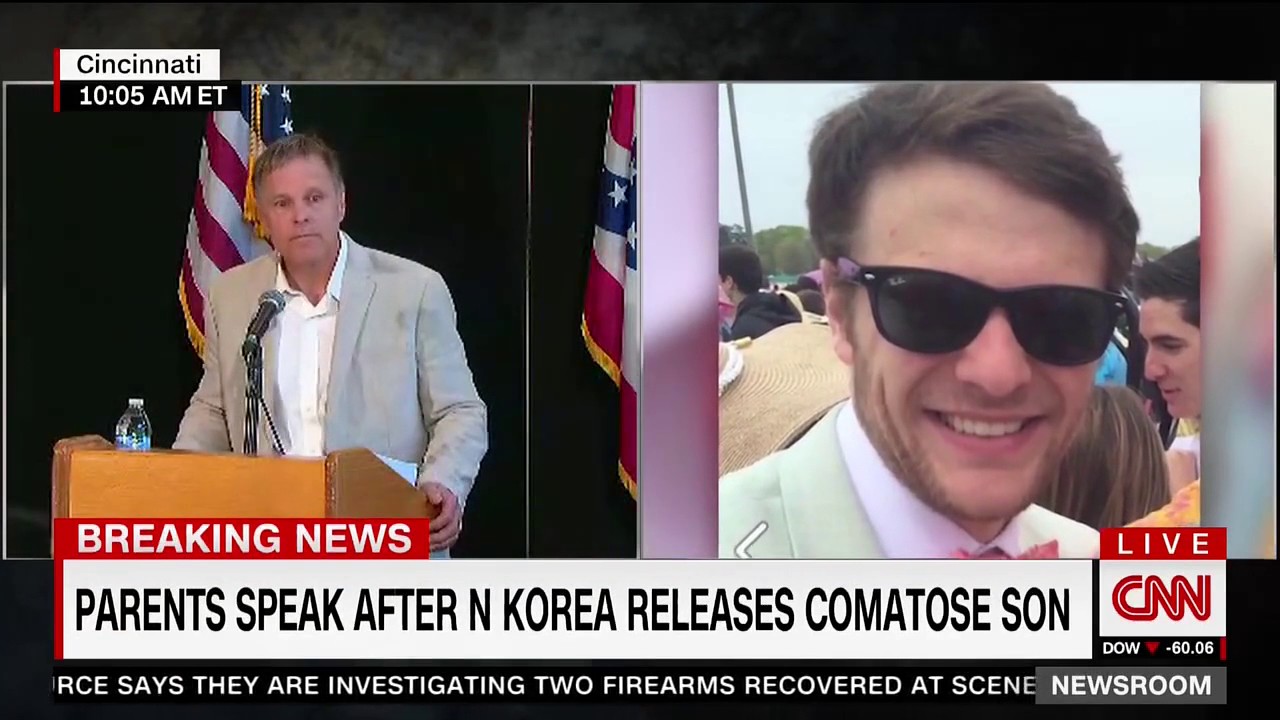 The father of Otto Warmbier, a young man who had been falsely imprisoned by the North Korean government and is now comatose after the trauma he received in their hands, had some harsh words for President Obama, but praise for President Trump.

Otto was recently returned to the United States after the Trump administration aggressively pursued a resolution to the situation with the communist regime. Otto’s father Fred Warmbier took a few minutes to speak to the media about his son’s situation and about how his release finally came together. In a series of comments dripping with contempt for the Obama administration Warmbier explained that his family had been told to “keep a low profile” while the government worked for Otto’s release. Sadly, after more than a year, the Obama administration had made NO PROGRESS, which is when the family decided to ignore the government’s advice and begin advocating more loudly for Otto’s release. However, it took Obama leaving office and the Trump administration taking the reins before the North Koreans finally acquiesced and allowed Otto to come home.

After thanking Senator Rob Portman (R-OH) for his help in freeing his son, Fred Warmbier explained how Otto’s release finally came to pass:

“When Otto was first taken, we were advised by the past administration to take a low profile while they worked to obtain his release. We did so without result. Earlier this year, Cindy and I decided the time for strategic patience was over, and we made a few media appearances and traveled to Washington to meet with Ambassador Joe Yun at the State Department.”

Warmbier then thanked Ambassador Yun and President Trump, who Warmbier said had directed the ambassador to aggressively work for Otto’s release. Warmbier then took questions from the gathered media including one about the Obama administration’s role in working to get Otto released. Warmbier once again knocked the Obama administration by pointing out that their “efforts” had been a complete failure, while Trump had brought his son home.

Reporter: “You thanked President Trump and then you also said that the past administration didn’t do enough, so do you feel like then-President Obama should have been doing more to help?”

Fred Warmbier: “The question was, do I think the past administration could have done more? I think the results speak for themselves.”