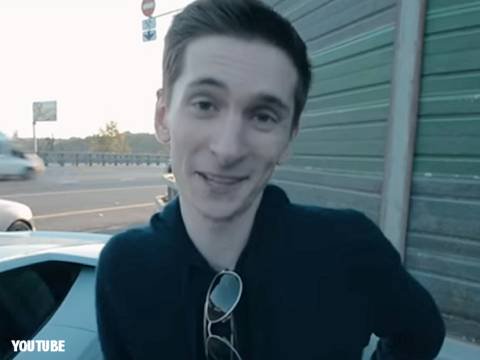 While the criminal witch hunt against our President continues apace over the nonexistent collusion between Trump with Russia, here’s a blockbuster front page news story virtually ignored by the elite enemedia. The FBI offered a Russian hacker cash and citizenship if he would confess to hacking Hillary Clinton’s email for Trump. There was just one problem: he hadn’t.

These rogue Obama plants within the FBI and other agencies, who are even trying to fabricate evidence to frame Trump, must be removed and prosecuted, or they could be the death of the American republic.

A Russian citizen accused of being a hacker by both Russia and the U.S. has claimed U.S. officials offered to cut him a deal if he admitted to interfering in the 2016 presidential election.

Yevgeniy Nikulin, 29, has found himself in the middle of an international dispute between Washington and Moscow, at the very center of which lies U.S. allegations that Russia sponsored a series of hacks targeting Democratic Party candidate and former Secretary of State Hillary Clinton in favor of Republican candidate and current President Donald Trump. On October 5, 2016, days before U.S. intelligence publicly accused Russia of endorsing an infiltration of Democratic Party officials’ emails, Nikulin was arrested in Prague at the request of the U.S. on separate hacking charges. Now, Nikulin claims U.S. authorities tried to pin the email scandal on him.

Nikulin was detained in the Czech Republic for allegedly hacking the servers of major sites LinkedIn, Dropbox and Formspring between 2012 and 2013. While awaiting trial, he claims in an undated letter reportedly given to U.S. Russian-language news site Nastoyashchoe Vremya by Nikulin’s lawyer, Martin Sadilek, that the FBI visited him at least a couple of times, offering to drop the charges and grant him U.S. citizenship as well as cash and an apartment in the U.S. if the Russian national confessed to participating in the 2016 hacks of Clinton campaign chief John Podesta’s emails in July.

Trump initially dismissed allegations of Russian involvement in the election, but has since reversed his position, while denying any personal connection to the hacks. Moscow has vehemently denied interfering in the 2016 election.

“[They told me:] you will have to confess to breaking into Clinton’s inbox for [U.S. President Donald Trump] on behalf of [Russian President Vladimir Putin],” Nikulin wrote, according to The Moscow Times.

Nikulin said he refused the deal, but U.S. officials threatened to return. He claims the visits occurred in mid-November 2016 and on February 7 of this year. Czech television has reported at least one FBI visit earlier this year, according to The Guardian, which cited an FBI spokesperson as saying the agency was “aware of the situation,” but declining further comment. The FBI is seeking to extradite Nikulin to face trial in the U.S., something he and his lawyers are trying to fight.

While the U.S. has not publicly acknowledged any connection between Nikulin and the Russian election hacking controversy, Nikulin’s arrest did attract the attention of Moscow. Nikulin is accused by Russia of hacking into and stealing from online WebMoney accounts. The Moscow-based online money transfer system claims 31 million users around the world and Nikulin is charged with stealing $3,450 in 2009, according to the state-owned Tass Russian News Agency. Moscow has also filed an extradition request.

Nikulin, a self-described used car salesman who claims he does not work with computers, denies the charges raised against him by both the U.S. and Moscow. His Czech lawyer, Adam Kopecky, said in January he and Nikulin believed the Russian national was being used as a “political pawn” amid an international feud between Washington and Moscow, according to The Guardian….