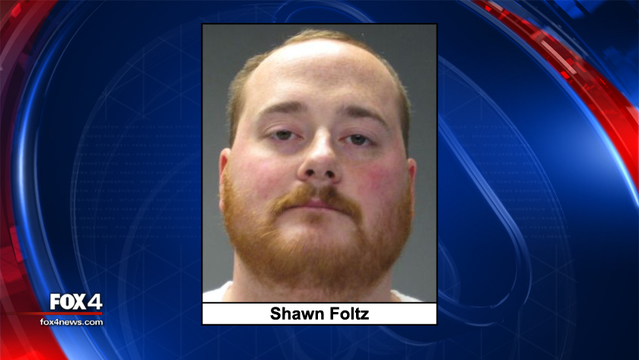 A Moorhead, Minnesota man stands accused of beating, scalding, and blowing up firecrackers on his 2-month old daughter before rubbing cayenne pepper in her eyes and choking her till she turned blue.

Shawn Foltz, 31, was charged with neglect of a child, malicious punishment of a child and two counts of third-degree assault. All of those charges are felonies.

According to KFGO radio, Foltz told investigators that he would think of ways to harm the infant while he was at work.

According to Fox 4, he also said that he snapped his daughter with a towel in the face, scalded her with hot water in the face and tossed fireworks at her body.

He also hit her with a wooden spoon and a piece of vinyl flooring on the bottom for crying.

According to the complaint:

The abuse occurred from about April 10 until May 30, when the baby’s mother brought her to the Essentia Health emergency room. There, police officers saw the baby had dark bruises over both eyes, red marks on her back and a bruise on her shoulder.

The mother told police the baby and her 3-year-old brother had been left in the care of their father at home earlier in the evening. She said Foltz claimed the injuries were caused by the older child hitting the baby with a toy gun.

Well good, but since he’s confessed to this action, why has justice not swiftly been brought? Instead, he has an attorney, Rex Tucker, who doesn’t seem to want to make a statement for obvious reasons.

Why are we not bringing justice on those who openly confess to crimes like this? Why do we waste time in an already corrupt judicial system with a frivolous trial when the guilty have confessed their guilt? Why do we prolong justice for the guilty as though we are showing mercy, but in reality, we are being cruel and unjust to the victim of the crime.