In the ever increasing global creep toward totalitarianism, some nations are stepping up punishments for their civilians caught using social media for free speech. Now Germany is in the headlines for raiding the homes of those who the government declared had posted “offensive” content on social media.

It hit the fan when it comes to free speech in Germany. Wasn’t this the country that had to fight tooth and nail to free themselves from the grip of Adolf Hitler’s censorship? It’s like some lessons are never learned. In a coordinated campaign across 14 states, the German police raided the homes of 36 people accused of hateful postings over social media, including “threats,” “coercion,” and “incitement to racism.” The goal of these raids was the confiscation of the “hate posters” Internet connection devices, according to a press release from the German federal police (BKA).

In the most ironic statement of the century, Holger Münch, president of the Federal Criminal Police Office, said “The still high incidence of punishable hate posting shows a need for police action. Our free society must not allow a climate of fear, threat, criminal violence, and violence either on the street or on the internet.” So in Germany, a free society means “don’t say things the government doesn’t like, or your home will be raided.” 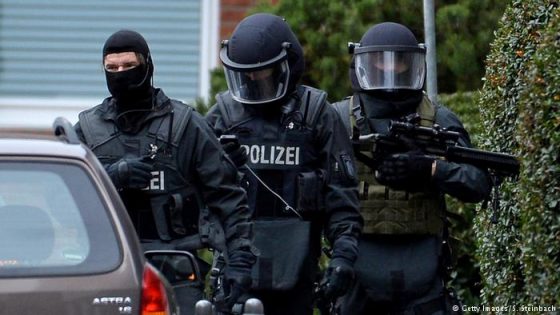 The raids come as German politicians are debating the draft of a new social media law aimed at cracking down on hate speech, a measure that an array of experts said was unconstitutional at a parliamentary hearing on Monday. The law simply dictates what one is allowed to say or not say on social media. That’s, without a doubt, a free speech violation. Of course, the German government is selling it in the name of “freedom.”

Under German law, social media users are subject to a range of punishments for posting illegal material, including a prison sentence of up to five years for inciting racial hatred. Under the draft statute, networks must offer a readily available complaint process for posts that may amount to threats, hate speech, defamation, or incitement to commit a crime, among other offenses.Social media outlets would have 24 hours to delete “obviously criminal content” and a week to decide on more ambiguous cases. The law, approved by Germany’s cabinet in April, would be enforced with fines of up to $53 million.

But even human rights organizations understand that all speech, even that which is disliked, is considered free speech, and any law against it is a human rights violation.

Human rights, including free expression, aren’t just essential to functioning democracies, but to safe and secure societies. While controversial, protecting the expression of even the most disfavored views is how we ensure that free speech is protected for all, including the most marginalized groups. –Human Rights First

Some of the posts were cruel in nature, but still free speech. According to Abendzeitung, police arrived at one man’s house in Munich at 6 am and confiscated two of his cell phones. The 23-year-old was accused of commenting that gays should hang themselves underneath a Facebook photo of two men kissing. Others were accused of making “anti-government” statements.

It looks like Germany will have to relearn all the lessons they have failed. It wasn’t so long ago that they allowed the government enough power that it exterminated millions of people. But relearning these lessons will be costly at best and disastrous at worst.