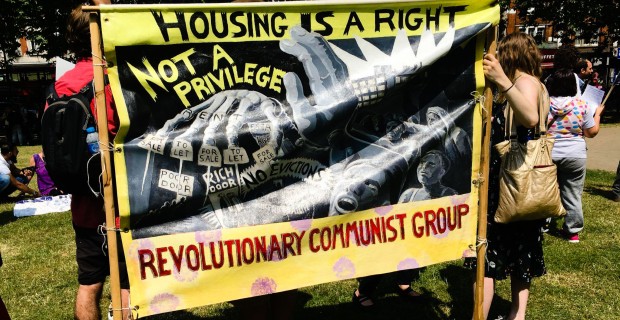 Pathetic amount of protesters vow to “overthrow government,” go home having been unsuccessful

A “day of rage” during which leftist protesters in London vowed to “overthrow the government” turned into a day of epic failure.

The demonstrators were angry about a myriad of things, including the Grenfell Tower fire, despite a charity representing the victims warning of how it “cannot emphasise enough” how much residents “do not want their grief hijacked for any violent or destructive means”.

I’ve seen more school kids out on a trip in this location than there were protesters Wednesday.

They're not even filling the junction in front of Parliament, let alone Parliament Square #DayOfRage ##DayOfWage pic.twitter.com/Ax4oshrt2z

No doubt there were many supporters of Labour leader Jeremy Corbyn’s nightmare proposal to seize private property and give it to the homeless.

Those worried about #DayOfRage Corbyntards trying to requisition their property need only place this job centre sign above their property. It has the same effect as holding up a cross to a vampire.

If you’re worried #DayOfRage Corbyntards will try to requisition your property, just place this sign above it.