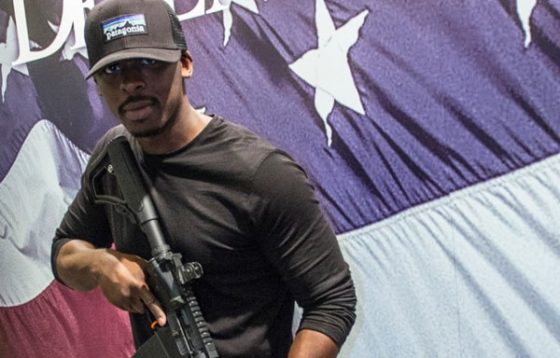 The NRA’s top players are still silent and for the most part, excusing themselves from the mess created by the death of Philando Castile. But now one prominent NRA spokesman has come out, and he thinks Castile should be alive.

As mentioned by The Daily Sheeple yesterday, the NRA did make an announcement shortly after word broke of another police officer involved shooting. Considering Castile notified the police officer, Jeronimo Yanez, that he was armed, the NRA likely felt it was a gun issue, and it’s certainly looking like that’s the case.

Yanez was found not guilty on Friday in what was obvious to most as a murder. In case it was missed yesterday, The Daily Sheeple posted the dashcam footage of Castile’s final moments.

Castile’s death was “troubling”, the NRA said, adding that it supported the right of law-abiding Americans to carry firearms, no matter their race. “Rest assured,” the statement added, “the NRA will have more to say once all the facts are known.” On Friday in St. Paul, Minnesota, close to a year after Castile’s death, the police officer who snuffed out his life was cleared of all charges in the death of Castile. Castile was a beloved elementary school cafeteria worker who had a permit for the firearm he was carrying when he died. There were protests in St Paul. The NRA remained silent.

However, the group’s most prominent black commentator, Colion Noir, is speaking out about the not guilty verdict. “Yanez walking away from this case a free and clear man is just wrong,” Noir wrote in an impassioned online post on Sunday. Though he despised “race-baiting”, Noir wrote, “covert racism is a real thing and is very dangerous.”

“Philando Castile should be alive today. I don’t feel [Yanez] woke up that day wanting to shoot a black person. However, I keep asking myself, would he have done the same thing if Philando were white?”

“I so badly wanted to keep race out of this. There are so many professional race baiters who thrive on and become rich from increasing the racial divide in this country. Because of this racial opportunism, it makes it hard to call out the more insidious elements of racism in this country vs. the isolated incidences where race doesn’t play a factor. Then again, considering other examples where “race” was legitimately a factor In previous shootings, I think it would be irresponsible not to consider race as a possible motive in this shooting.”

“All that being said, Philando should be alive today. In my eyes, Yanez screwed up big time. I don’t feel he was out to take a black life that day, but it doesn’t matter because his actions cost Philando his life. My legal mind can see why they couldn’t get to Manslaughter in the Second Degree based solely on the facts at hand, but Yanez walking away from this case a free and clear man is just wrong.”

But, this doesn’t mean that this is the view of the NRA. Noir said he was speaking only for himself, not as a spokesman for the NRA or its leadership. Noir’s comments reflect the thoughts of many gun owners, crossing racial lines. Many gun permit holders across the United States put themselves in Castile’s shoes because many get up and put on their everyday carry gun in the morning. And many face a routine traffic stop while armed as well. But perhaps there’s another reason the NRA remained silent when a gun owner was senselessly executed during a traffic stop.

The NRA would risk losing the money they make off law enforcement officers. As a lobbyist group, they probably can’t afford it after the backlash for endorsing Donald Trump for president.

Although Castile’s case could be one of race, as pointed out by Noir, it also should be black and white when it comes to gun ownership. Castile had a right to own a gun to protect himself. He lives under the same Constitution as the rest of us – the Constitution that gave Yanez his day in court to face a jury of his peers. Even if Castile was a robbery suspect (which he wasn’t) he was denied his day in court when a cop took his life.