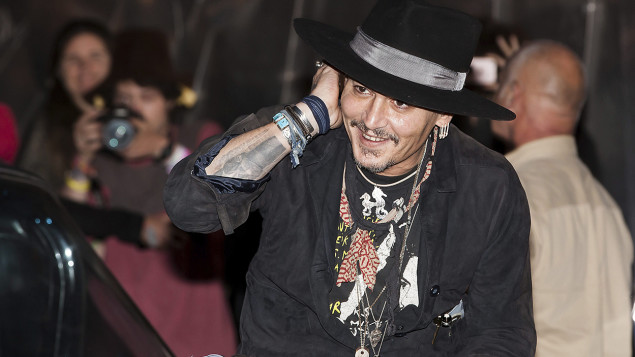 Now I fully know why.

The Guardian reports, June 23, 2017, that Johnny Depp joked about assassinating President Trump during an appearance at a drive-in cinema in Glastonbury, Somerset, England, where he introduced his 2004 film The Libertine.

To cheers from the 1,500-strong crowd, Depp said, in reference to actor John Wilkes Booth’s assassination of President Abraham Lincoln in 1865:

“When was the last time an actor assassinated a president? I think he needs help and there are a lot of wonderful dark, dark places he could go.”

But like other murderous “Progressives” who urged that President Trump be killed, Depp doesn’t have the courage of his convictions. He mealy-mouthed to the adoring crowd:

“It is just a question – I’m not insinuating anything. By the way, this is going to be in the press. It will be horrible. I like that you are all a part of it.

I want to qualify, I am not an actor. I lie for a living. However, it has been a while [since an actor assassinated a president] and maybe it is time.”

Under U.S. Code (Title 18, Section 871), threatening the President of the United States is a class E felony. Anyone who “knowingly and willfully” makes “any threat to take the life of, to kidnap, or to inflict bodily harm” upon the US president could be sentenced to up five years and/or be fined. It also includes the vice-president and presidential candidates.

The Secret Service is the agency tasked with investigating suspected cases. Although ABC News reported that the service was aware of the actor’s comment, report Johnny Depp to the Secret Service anyway:

Johnny Depp is known for playing swishy drag queens. His best friend is satanist Marilyn Manson (real name Brian Warner), who is an honorary priest in the Church of Satan.

Johnny Depp is the highest paid movie actor in the world. Don’t give your hard-earned dollars to this creep. Boycott him!

See also these other murderous actors who made death threats: