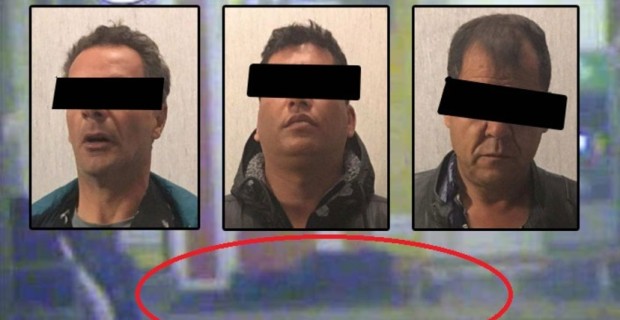 Three Arab migrants viciously beat a disabled man in Sweden while lecturing him that he was a racist in another sterling example of how the Scandinavian country is enjoying its cultural enrichment.

The three “refugees” attempted to steal a homeless man’s wallet in the Gävle train station during the incident, which took place last month.

Another man on crutches as a result of suffering brain damage from an accident then tried to come to the aid of the homeless man, but the migrants turned their sights on him.

The handicapped man was kicked and punched, receiving a vicious uppercut as one of the migrants lectured him about the “war on Muslims” and how all Swedes were “racist”.

“I am a Muslim, f**k Swedes,” the migrant roared as he carried out the beating.

After the assault, the migrants then humiliated and harassed a 17-year-old boy while trying to steal his cellphone and watch.

One of the culprits, a 32-year-old Moroccan, was refused asylum in 2010 but was later granted permanent residence after marrying a Swedish woman. Prosecutors wanted to deport another of the assailants, a 45-year-old French citizen, but the district court ruled there was “no sufficient grounds for expulsion”.

The third migrant, an Algerian, received the longest sentence, 1 year and 4 months in jail. The other two will be free and walking the streets again in less than a year’s time.

Maybe the migrants had been watching one of Sweden’s top journalists, who recently said that Swedes shouldn’t celebrate their own national holiday because to do so would be racist.

A new study recently found that 90% of shootings in Sweden are committed by migrants.

Earlier this year, veteran Swedish police officer Peter Springare blew the whistle on how in almost every violent crime he dealt with, the perpetrator had an Islamic name.

In a related story, the migrant who live streamed the gang rape of a Swedish woman on Facebook has been arrested again after attacking someone with a knife having spent just 3 months in jail.

Sweden has allowed in hundreds of thousands of new migrants over the last two years and strongly favors them over its own population.

Earlier this month, we reported on the government’s announcement that a clinic in Stockholm will no longer treat female rape victims and the money will be spent on treating ‘traumatized’ Muslim migrants instead.

Swedish women are also proving their tolerance by having sex with “refugee children” who are actually grown adult men, according to a new report.