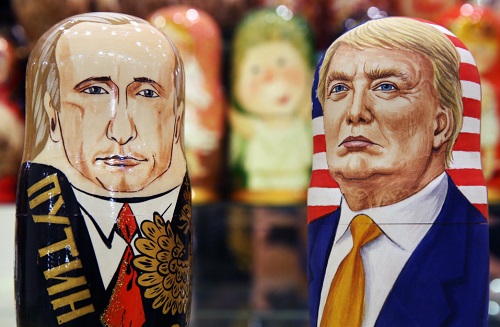 Just after the US presidential election in 2016 I published an article titled ‘Order Out Of Chaos: Defeat Of The Left Comes With A Cost’, covering a rather difficult subject matter, namely the concept of “4th Generation Warfare” and how it is used by establishment elitists to defeat popular resistance to their agenda of centralization and globalization. 4th Gen tactics are confusing to many because most people think in terms of single movements and direct correlations; they think that a punch thrown is a punch intended to strike, rather than intended as a feint or misdirection.

I’ll put it another way – some people play chess and they only see the attack in front of them. Others play chess and they see the attack three moves ahead. 4th gen warfare is a “three steps ahead” style of fighting that focuses on a very specific goal: Tricking the enemy into destroying himself, or enslaving himself, so that you don’t have to take any risks by moving against him directly. That is to say, 4th gen warfare is first and foremost about psychology. That which you see with your eyes is usually not what is actually happening.

For example, when predicting the election win of Donald Trump and the passage of Brexit, I based my conclusions on a 4th gen strategy. According to the behavior and rhetoric of globalists and their organizations at the time, it seemed to me that they were allowing sovereignty and conservative movements to gain a foothold in the political arena. They were letting us THINK that we were winning.

This accomplishes a few things – it takes conservatives off their guard and convinces them to think in terms of defending government rather than overthrowing government. The corruption has not changed, but now we have a vested interest in keeping the system going and attempting to change it “from the inside”. I hope it is clear to the majority of liberty activists today that this is a naive notion.

Conservatives are also now willing to argue in favor of the election system, because many of them think that because Donald Trump “won” the system must be at least partially legitimate. News Flash: Our election system has been fraudulent for decades. The only candidates that ever make it past the DNC and the RNC filters are the candidates the elites WANT the public to choose from.

The American public is also now viciously divided over Trump’s ascendance to the White House. The political left has been driven to the point of utter insanity, not that they weren’t already stark raving mad to begin with. Conservatives are next to be targeted with psychological manipulation, as the leftist zealotry pushes us towards the other end of the spectrum and a potentially dangerous mindset of rationalizing a totalitarian response. Where extreme social divisions exist, civil unrest and war are not far behind.

Finally, the existing economic and social framework of the US in particular has a finite lifespan. Economic instability is rampant as I noted and evidenced in last week’s article, and this has been a process ongoing since the initial 2008 credit and derivatives crisis. The old structure of America is being deliberately torn down to make way for a new structure; a single global edifice in which we are not a nation but a feudal vassal with no ideas of sovereign self determination. That said, the old world cannot be torn down outright. The globalists do not plan to take any blame for the crisis that would inevitably follow. Enter Trump, the perfect scapegoat for the next stage of fiscal collapse, and perhaps a pied piper convincing enough to lure numerous conservative groups into taking the blame as well.

Trump, a seeming enemy of the globalist agenda, takes office, then surrounds himself with the same bankers and globalists he admonished during his campaign. He continues his anti-globalist rhetoric, but his actions tend to help them. Conservatives, desperate for a hero on a white horse to ride in and stop the rushing tide of cultural Marxism, were given one…just not in the manner they were hoping for.

In the meantime, the establishment has sought to keep social tensions high. How? The political left has been played like a marionette since the election with a narrative of “Russian conspiracy”. You see, hatred is psychologically exhausting. Mobs tend to dissipate and become impotent over time. It is hard to sustain the hatred of a large mass of people without consistent propaganda. Thus, it is important to give people a reason to hate; a reason that fuels perpetual reinforcement. For leftists, the desire to hate Trump runs deep. They think he represents everything that stands in opposition to their ideology, and zealots cannot tolerate the existence of opposing ideals. But there has to be more. The left has to be convinced that Trump is a thief, a thief so heinous that he stole an election with the help of a foreign power.

Now, not only is Trump the anti-christ to leftists, he is also a false president – a pretender to the throne. This narrative is more than enough to keep the left frothing at the mouth for months if not years.

As many analysts have pointed out, there is absolutely no evidence whatsoever that Trump “stole” the election, let alone colluded with the Russian government to steal the election. Former FBI director James Comey’s recent testimony before the Senate Intelligence Committee produced nothing; no memos, no paper trail, zip, zilch. The very existence of the “Comey memos” is likely a farce.

But here is where I break with many in the liberty movement – some analysts assume that Trump is being “targeted” and that the goal is to remove him from the White House. This makes little sense to me. If the elites wanted to stop Trump they would have done it during the RNC selection process just as they did to Ron Paul, and just as the DNC did to Bernie Sanders.

Clearly, Trump is more valuable to them sitting in the Oval Office, as I outlined above. The Russian circus is going nowhere because it was never meant to go anywhere. It is distraction and drama, a soap opera for the ignorant masses. Trump will not be removed from office. If he does end up impeached, the impeachment will fail. As I have said since before the election, the establishment needs Trump as president.

So, if I am correct and the Russian conspiracy narrative is not intended to take Trump down, what is it intended for? As stated earlier, this is 4th gen warfare, and the intended target for propaganda is not always the obvious target.

As noted, Leftists are the initial target. They will continue to believe that Trump is a Russian collaborator because they want to believe it, regardless of how absurd the whole idea is. They will ignore the fact that there is no evidence to support the accusation. They will embrace the propaganda wholeheartedly and develop more violent methods to express their outrage.

The secondary target of the Russian conspiracy manipulation is conservative groups.

Here is the reality of our predicament; the US system is going to move into the next phase of collapse under Trump’s watch. Period. The math is undeniable. Every economic indicator except stocks is in severe decline, the Federal Reserve is raising interest rates to deliberately ignite greater instability and time is running out. I believe that this phase will begin before the end of 2017. When the next downturn arrives on the doorstep and in the pocketbooks of the average American, the leftists and most of the world will blame Trump as an “incompetent buffoon” or a “vitriolic fascist”.

Just as the elites need to make Trump and conservatives the best possible scapegoat for the left; they also need a perfect scapegoat for the political right. The narrative will be turned against the leftists and conservatives will exclaim that Trump was not able to reverse economic damages “created by the Obama administration” because leftists used the fake Russian conspiracy as a means to undermine him at every opportunity. Leftists will be labeled economic and political saboteurs, and this accusation will work to a point, because it is partly true.

Finally, as America’s decline accelerates, Eastern nations will without a doubt decouple completely from the US dollar as the world reserve currency and begin using the IMF Special Drawing Rights basket structure as a replacement. Russia will most likely lead this charge along with China. Americans will blame Russia in part for the demise of the dollar’s buying power around the world. And, the rest of the world will blame the U.S. for the dollar’s demise due to U.S. “imperialism” and overt sanctions against Russia. They will say we had it coming.

Perhaps you have noticed a particular pattern here? Every piece of the narrative I have outlined has already been initiated, if perhaps only in early-to-mid stages of development. This is an open dialogue common in the mainstream. And in every case, the offered culprit behind the downfall of America is always someone other than the banking elites. Anyone other than the banking elites.

A core catalyst for this geopolitical blame game is the Trump presidency and the use of the Russian conspiracy to ensure that the left remains crazy, inspiring the right towards extreme measures. Again, this is not about removing Trump, it is about manipulating the left; it is about using the Left’s cultural Marxism to trigger an iron-fisted reaction from the political right.

In my recent article ‘Operation Temperer – U.K. Will Likely Institute Martial Law Measures Within A Year’, I warned readers that the UK government has already set in motion martial law measures in response to a growing number of Islamic terrorist attacks. In the US, I think the same march towards totalitarianism will occur, but for reasons beyond foreign terrorism. Economic uncertainty coupled with a volatile left hellbent on supplanting the presidency by any means necessary may very well be exploited by Trump and the elites surrounding him to establish martial law measures in the US. And, I have little doubt that a portion of conservatives will cheer this action.

If this takes place and conservatives come out in majority support, then the globalist use of 4thGen warfare will have succeeded. They will have won. For if conservatives abandon the constitution, then no one will be left to defend the principles and heritage it represents. We will have destroyed ourselves, and the elites will have barely lifted a finger to make this happen. The game can be changed entirely, but only if we are smart enough to recognize the narrative for what it is, and only if we turn our sights on the globalists instead of hyperfocusing on the scapegoats they offer us.