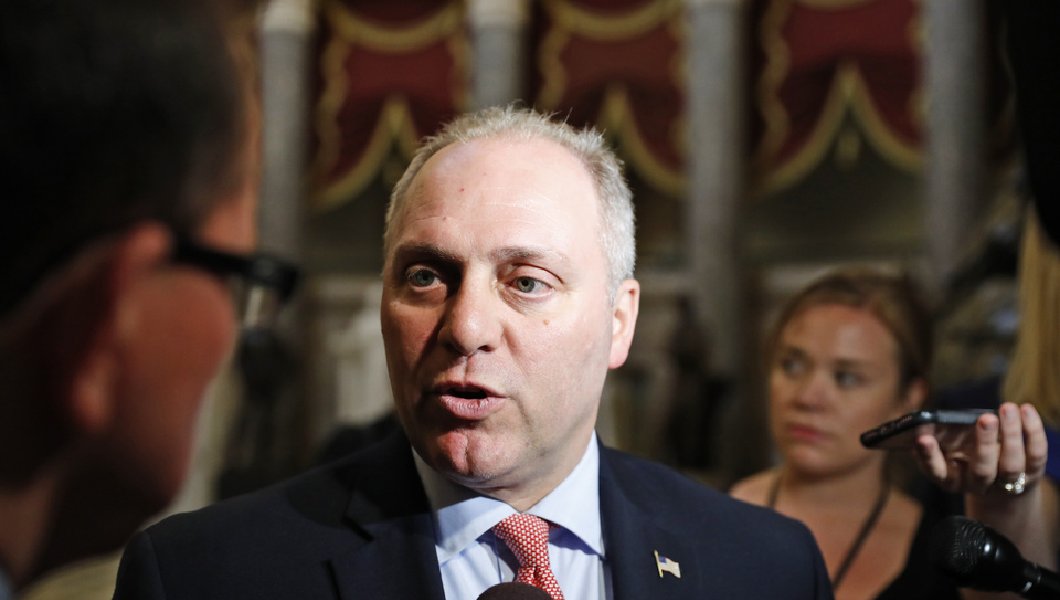 One thing is for sure, the Democrats are definitely revealing how morally bankrupt and disgusting they are. The latest Democrat, who should have had his mouth washed out by his mother, has spewed has absolute, unapologetic hatred for Congressman Steve Scalise following his being shot recently.

Phil Montag, the Nebraska Democratic Party’s Technology Chairman, recently opened his mouth and let out vulgarities with regards to his thoughts about Scalise and the shooting.

Wow, Mr. Montag, do you kiss your mother with that mouth?

Seriously, some of the venomous hatred that has been expelled by the likes of Montag and other Democrats regarding Scalise’s shooting has been nothing short of some of the vilest and wicked words to be uttered by someone, not to mention the overt hatred that is expressed.

Consider that this is the party that is always calling everyone else “hateful” and “bigoted” with regards to homosexuals, Islamists or illegals. Yet, what are we constantly seeing come out of their mouths but utter hatred for their opposition?

Social media erupted in celebrations following the shooting. Some even indicated that President Donald Trump should be shot.

“Look at Twitter,” White House aide Kellyanne Conway said. “If I were shot and killed tomorrow, half of Twitter would explode in applause and excitement. This is the world we live in right now. It’s terrible. Again it is one thing for people to say I disagree with you on the health care repeal, on taxes or national security plans, but you can’t attack people personally in a way and think that tragedies like this won’t happen.”

More Democrats piled on, including New Jersey Democrat James Devine, who said it was time to start hunting Republicans.

Even California’s Jeff LE Tourneau seemed ready to violently respond to the next conservative they run across.

These criminals continued to have a platform not for opinion, but for inciting riots and murder. They refuse to tone down their inflammatory language, but are still offering insincere calls for calmer rhetoric from the opposition.

Fortunately, others have responded to the shooting in a manner that echoes our forefathers. As Jake MacAulay recently reminded us, it is Christianity that truly unites the people following a political tragedy.

Our Separatist and Puritan English ancestors, along with our founding fathers, hazarded all to establish a nation founded, in their words, to “glorify God” and for “the advancement of the Christian religion” with all of the before-mentioned examples in play, holding the presupposition that “all men are created equal”.

You see, this tragedy in Alexandria, Virginia, is being overcome by the power of God for one reason: the blend of Christian virtue and Constitutional Justice that has been the foundation of American happiness and political prosperity for over 225 years. George Washington gave personal credence to this fact, stating:

“Of all the dispositions and habits which lead to political prosperity, religion and morality are indispensable supports. In vain would that man claim the tribute of patriotism who should labor to subvert these great pillars of human happiness–these firmest props of the duties of men and citizens.”

It would do all Americans well to be patriotic and work for the general welfare of all Americans found in the U.S. Constitution where the religion of Christianity materializes itself in governing principles.