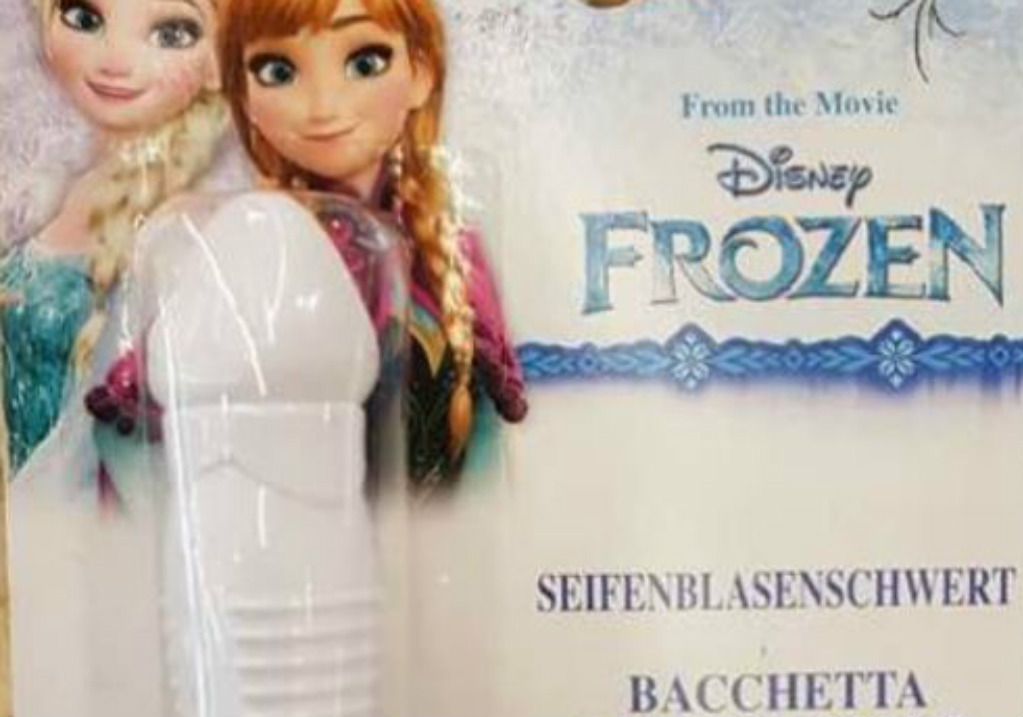 The 1977 movie Star Wars is notable for several reasons, one of which is that it marked the beginning of Hollywood’s extremely lucrative movie merchandise business. In fact, Star Wars holds a Guinness World Records title for the Most successful film merchandising franchise. In 2015, the total value of the Star Wars franchise was estimated at $42 billion.

Here are the Google translations for the non-English words on the bubble wand card, which suggest the penis bubble wand is aimed at the EU market:

Fashioning a child’s toy in the shape of a penis is a way for pedophiles to “groom” — train, accustom, habituate — children for sexual predation.