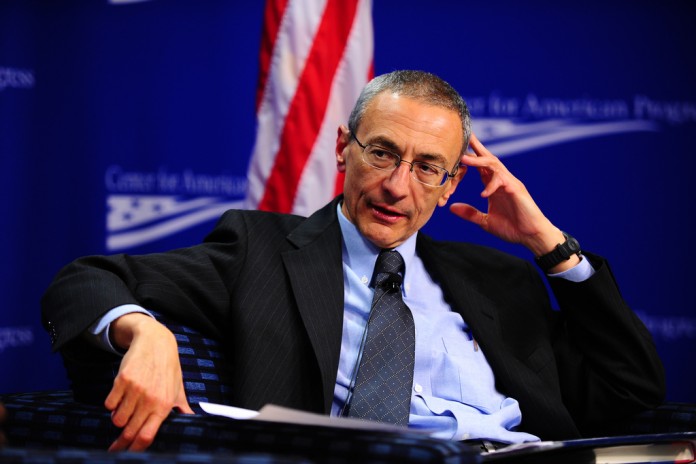 WASHINGTON (INTELLIHUB) — Former Clinton Campaign Chairman John Podesta is set to be interviewed by the House Intelligence Committee in a secret session next week over Russia’s alleged interference of the U.S. electoral system during the 2016 run-up to the general election.

Yes, this is actually happening. Despite the fact that Podesta’s very own Russian ties run deep and that he “may have violated federal law when he failed to disclose that he received 75,000 shares of stock from a company financed by the Kremlin,” as Intellihub reported back in March, the Trump-Russia investigation continues full-steam.

The fmr. campaign chair will be the first of six witnesses to be interviewed behind close doors on the matter.

John Podesta was at the center of the Wikileaks ‘Podesta emails’ scandal where researchers in the online community claim that he is heavily involved with ‘Pizzagate‘ which is an alleged child sex-trafficking ring in the District of Columbia that reportedly prompted an out-of-state man to ‘self-investigate’ a local pizzeria and fire off a round from his AR-15 rifle.