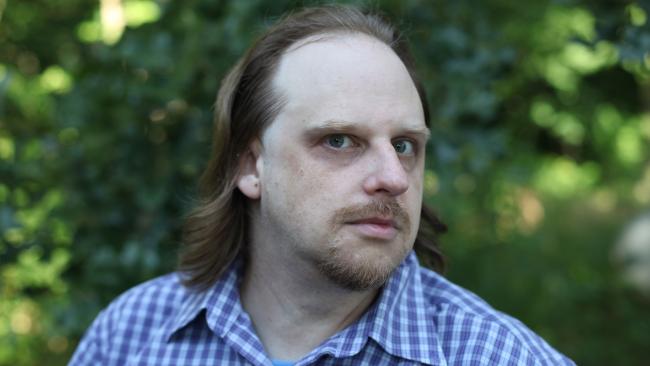 Last year Salon.com found itself in trouble over an article by pedophile Todd Nickerson where he defended sexually assaulting children and babies. Now in another low, Salon has done another article this time about sex with animals, calling it “not that weird” and a ‘forbidden nuance’:

This week, the media went nuts over revelations in a BBC documentary about Lovatt’s interactions with a male dolphin during a NASA-funded experiment in the 1960s. “He would rub himself on my knee, my foot or my hand and I allowed that,” she said. “I wasn’t uncomfortable, as long as it wasn’t too rough. It was just easier to incorporate that and let it happen.” Eventually, it became routine. “It would just become part of what was going on, like an itch, just get rid of that scratch and we would be done and move on,” she said. During the segment, a narrator intones, “Margaret felt the best way of focusing his mind back on the lessons was to relieve his desires herself, manually.” She makes sure to clarify: “It was sexual on his part, it was not sexual on mine — sensual perhaps.”

Then came the headlines. “Woman reveals sex with dolphin.” “The woman who lived in sin with a dolphin.” “The dolphin who loved me.” “This Woman Jerked Off A Dolphin — And Liked It!” “Scientist Says Relationship With Dolphin Was ‘Sensuous.’” “Woman waxes poetic about giving precious, sensual hand-jobs to a dolphin.” “‘I had a sexual relationship with a dolphin’” (despite the quotes, she never actually said that).

Judging from the collective horrified response, you would think that a human giving a handy to an animal was an aberrant, unthinkable act. But such fondling isn’t unheard of in the realm of animal research.

There are two major published examples. The first: In 1970, anthropologist Francis Burton published “Sexual Climax in female Macaca mulatta.” She wanted to answer the question of whether female monkeys experienced orgasm. Burton placed the primates in dog harnesses and cat collars to restrict their movement. Then the researcher put a “penis-simulator” into “the animal’s vagina with vaseline as lubricant,” and moved it at a pace of two to five thrusts a second. Burton wasn’t able to definitively conclude that female monkeys could orgasm, but she did identify an excitement, plateau and resolution phase, as Masters and Johnson had identified in humans.

“I think in the field it is generally thought that a similar study would never get through an institutional animal use and care committee,” says Kim Wallen, a psychology professor at Emory University who specializes in primate sexual behavior.

The second case is that of psychologist Frank Beach and his research on beagles in the ’80s. “Most of the work he did was behavioral, looking at the effects of prenatal androgens on sexual differentiation, but some of his treated animals were unable to copulate and he wanted to know if they showed normal genital reflexes, even though they did not copulate,” says Wallen. So, he masturbated the dogs and observed their responses.

In the field of sex work, these are exceptional cases. Truth is, these hands-on techniques have a far more common, everyday application: the breeding of animals. How else do you think semen samples are collected? Manual stimulation is the most common way, according to “The Encyclopedia of Animal Science.” Elephant semen is collected with the help of a hand shoved up their rear to stimulate their prostate. Should you wish to see it, there are YouTube videos available of a trainer at Sea World masturbating a killer whale’s enormous pink schlong, a man getting handsy with an echidna’s four-headed penis, a dog being jerked off by a prim-looking middle-aged woman — and so many others. It’s like the Noah’s Ark of human-animal hand jobs. These cases don’t make headlines — but allowing a dolphin to hump your foot until he ejaculates does.

There is nothing at all, EVER, that is normal about a humans having sex with animals. It is unnatural, unsanitary, and completely disgusting. It is a sin like homosexuality that is worthy of death. A reminder from the words of sacred scripture:

Whoever lies with an animal shall be put to death. (Exodus 22:19)

And you shall not lie with any animal and so make yourself unclean with it, neither shall any woman give herself to an animal to lie with it: it is perversion. (Leviticus 18:23)

Cursed be anyone who lies with any kind of animal.’ And all the people shall say, ‘Amen.’ (Deuteronomy 27:21)

There are many videos of semen collection from animals on Youtube because is it a part of breeding and is a major business. Semen from a good quality horse pays tens to even hundreds of thousands of dollars on behalf of wealthy breeders looking to raise the next prize-winning stallion in a race or show. Even if you look at the “Youtube videos” referenced in the above article about an orca, echidna, and dog, all of those videos (and they can be easily found on Youtube) are actually done by zoologists or other people who study animals for a living or breed them for profit or show, not for “relieving tension.”

Now as we have documented, there is a clear connection between pedophilia and the LGBT because most cases of pedophilia (referring to the proper definition of the act as being sexual relations between an adult and a pre-pubescent child) are homosexual men raping boys. When one looks at ephebophilia (sexual relations between and adult and a teenager), the rates are even higher that indicate the same trend, which is homosexual men preying on teenage males. The reason behind the push to legalize pedophilia is not because it has anything to do with love or even sanity, but because people who associate themselves with the LGBT, their minds and souls having been darkened by this sin as is written in St. Paul’s letter to the Romans, have no limits to their vices. For them, it is a quest for pleasure at all costs because they have no boundaries and if there are boundaries, they will attempt to tear them down to satisfy their lusts just as a serious drug addict or alcoholic will rob their own families and hurt those closest to them in order to get the money so they can continue to indulge their perverse behavior.

It is no surprise then that the sodomy laws in the USA and across the world, which are so scorned by the LGBT perverts, also include provisions against bestiality. If one separate the unitive and pleasureable part of sex from its purpose created by God, which is for the generation of new human life, then all that remains is for sex to be a means of “self-realization” through the pursuit of hedonistic pleasure with the only limitations being the individual’s self-imposed limits, which can change any time as they are subject to his will. As the LGBT crowd likes to say, “if it feels good, do it.”

Objectively speaking, not all LGBT people want to molest children. However, many of them do as is evidenced by the amount of sexual abuse of children that floats around them wherever they go like the stench of feces around a pigsty, and their hedonistic philosophy justifies their actions. The epistemology naturally follows that while not all LGBT people are interested in having sex with animals, there are a lot who clearly are and because of the same hedonistic philosophy. This is explained by the laws going back to Biblical times as well as through modern times. If allowed, the LGBT will legalize zoophilia.

But don’t take our word for it. Just ask the LGBT:

If his classmates thought being gay was weird (Beck was openly bisexual), he had a confession that would blow their minds. He told them he is sexually attracted to dogs and horses.

“I just couldn’t keep it in anymore,” Beck says. “Just for the hell of it, I figured I’d throw it out there and have them make fun of me even more.” Which they did. An 18-year-old from Arizona who graduated from high school this past year, Beck says classmates taunted him by calling him “Bestiality Dude.”

Being a “zoophile” in modern American society, Beck says, is “like being gay in the 1950s. You feel like you have to hide, that if you say it out loud, people will look at you like a freak.”

Now Beck believes he and other members of this minority sexual orientation, who often call themselves “zoos,” can follow the same path as the gay rights movement. Most researchers believe 2 to 8 percent of the population harbors forbidden desires toward animals, and Beck hopes this minority group can begin appealing to the open-minded for acceptance.

Before zoophiles can gain momentum, however, they’ll need to close ranks among their own kind. Ron, for instance, says zoos will never gain social acceptance. By asking for it, they’re tempting an even more powerful backlash. James isn’t quite that pessimistic, but he resents young zoos who clamor for rights. They lack the patience and temperament, he says, to effect social progress.

Beck believes these are expressions of fear that are natural in the early moments of revolution. “That’s the story throughout history,” he says. “People don’t want to stand up for anything, because they don’t want to get hurt.” He draws some of his own strength from the recent movie Milk, in which Sean Penn plays the nation’s first openly gay elected official, San Francisco City Supervisor Harvey Milk. “If we all stand up at once, we’ll share the load. What’s the point of living if we have to hide who we are?”

Beck will start college in the fall and hopes to become a history teacher. I asked him whether he was sure he was comfortable with my using his real name in this article. “I have the privilege of being one of the only persons to stand up,” he says. “That gives me pride.” (source)

This has been in the works for a long time. Right now, the LGBT are pulling down the boundaries and steamrolling to legalize pedophilia. Zoophilia is next.

The warning signs have already come. Now is the stage of “normalization.” Be on guard.

Daniel Radcliffe, a.k.a. “Harry Potter” in the play Equus about zoophilia. While written in 1973, the play is a sign of things to come, including the legalization of the worst forms of perversity from the darkest corners of the pagan and pre-Christian world.

Editor’s Note: The Sexual Perversion of One Generation will be the Sexual Normalcy of the Next