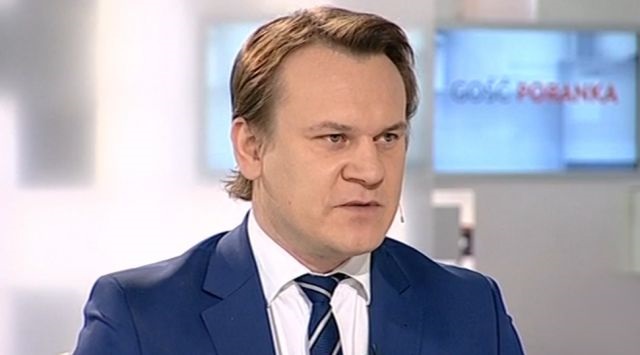 Polish MP Dominik Tarczynski of the ruling Law and Justice Party schooled a BBC host on the threat of refugees and turned her into a bumbling fool.

In an interview posted to YouTube on Thursday, Tarczynski is asked by a BBC host why Poland is not honoring their agreement to take in refugees.

“Well, basically because people who voted for us they said no,” Tarczynski stated matter-of-factly. “The previous government had this agreement and now Polish people said no, we don’t want to have this threat in Poland … and we have to respect them.”

“We have to remember that this agreement was signed by the previous government and now the situation in Poland is completely changed,” he said. “We have to listen to our people.”

The BBC host countered: “Except, if you look at it from the other side, this agreement was made by Poland not by internal Polish politics. You can see you can see how that is being seen from outside. People will say, well look, we don’t care about bickering inside Polish politics. The country has agreed to take its fair share of asylum seekers and that’s not happening.”

“It’s not not about internal politics,” Tarczynski said, “it’s about the situation in Poland, in Europe, in the world. How many terror attacks you had in London?”

Tarczynski went on to say: “I’m a lawyer, they are not refugees they are immigrants. There is a legal difference between refugee and immigrant. Refugee is the person who flees to the first safe country, not flying throughout the globe looking for the social and better life, so we are not talking about refugees.”

The whiny BBC host interrupted Tarczynski constantly throughout the interview to try and prevent him from making his points but ended up failing miserably. Listen to the full interview above.