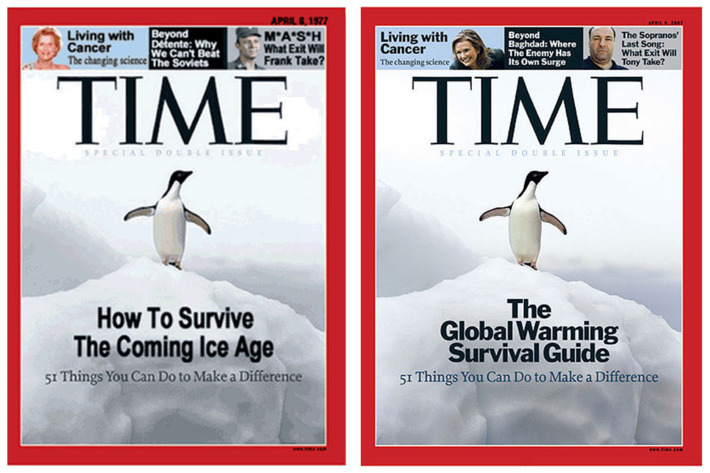 We had a recent article on Global Warming/Climate Change, but this one is going to show just how the entire idea of this is nothing more than a very huge hoax to extract huge sums of money from the United States to give to nations who have no skin whatsoever in this game. It is a total and unequivocal lie brought to the people by Al Gore and his professor Roger Revelle who had done the global warming idea just to obtain grants. Al Gore has gotten rich on his selling of the paper showing CO2 was stopped when it in most cases was never stopped or even pumped into the ground, although some has been, it will never amount to the amount needed to stop CO2 production which is also produced by our exhaling of air as we breath.

Let us look at the last sentence first, we breathe in air, which is mostly Nitrogen with a small mix of other gases including oxygen of which we need to live. But when we exhale, we get rid of Carbon Dioxide. So based upon some ideas, just being alive contributes to Global Warming? Now we know that is stupid but from here we will show how others have shown the entire ideas of global warming and climate change are both vague ideas which cannot really be born out to be 100 percent accurate.

In an article from June 23, 2014 by Mike Adams titled Global warming data FAKED by government to fit climate change fictions, Mike Adams shows that NASA and NOAA have both been caught red-handed as he states in the article.

Now, in what might be the largest scientific fraud ever uncovered, NASA and the NOAA have been caught red-handed altering historical temperature data to produce a “climate change narrative” that defies reality. This finding, originally documented on the Real Science website, is detailed here.

If one goes to the web site they will be able to view all the charts to see how they were changed to make it look like both of these government agencies wanted them to look. Here we see that the Obama administration, holding to the fraudulent ideas of GW/CC, promoted the fake ideas to ensure the United States would lose great amounts of money, we will show this a little later from another article proving the Paris Accords were never any good for the people of the United States.

With the election of President Trump we see through his actions that he knew full well that President Obama did not know how to negotiate anything and in most cases, he must have been told to just go along with what they present. This seems to be totally evident as will be shown just how bad of a deal the Paris Accords were for the United States. For now we will visit the FAKE GW/CC ideology. Mr. Adams goes on to state:

This story is starting to break worldwide right now across the media, with The Telegraph now reporting (1), “NOAA’s US Historical Climatology Network (USHCN) has been ‘adjusting’ its record by replacing real temperatures with data ‘fabricated’ by computer models.”

Because the actual historical temperature record doesn’t fit the frenzied, doomsday narrative of global warming being fronted today on the political stage, the data were simply altered using “computer models” and then published as fact.

After the Obama administration took office, however, and started pushing the global warming narrative for political purposes, NASA was directed to alter its historical data in order to reverse the cooling trend and show a warming trend instead. This was accomplished using climate-modeling computers that simply fabricated the data the researchers wished to see instead of what was actually happening in the real world.

Seeing that President Obama had helped the cause of Fake GW/CC seems to show that the United States was shoveled a huge pile of prefabricated ideas that never met the real world and like the Ex-president Obama, they both lived in delusional worlds. Now let us move on to another article, which shows how much money, and for what reason the United States was to pay it in 2020.

Allow us to select a few choice words from this article to further prove how bad the Paris Accords are and why they have nothing at all to do with GW/CC.

At his climate science critical website, Die kalte Sonne, Prof. Fritz Vahrenholt says the USA has de facto begun the exit out of the Paris Climate Accord, or CLEXIT, and that among world leaders at least Donald Trump comprehends that natural factors are at play in climate.

Moreover, Vahrenholt notes that upon really reading the Paris Accord for the first time, it is only now that the media have become surprised that it is not even a binding agreement, but instead one that only involves intentions by the rich countries to transfer cash to developing nations to the tune of $100 billion annually beginning in 2020.

Here we now see the real idea for the Paris Accords, to redistribute the wealth of our nation and other wealthy nations to nations with little or no money. All the while allowing China and India to not contribute a penny to this at all while also not having to comply with the Paris Accord. This may well have been a deal even worse than the Iran deal. Our nation was to contribute $100billion a year and with our economy like it is now, how could we do that and keep our people working?

The author goes on:

He wonders why neither Obama nor Merkel, Juncker or Macron have found it necessary so far to explain to their citizens the agreement burdens their own citizens to the benefit of no. 1 emitters China, and India.

Now with the open book showing that the Paris Accords were not in the best interest of the United States, we have to wonder what was Obama doing signing an agreement like this? It is so very revealing that now that this is out, we have elected a President that will not sign an agreement that makes the United States look like a fool. It is no wonder that the world leaders were laughing at Obama for his ineptness. Vahrenholt goes on to state even more.

Vahrenholt calculated the 2030 per capita emissions China would be allowed by the Paris Accord:

Vahrenholt describes an agreement that is totally in favor of China, a country that plans to construct 368 coal power plants by 2020 while India plans to build 370. In his view the Paris Accord is a free ride for China.

Overall the Paris Accord will hardly have any effect on total emissions.

This just seems to prove the idea of GW/CC is nothing more than a way to have the rich nations distribute their hard earned dollars to an idea that only moves money from the rich to the poor and even that is questionable since the poor will never see the money as it is used by the very people who came up with the idea to travel the world and make it look like they are doing something when they are just holding nonsense meetings.

In Vahrenholt’s view the agreement is neither about the climate nor the environment, and that its real intention was made clear by Prof. Ottmar Edenhofer of the Potsdam Institute in 2010:

Also the German professor of chemistry writes that European leaders cannot expect Trump to simply defraud his voters by not keeping his campaign promises, as controversial as some may be.

Vahrenholt, a member of the SPD socialist party, says Trump’s decision is nothing to criticize, and those who do criticize either do not understand the mechanism of Paris, or have an interest in deindustrializing Germany and the bad USA.

Here we see a leader of the Socialist Party coming down hard on the Paris Accords because it is too evil for even the Socialists to hold up to a high standard. He even mentions the fact that the United States along with Germany would be deindustrialized, meaning millions of people would lose their jobs because they had no factories to work at nor fuel to go to that job. If that is not enough to make ones head explode we will show more that should have anyone reading this article pushing to have all people read it to ensure we do not fall into the GW/CC trap.

Overall Vahrenholt sees the Paris Accord as practically dead because Trump’s most important announcement is a stop of all finances to the green climate fund, which was to be supplied with $100 billion beginning in 2020. The USA’s share is 22%.

The USA gave $55 million annually for this travelling climate circus to go to the most exotic locations of the world so that the Schellnhubers and Edenhofers of the globe could act like they were doing important things on the taxpayers’ dime.

Here, it is shown that the United States paid $55 million a year for these people to go around the world essentially begging for money so they could continue their Fake ideas on Global Warming and Climate Change both of which help fund their travels on our dime. If that does not get you mad to understand that for the last 8 years the United States gave some $440 million dollars to the elites of the IPCC so they could go around the world spreading a fear that holds no basis in real fact. In this article we have shown that the Global Warming/Climate Change ideas both have been fabricated just to enrich certain groups to continue their illusion of that to the people while in reality our world is doing just fine and will continue to do well.

Professor Vahreholt even cited another professor to show how she felt about the ideas.

In the last of that article, the professor states that our nation would do well to heed Prof. Judith Curry’s words and stay out of the phony Paris Accords and stay away from all the Global Warming/Climate Change lies. She states very clearly that the IPCC cannot be taken seriously since their models are wrong since the climate is not warming to the extreme levels the IPCC and United Nations, Paris Accords would lead one to believe. In other words, the very ideas of Global Warming and Climate Change should be taken with a grain of salt as in today’s world they mean nothing more than taking money for NOTHING!