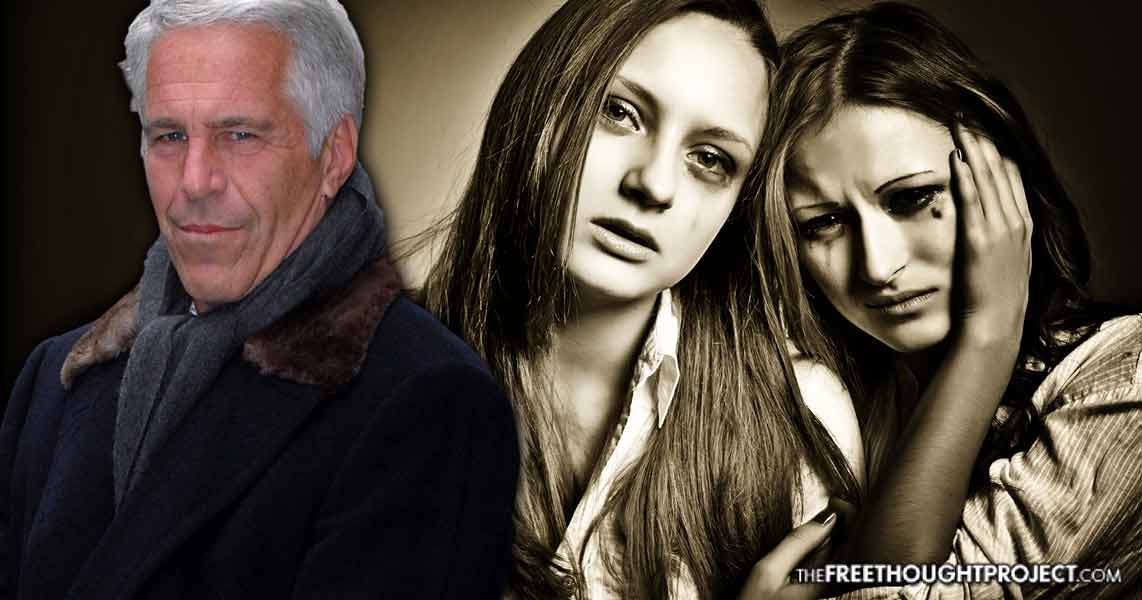 Jeffrey Epstein should have been locked up and the key thrown away, according to some who believe the “billionaire pedophile” got off easy. Epstein, who pleaded guilty in 2008 to state charges of solicitation of prostitution and soliciting minors, avoided federal charges, only had to spend his nights in jail, and was allowed to live as a free man during the daytime.

Now, as a part of a separate lawsuit against the government, prosecutors are having to defend their arrangement in the so-called “sweetheart deal” for Epstein.

Epstein only served 13 months of an 18-month sentence, while work release allowed him to go to his office and work as a money manager during the daytime hours. After his short stint in jail was over, he was forced to register as a sex offender and spent just another year on probation.

The arrangement angered at least two of his more than 30 known victims, who decided to sue the federal government for the slap-on-the-wrist plea deal to which the federal prosecutors agreed. They say they were lied to and were never notified of the plea deal’s details.

According to the Palm Beach Post, prosecutors critical of the plea deal have called it, “One of the most extraordinarily lenient plea deal arrangements in modern history.” The Post discovered, by reading court documents, Epstein may have victimized upwards of 40 girls.

Edwards and Cassell say their clients (Epstein’s victims) were left out of the proceedings and not properly informed of the plea deal prosecutors were offering. They point to a letter to Assistant U.S. Attorney Marie Villafana sent to the victims.

The letter, sent in 2008, reportedly informed them the FBI had resumed their investigation of Epstein. In other words, the victims believed he was going to be charged with federal crimes, which would have put the billionaire pedophile behind bars. Instead, he was given a plea deal and the victims contend they were not made aware of the details, thereby violating the CVRA.

According to the Palm Beach Post Villafana contended “most of the young women were extremely reluctant — or simply refused — to testify against Epstein, who had paid them to give him sexually-charged massages at his mansion.” It’s implausible to the victims’ attorneys their clients would not have testified, yet that’s the contention Villafana made to Marra in an attempt to get him to throw out the lawsuit.

Attorneys for the victims also claim Villafana didn’t notify them of the details of the plea deal. The Post wrote;

Villafana said she didn’t tell the young women about the terms of the agreement, fearing Epstein’s attorneys would use it to crush them if federal charges were filed and the case went to trial. Savvy attorneys would argue that the women were testifying against Epstein because federal prosecutors told them they would get paid restitution if they did, she said.

Per the CVRA, the victims were supposed to have been made aware of the details of the plea deal. A hearing date was set and Villafana reportedly said she immediately notified Edwards. She said she said she told him to alert his clients so they could be present at the hearing, yet none of the more than 30 victims came to the hearing. All of which resulted, arguably, in Epstein being allowed to get the “sweetheart deal” he’s now accused of receiving.

Epstein was surrounded by high-profile attorneys which included such well-known lawyers as Kenneth Starr and Alan Dershowitz. Star was the independent prosecutor whose investigation led to impeachment proceedings against former President William Jefferson Clinton, who is also alleged to have spent time with Epstein on his “Lolita Express” airplane as The Free Thought Project has reported.

Federal crimes can still be brought against Epstein, and that’s what the victims want, according to reports. The current lawsuit seeks “an official acknowledgment that what happened to them was wrong and assurances it won’t happen to others.” They’re also hoping any fines the federal government is forced to pay will be given to help victims of sex trafficking.

But, it’s not just massages Epstein was supposedly given. His victims contend they were lured into prostitution with Epstein and many of his wealthy friends, including Britain’s Prince Andrew, an allegation he denies. One such victim, represented by Edwards says she was enticed into exchanging sex with Epstein for money when she was 14 years old.

The victim is now 28-years-old and has been in and out of jail but Edwards says, “She’s carrying a heavy weight and is thinking of a class of victims that she went to high school with and who brought her to (Epstein’s) house. She’s trying to do right by them.”

If these girls do not get justice, it should come as no surprise, especially given Trump’s outspoken praise for Epstein, including referring to the convicted pedophile as a “terrific guy,” he is “fun to be with,” and “he likes beautiful women as much as I do, and many of them are on the younger side.”

We, at The Free Thought Project, believe no person, especially a billionaire, should be allowed special plea deals to avoid federal prosecution. As TFTP has contended, there’s a pedophile network at work in the U.S., whose clients extend to the highest levels of government. Any federal charges against Epstein would likely lead to the discovery of how deep and how wide such a network extends. Federal prosecutors, along with the FBI, can and should do their jobs to end such a scourge which preys upon the innocence of our nation’s youth.