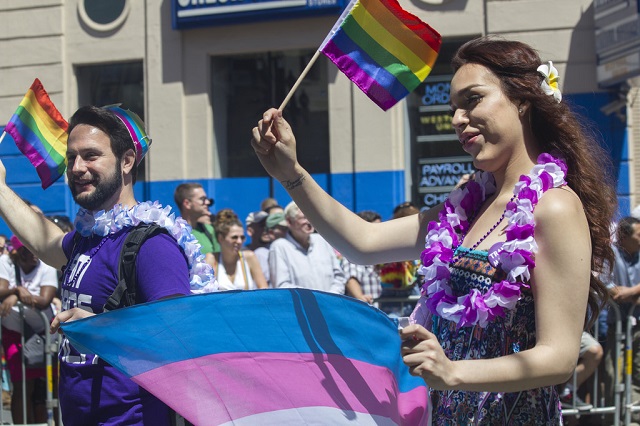 Becoming transgender costs hundreds of thousands of dollars and will turn you into a customer of expensive hormone drugs for life.

On Saturday, a redditor who says he was on a waiting list for hormone replacement therapy shared his story of how he came to realize the whole process is an elaborate scam.

As someone who has seen a “gender therapist” and was on a waiting list for hormone replacement therapy, I think there is more to the transgender movement than meets the eye.

Hi. I’ve never been much of a conspiracy theorist, but after thinking about things that happened to me a few years ago, I think I may have nearly been taken advantage of by nefarious actions from the pharmaceutical industry. I really want to get the word out, and find other people with similar experiences, and this sub seems like a good place to start.

I went to a very stereotypical high school, with all the standard cliques and shit you would expect. I was, and still am, not a very masculine person and because of this I didn’t fit in. I was far more interested in music, fashion, anime and film than sports or “getting pussy”, which made me an outcast. As a result, I struggled with self esteem issues, and generally was confused and annoyed for most of this time. Then, when I was 17, I found something that made my life make sense: transgender forums. These websites told me that my feelings were classic transgender feelings, and that I needed treatment immediately. Over the next years I began the process of changing my gender. I saw a “gender therapist, attending support groups, and even put myself on the waiting list for female hormones. Then, when I went to University, I got a wakeup call. There were loads of guys like me, who may not act like the “manly man” ideal, but still have no intention to change there gender. That’s when I realized that I was going down a dark path, and quickly abandoned the idea of me wanting to become a girl.

During my year in the transgender world, I noticed some things that made me uncomfortable. The following is common rhetoric from support groups, forums and therapists.

Everyone who feels confused is transgender. If you make a single post on a transgender forum saying you think you might be trans, you will be validated in those feelings. No matter what the story, whether it’s about enjoying “female” interests, or something that sounds more like a sexual fetish than a legit medical condition, you are trans according to the user’s.

You are trans, and don’t trust anyone who says otherwise. The most common complaint on these websites is that doctors are “gatekeeping” them. Anyone who doubts you in your feelings is evil, and you should lie and cheat your way into getting the treatment you “need”.

Asking questions is evil and dangerous”. Trans people commit suicide all the time, and asking any questions about trans ideology just makes the problem worse. Accept what we say, or gtfo.

If you are trans, you are amazing. Trans people love boosting their own and each other’s ego’s. When you are a depressed teenager who doesn’t fit in, this can be huge.

So where’s the conspiracy?

When someone takes the hormones they need for “treatment”, they are prescribe to expensive medication for life, one that requires lots of medical attention. These people are cash cows for the medical industry. Unfortunately, there are not a lot actual transgender people in the world today. So why not make more? I think that big pharma is shilling forums and paying off doctors and therapists to convince people that they need these hormones.

The average trans person, when discussing there time before transition, fits a simple mold. An awkward nerdy teenager who doesn’t act like a stereotypical manly guy and doesn’t fit in with jocks and “tough guys”. However, that description probably describes a large portion of the population. That’s where the medical company’s take advantage of people. By convincing completely normal and healthy people that the need help during a low point in their lives. High school sucks for people like me, but once you leave it gets better. University and the real world isn’t high school. But pharmaceutical companies are convincing people that the problem isn’t that high school sucks, but instead they are suffering from a serious medical problem, and they need treatment now.

What are your thoughts on my theory? Do I have a point, or am I just rambling?

** TL:DR: Big pharma is using the internet to take advantage of insecure yet completely normal teenagers and create lifelong customers**

On the off chance circumstances actually warranted it, it would be a lot easier to help a boy who thinks he’s transgender by giving him testosterone than it would be to give him female hormones and hundreds of thousands of dollars of cosmetic surgery.

How much of this whole craze is caused by low testosterone due to soy and xenoestrogen consumption from plastics?

These are the questions the medical establishment would be asking if they actually cared about helping patients rather than profiting off them.